A family holiday shouldn’t always just be about getting away for a week and escaping the monotony of everyday life; it can be seen as an opportunity to teach your children about other cultures and immerse them in the culture and the history of another country. However, mind-expanding tourism can be expensive if you don’t know where to look. Here, we’ve collected a few of the European holiday destinations that won’t make much of an impression on your bank account, but will certainly make an impression on your kids.

Athens, Greece – The site of perhaps more historical relevance than anywhere else in Europe and also boasting a number of stunning sights and cultural experiences, Athens is a perfect vacation destination for any family hoping to offer their children an educationally rewarding break. From the Parthenon to the Acropolis, the city features some of the most exceptionally preserved structures that once formed the backbone of a powerful and surprisingly progressive civilisation. 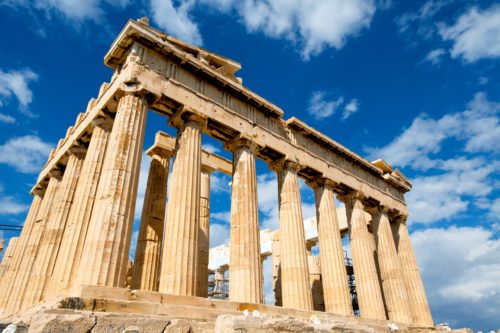 Haria, Lanzarote – When it comes to family villa holidays they don’t come much more adventurous than the enchanting palm tree-laden village of Haria. Whilst Lanzarote might be notorious for its nightlife, look away from the tourist trap towns and you’ll find an affordable and exotic location with enough to keep families of all shapes and sized entertained. From the Jameos del Agua (a network of caves designed by a famous local artist containing pools, clubs, concert halls and more) to the otherworldly “Cactus Garden,” there is more than enough to Haria to satisfy even the most demanding of families.

Verona, Italy – With the ‘original’ Romeo & Juliet balcony that supposedly inspired Shakespeare’s classic tragedy, Verona is a perfect European holiday destination for families trying to get their children interested in the bard. The city is also famous for its pizza and pasta (staples of any developing diet) and boasts a number of historically important buildings. It’s also a short drive from a number of wineries (for mum and dad) and the Roman baths in Caldiero.

Leipzig, Germany – The east German city that spawned a raft of classical composers (from Bach to Wagner), Leipzig is a must-see city break for children studying classical music. Attend a recital at the church, visit the Bach museum or catch a 360-degree movie at the old gas works. It’s not just music that brings European tourists to Leipzig either. Canoe trips along the city waterways are popular, as are day trips to the nearby Elbe sandstone mountains, which have been used in a number of Hollywood blockbusters.

Lisbon, Portugal – A city often voted as one of the very best European holiday destinations, Lisbon is a warm (in all senses of the word) and beautiful city that’s perfect for those travelling with inquisitive children. The whole region is surrounded by castles and the Oceanarium is one of the best aquariums in Europe. It’s also a perfect city for introducing your children to the joys of seafood. Because the fish served in this city is truly beyond compare.