7 Ways To Stop Mould From Growing In Your Home

Mould is one of the biggest problems around the home, especially if your house is particularly humid. Once the damp sets in and mould starts to grow, it can damage the paintwork in the house and it’s incredibly bad for your health if you’re living in a home that is covered with mould. It can also be very difficult to get rid of if the problem gets bad because even if you clean it away, it’s likely to come back. A lot of people make the mistake of simply wiping the mould off the surface but then it will just grow again a few weeks later. In most cases, you’ll have to call somebody in to dry the walls out properly and that’s going to be expensive.

When it comes to mould, prevention is always the best solution. If you can stop damp problems from occurring in the first place and take steps to stop mould from growing around the home, it shouldn’t be too much of a problem. It’s only when you let it get out of hand that it’s expensive and invasive to fix. If you are starting to notice small patches of mould around the home, these are some of the best ways to stop it from growing. 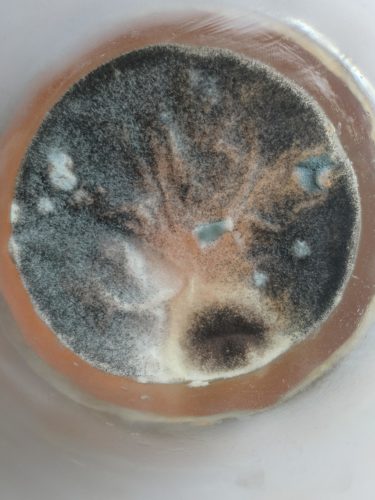 In some homes, there are problem areas where mould is likely to grow and in some cases, you won’t be able to completely fix the issue. However, there are things that you can do to improve these problem areas and stop the mould from growing further and spreading, as long as you can identify them. If you have a basement in your house, for example, it’s common to get mould down there, especially if it’s prone to flooding. If the mould is in carpets or floorboards down there, it’s likely to keep coming back and spreading but if you can take up the floors and dry everything out, that should make a big difference.

Areas that have poor ventilation, especially the kitchen and bathroom, can cause problems as well. If you’re creating a lot of steam from showering or cooking and the ventilation isn’t very good then that water will sit on walls and surfaces and eventually cause mould to grow. But if you can find ways to better ventilate those areas, you should be able to fix the problem. You can also buy mould resistant paint which will make it a lot harder for mould to develop on the walls in those rooms.

If you can identify these problem areas and keep on top of them then you should find it a lot easier to avoid mould around the home.

Good ventilation is so important because if the house is poorly ventilated, it’s very easy for moisture to build up and sit around on surfaces where it will then grow mould. Most houses are fairly well ventilated but there are certain areas, like bathrooms and kitchens as we’ve already mentioned, which can cause you problems. The good news is, there are some simple things that you can do to improve ventilation.

Extractor fans are the easiest way to stop a buildup of steam from showering so if you don’t already have one in your bathroom, it’s worth considering. Most people tend to have them in their kitchen already but a lot of people only use them when cooking something that creates smoke. Ideally, you should be using it whenever you cook so all of that steam goes straight out before it gets a chance to settle. Even if surfaces don’t seem particularly wet, the extra moisture in the air will still cause you problems.

If rooms are fairly small, extractor fans might not do enough to remove all of the excess moisture. In that case, you should just try to open a window if you’re cooking or using the shower, as long as it isn’t too cold. Leave the window open for half an hour afterward and all of that excess moisture in the air will dissipate.

Condensation is a big problem in some homes and if you allow it to build up too much, mould will start to grow. It’s fairly easy to tell if you have a problem with condensation if you check around the windows because it often builds up on the windowsill. You need to be especially careful of this if you have wooden windows because it can cause the frames to rot and they’ll be expensive to replace. Double glazed windows may also get condensation between the panes and if mould starts to grow inside, it’s going to be a lot of hassle to fix. In most cases, you’ll probably have to have the window panes replaced.

Condensation can appear in other areas of the house as well, not just on the windows so it’s important that you find ways to eliminate condensation before it causes mould to grow. Good ventilation is a big part of that because excess moisture in the air will lead to condensation but you also need to ensure that the house is well insulated and the windows are in good condition as well.

Some homes are incredibly difficult to ventilate well and have a lot of problems with excess moisture in the air and condensation. If you’ve already tried everything to ventilate the home properly but it just doesn’t seem to be making a difference, you should consider buying a dehumidifier. You can put one in problem areas like the kitchen or bathroom to work alongside an extractor fan or an open window and remove as much moisture as possible. Just be aware that they can be quite expensive to run so it’s best to find other ways to ventilate the house before you resort to a dehumidifier.

It’s also a good idea to buy a humidity reader for the home so you can keep an eye on the levels of humidity around the house. A lot of the time, it’s not easy to tell that the air is too humid but if you use a detector, you’ll know and you can turn the dehumidifier on for a while until the humidity levels drop.

Mould isn’t just caused by excess moisture, bacteria in the home also has a role to play. If you have areas of the home that are quite humid and they’re also not very clean, you’re creating the perfect environment for mold to grow. That’s why it’s so important that you keep the house clean and tidy. Make sure that you’re wiping down surfaces using a good antibacterial cleaner to kill off any germs that may encourage mould growth. There are a lot of spots that people miss like behind the toilet or on top of kitchen cabinets and there is always the chance that mould will grow there so you need to be thorough with your cleaning. Make sure to move furniture and clean behind it every now and again because it’s in those dark corners that get neglected that mould is likely to start growing. If you have a very busy work and home life and you’re struggling to find the time to clean the house properly, it may be worth calling in some professional cleaners every now and again to do a deep clean and get all of those problem areas where mould is likely to grow.

Leaving water on surfaces is another simple mistake that people make and it can easily lead to mould growth. If you’re working in the kitchen and you splash some water on the surface, you might decide to just leave it to dry naturally. The problem is, it’s putting excess moisture into the air and if it seeps into gaps at the back of the worktop or around the edges of the floor, it will sit there and start growing mould. Worktops can also get water damaged and develop stains quite easily if they are left wet. It takes no time at all to just wipe those spills up and it will make a huge difference.

If you have leaking pipes, you’re going to get mould, it’s as simple as that. The water will leak out into walls and ceilings and cause damp which then leads to mould problems. If you wait until a leak happens before you start dealing with it, you’re making things a lot more difficult for yourself. But if you get the pipes serviced on a regular basis and carry out routine maintenance as and when needed, you’ll avoid any big leaks that are likely to cause a problem with damp and mould.

Once you have a mould problem, it’s incredibly hard to deal with because it will just keep coming back until you deal with the root cause of it. But if you can stop those problems from developing in the first place by taking these preventative measures, it’s not actually that difficult to deal with mould around the home.