You might not add up the minutes, but we spend a lot of time going in and out of the bathroom. From going to the toilet to washing and putting on makeup, it gets used for many things. In a modern home, it only makes sense that your bathroom has some modern conveniences that make it more pleasant to use. Whether you have a family or you live alone, you should be able to enjoy your bathroom as much as possible. Some small additions can make a big difference, but you might want to consider some more significant changes too. 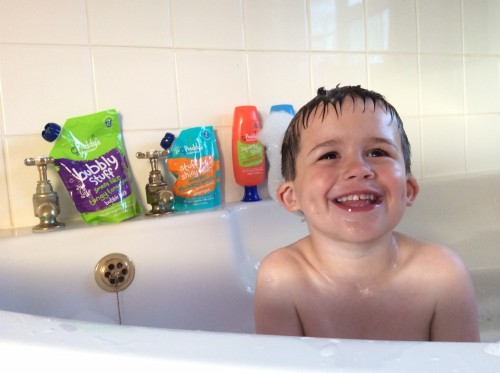 People are always trying to find ways to make their bathroom cleaner and reduce the chances of making a mess. It’s difficult to avoid the spread of germs in the bathroom if you have a toilet in there. One issue many people have is that they need to touch their taps before washing their hands, then touch them again to turn them off. To solve this issue, you might consider having hands-free taps. One option is the sort of taps you get in hospitals and care settings, which you can turn on by pushing with your arm. But you might also consider taps with automatic sensors.

Getting out of the bath or shower is something you might be reluctant to do, especially during the winter when it’s not as warm. Having a fluffy, warm towel to wrap yourself in can make you feel a lot better. Heated towel rails like those from OnlyRadiators.co.uk come in a range of designs so you can pick one that works for your bathroom. As well as giving you a nice, warm towel, they’ll also help your towels to dry faster once you’ve used them. Heated towel rails might not be that modern, but they’re more efficient today, and they can look very contemporary too.

If you love a good bath, you don’t necessarily want to just lie back with your thoughts. Sometimes you want to bring a book into the bath with you, or maybe even a glass or wine or cup of tea. But you need somewhere to put these things, which is where a handy bath tray/caddy comes to your rescue. Even if you don’t catch up on your reading in the bath, it’s great to have somewhere for your shampoo and loofah. Otherwise, you have to try to balance everything on the side of the tub. You can find some options at wayfair.co.uk.

This one is likely to split people a little. A bidet is something you might come across more often when you’re on holiday on the continent, rather than in a British bathroom. But many people who have them love them and wouldn’t get rid of theirs if you paid them. To some, there’s not much point to bidets, but to others, they’re a must-have bathroom item.

Your bathroom might be perfectly functional now, but it could still be better. Make it more convenient with some extra touches.