All You Need to Know About the Broken Plan Decorating Trend

There was a time not so long ago when fresh from watching hundreds of Grand Design episodes showing Kevin McCloud and ambitious home builders loudly extolled the virtues of open plan living that such layouts were the very height of modern design. For many years now we’ve been in love with open plan living and the freedom it provides but now, now there’s a new kid on the block. The good news is you won’t need to shed your space in favour of separation. In fact, a few barriers can go a long way in the land of broken plan living, the newly emerged trend being championed in the media by publications such as The Guardian.

Why are we suddenly talking broken instead of open?

In the recent RIBA house of the year awards, the phrase broken plan was used by one of the judges, Mary Duggan, to describe a feature of many of the shortlisted properties. Many of the homes that were put in front of her for consideration have the common feature that they’re in essence open plan living spaces but with elements of interconnection built in. The expert explains in the Guardian: “Broken-plan living was a topic that came up during the tour.”

While we inevitably have programmes like Grand Designs and Location, Location, Location to thank for helping open plan living to take hold here in the UK, broken plan living is apparently being driven by our changing leisure habits and the technology behind them. Long gone are the days when kids retired to the computer room after a family dinner to consult Encarta for help with their homework. Now, thanks to on demand TV there’s no real need to be in separate rooms while partaking in different activities and even if the whole family wants to watch different things they can do so on different devices all in one place. That said, sometimes a little distance is preferable for this type of activity and according to Ms Duggan that’s what’s behind the broken plan trend – a desire for a little privacy when playing on our tablet computers or even working from home. Open spaces are still very much on trend but there’s a need for pockets of separation, what equates to old style snugs in very new style homes. 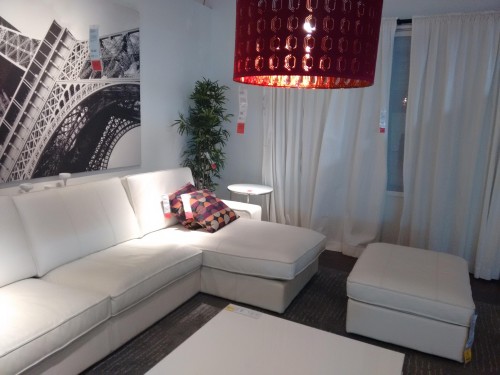 How can you embrace broken plan living?

If you have an open plan home you might already have made your own personal adaptations to your space, so that it contains separate areas that work for you. You might have an entertainment area that sits on the upper part of a split-level space or perhaps you have fashioned your own office space by sectioning off an area with floor to ceiling bi-fold doors like these classic designs made by Creative Doors Direct. As broken plan living is about making a space work for you, there’s no real need to start re-erecting walls, it’s all about making considered use of all that beautiful open space and finding your own little nook within it.

Has your interest been piqued by this post? Do you really rather like the idea of creating a cosy spot where you can sit and read a book away from the action or do some online shopping without double screening in front of the TV? Get started on your own broken plan living arrangement now by using items already in your apartment such as bookshelves or other furniture to help you section off a more private area.

A change of circumstances, such as becoming a parent might also create a need for more broken plan living. Open spaces can be really freeing unless you’re chasing a toddler from one end to the other while picking up toys that are scattered from the kitchen area through to the wider living space, then distinct areas can definitely have their merits!

What do you think about broken plan living? Is it something you’re already on board with? Have you recently moved from open plan living into something a little more separate? If so, did you work on the existing space or up sticks? Share details of your projects below!

Like Loading...
This entry was posted in Blogs and tagged broken plan, Grand Designs, interiors. Bookmark the permalink.