What do your children’s dreams mean? #DreamsExplained

If you asked my son what he dreamt about in the night he’d say nothing, if pushed maybe Paw Patrol. I find that really hard to believe, but maybe he is just one of those people who don’t dream vividly and just don’t remember them in the morning. I have the most vivid dreams, often quite terrifying night terrors. I remember as a child having a recurring dream, a dream which I still sometimes have, which still has me waking up feeling panicked.

The dream I had most often as a had me chased through the narrow and maze-like streets of a steep hilled harbour town, dashing through dark tunnels, skittering across slippy and steep cobbled streets and eventually hurling myself over the harbour wall to escape. I don’t know what I was running from, but it obviously terrified me. It was all so vivid and I used to have it almost weekly.

Of course a quick internet search of that kind of dream can give me an idea of what it was all about, it was an anxiety dream putting me in a fight or flight situation. I think anxiety probably plays a part in a lot of my dreams. Looking back I’m surprised I was having anxiety dreams so young, I don’t remember being an anxious child. 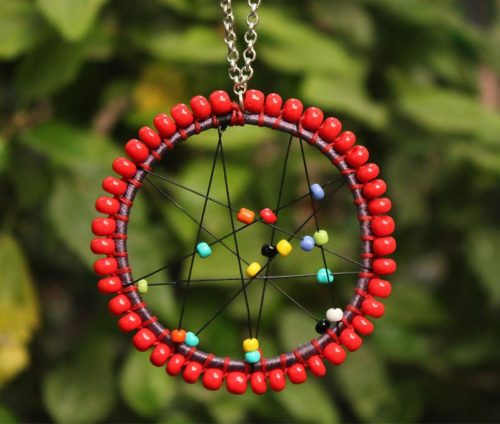 A Dream Catcher – said to be able to trap the bad dreams and only let the good ones through.

I’m fascinated by the meanings of my dreams and often look up what I’ve been dreaming about and very often it does mirror what’s going on in my life. Often my dreams are very common, such as dreaming my teeth are falling out, or I’m naked in a maths exam.

Sigmund Freud believed that dreams are a window into our subconscious, so trying to interpret and find the meaning behind your dreams can give you an insight into what’s really going on inside your subconscious. Dreams are a snapshot of who you are, what you need and what you believe, and are also a way which your brain works to process difficult emotions such as loss or grief.

Adjustable Beds have teamed up with world-leading dream psychologist Ian Wallace to look at what’s going on within our minds when we dream. They have just launched a fascinating #DreamsExplained YouTube series where they are making sense of the wild world of children’s dreams.

Having watched the video a few times I’ve found it really interesting how their dreams are interpreted and how the meaning relates to their real life experiences. It’s hard for me to look back and try and put my dreams into context, because I don’t really remember what was going on in my life back then to give me that particular regularly recurring dream.

I would hate to think of my son having similar terrifying dreams like mine. I do ask him sometimes in the morning if he had a dream, maybe he will remember and tell me about one someday. Maybe he really is just dreaming of Paw Patrol.

What do your children dream about?

Like Loading...
This entry was posted in Blogs and tagged anxiety, children's dreams, Dreams, dreams explained. Bookmark the permalink.