If we’re going to spend our life doing something, we may as well ensure that it’s worth our while. While there’s much to be said for those jobs that allow us to have a higher than average quality of life, it’s also important that we think about the wider impact of what we do. Working for an oil company might give you a decent salary, but the world will pay the price of that salary. Thankfully, most people do want to make a positive difference in the world. If you’re one of those people, then think about working towards one of the careers that we’ve outlined below, all of which will nudge the world in the right direction. 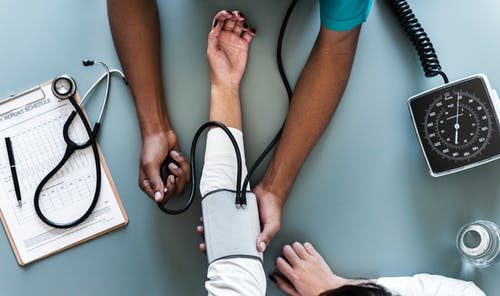 There’s no getting around the fact that there are some pretty substantial problems that the world is going to have to deal with, sooner or later. The effects of climate change will be widespread, and they’ll need to be figured out; if not, we’re going to have major housing, agricultural, and economic problems. If you’re a natural problem solver, then take a look at becoming a climate engineer or urban planner. These will be the jobs that are best able to keep the symptoms of climate change at bay.

We can sometimes take for granted the important role that journalism plays. It uncovers the happenings that the people need to know about, yet others don’t want them to know. It’s the unofficial police force of the world, helping to keep power in check. It’s a vitally important job, yet it doesn’t just happen. People work extremely hard to compile the data and sources that are required to go into a piece. Once it’s finished, the work lives on, and sometimes changes the world. If you’ve got a knack with words and yes, also like to have a little bit of adventure, then look at becoming an investigative reporter. It’ll take you on a trip the likes of which you could not predict.

You can sometimes argue the worthiness to certain jobs, but there are some that are beyond reproach. The work of doctors and nurses, for instance, fall into this category. They’re there to help keep the public safe and healthy; it is, arguably, the most noble sector you can work in. If the fast-paced and rewarding world of nursing sounds appealing, then look at obtaining a qualification from Baylor University. And just an aside, it’s worth noting that nursing isn’t just a job that improves people’s lives: it’s also an in-demand career choice, too. The number of nursing jobs is due to rocket in the coming years, which means there will be plenty of available jobs once you get your qualifications.

It’s not only on the front line of healthcare where you can make a difference, however. Some of the world’s finest work takes place behind the scenes, in the lab. The medical breakthroughs that have such a profound effect on the population are the result of a team of people doing extraordinary work. It takes time, so you need to be patient, and you’ll need to be hyper-focused and driven. Eventually, you might just find that you contribute towards making the world a significantly better place.

The next generation has always been, and will always be, the future of the world. As such, the people who teach them how to think, live, and be a decent human being can have a profoundly positive influence on the world. If you’re a naturally good communicator and have an interest in teaching, then look at building a career in the classroom. Whether it’s young children or teenagers, or even young adults, you’ll have the capacity to change their lives — and thus the world — for the better. As you work your way through your career, you’ll be able to have an even bigger impact, especially if you reach the role of principal or behind the scenes planner.

Like it or not, we live in a world where corporations have a disproportionate amount of power. The best that we can hope for, at the moment at least, is that they use their power for good. The great think about companies, however, is that anyone can start one. There’s no special barrier. If you want to make a positive impact in the world, then one of the best things you can do is to find a problem you want to solve, think up a business that would help solve that problem, and get to work. We’ve seen before how companies can change the world. While you may not have the same influence as Amazon, Google, or any of the other giant corporations, you can help the world in your own way.

There’s much to love about the modern world, but there’s no getting around the fact that it is pretty stressful, and that there’s a lot of pressure that can compromise a person’s happiness. As such, one of the best services you can provide for the world is related to mental health. If you make it your life work to alleviate the symptoms of depression, anxiety, and other issues, then you won’t just be making people happier and more content: you’ll also be planting a positive seed that might just grow into something beautiful.

People generally have a low opinion of politics and the people who work in it, but this view is sometimes not entirely accurate. There are, for certain, some pretty obnoxious people who work in the halls of power. It seems like they’re in their position for their own gain, not the people’s. But the vast majority of public servants are in it for the right reasons. If you’ve got a passion for politics and making the world a better place, then take a look at getting involved. The entry-barrier for politics is lower than most people think. Give it a go!