Over the last 25 years the UK private number plate industry has raised over £2 billion when DVLA plates have been sold off at auctions across the country. Obviously, most number plates aren’t fetching hundreds of thousands of pounds, however there are a select few that have made headlines over the years for making serious money are number plate auctions. 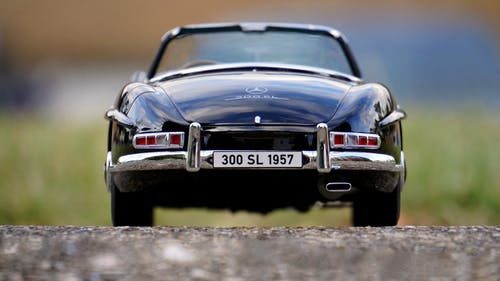 At NewReg.co.uk, they may not be selling these highly priced number plates, however there are thousands to choose from to find the perfect number plate for your vehicle.

This number plate was purchased by Ferrari dealer John Collins in 2014, who owned a Ferrari 250. It is now believed that the plate is placed on his Ferrari 250SWB that was owned by Eric Clapton, estimated to be worth approximately £10 million.

This plate was the previous record holder before ’25 O’ took its place. The plate was bought for £440,000 by businessman Afzal Khan in 2008. The plate holds the Formula 1 initials and has since been placed onto his McLaren-Mercedes SLR.

The ‘S 1’ is believed to be Scotland’s first ever number plate, making it extremely precious to a lot of people. However, it was sold in 2008 to a bidder who claimed the plate would be placed on an old Skoda.

Although many of you may be thinking that this plate is a reference to the popular British pop group One Direction, the plate was bought before they became famous on the X Factor. The plate was sold to a Lebanese businessman named Nabil Bishara in Warwickshire.

Mike McCoomb, mobile phone businessman bought this plate in 2006 and claimed it was for his 10-year-old son.

This plate was always destined to fetch a lot at auction and was bought by Chelsea FC boss Roman Abramovich. It was later placed on the Popemobile on the Pope’s visit to Ireland.

With Singh being a popular name in the Sikh community, this was definitely a popular plate at auction. It was sold in 2006 for £254,000.

The plate ‘1 RH’ was sold for 30 times its estimated amount back in 2006 to businessman Robert Harverson. Proof that auctions are a complete guessing game!

This number plate spelling a royal word was made to be sold at a high price in auction. It sold in 1993, supposedly by an Arab Sultan.

Last, but certainly not least, the simple plate ‘1 O’ with a binary number and the letter ‘O’ looks clean and minimalist, making it particularly popular. It was sold in Northamptonshire in 2009.

As you can see, as the years go on, people are willing to spend more and more on popular number plates, and it looks like the market is only set to increase. Investing in the private number plate business can mean big money, but you seriously need to know your stuff and have patience knowing when it’s time to buy and sell depending on the fluctuation on the market. Plus, if you’re looking to bid on the big plates, you’ll need some money behind you to get started.