Your Unconditional Love For Your Puppy!

Now this is something that you’re definitely going to have in your life right now… if of course you actually do have a puppy. They’re that boundless bundle of energy that comes crashing towards you whenever they see you, and even though the first few weeks or so they might be a little shy whilst they get used to you, that doesn’t mean that after that, they’re going to be more in love with you than you could ever be with them. Now, we know that sounds pretty crazy considering your love for you puppy is probably pretty crazy right now, but you’re everything to them. You’re the person who is feeding them all of the tasty food, giving them all of the cuddles, and taking them out on little adventures with a lead attached. To them, you’re the god that’s giving them everything they need in life. But as you might already know, owning a puppy is such hard work. For every cute moment you have with them, you have a pull your hair out moment to match it. So, we want to try and make your puppy experience as wonderful and as happy as it possibly can be, because it won’t be long until they’re not such a little puppy anymore! 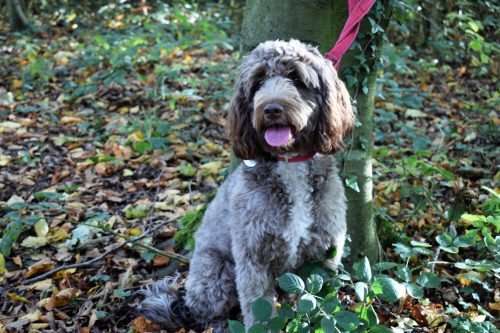 Every puppy has to go through a training stage, because there’s just no such thing as a puppy being born into this world, and instantly knowing what to do. So, the first, and possibly most important stage if you want to protect your home, is the toilet training stage. You need to constantly work at this to get them going outside when they need to do their business, or at least letting you know that they need to go outside to do it. The training stage is one that could last a few weeks, or possibly even months if you have a pup on your hands that just isn’t very good at learning the rules. But as long as you stick with it, and make sure you’re rewarding them every time they do anything outside, whether it be because you took them there or they took themselves, it shouldn’t be too long until they’re trained and ready for action. You also need to think about things such as social training, both with humans and dogs. Whilst they might have adjusted to you quickly, a brand new puppy is going to be so wary of other people, and the last thing you need is a dog that’s raised with aggression. Bring people around your pup early on, and when they can go for walks, take them to places where you know there will be other dog walkers so they can have that all important interaction!

This is definitely one you need to be focusing on if you really do have unconditional love for your puppy. Their health is something that can change in an instant, and it’s not just older dogs that can get poorly. Puppies can quickly fall ill if you don’t treat them right, and that could be anything from not walking them enough, to feeding them too much human food. But there are so many things you need to be focusing on, such as warming, defleaing, giving them vitamins, all of which can be found through an online pet store, where you’ll actually probably find you will have the best price. But generally, you just need to make sure you’re feeding them twice a day, taking them for a nice long walk twice a day, and just showing them that unconditional love that you have for them!

Dealing With A Rogue

You’re either going to have a super well behaved puppy, or you’re going to have a bit of a rogue that just doesn’t like playing by the rules. But fear not, a rogue is easy to tame if you do it early enough. It’s common things like chewing furniture that really irritates people, and it can all be solved by a simple spray that will put off your pup. Others suffer with doggy aggression, but that can easily be solved by being taken to a puppy training class. Pretty much every problem they have they will grow out of, so it’s just about making sure you have the patience to guide them through it. Don’t let them get away with murder in the beginning because they’re young, you need to try and drill it out of them as early as possible!