Growing up fast – The end of Nursery

This week the small boy finishes nursery, he’s starting to not be quite so small and he’s growing up fast. Heartbreakingly fast. I know it’s all a massive cliché, but where did my baby go? Those precious few months where he was all cuddles and he smelt of milk and love have passed in the blink of an eye. I fall more in love with him every day, despite the various challenges of raising a four year old who is as stubborn and wilful as his parents. 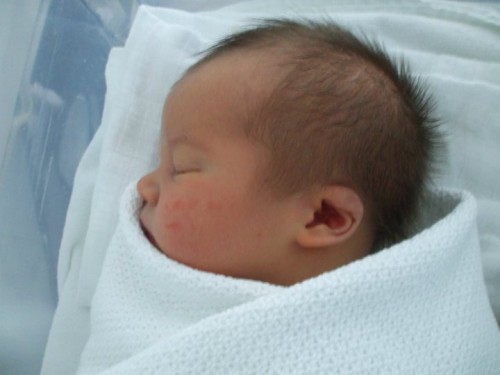 In September 2014 he put on his too-big jumper and toddled off to school nursery. We didn’t know if he’d be lucky enough to get one of the 28 places available in a our local and much sought after primary school at that point, but we felt by sending him we were doing the best for him, and we were right. 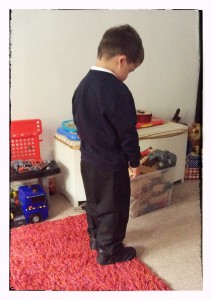 He quickly made friends, partly because he knew several of the other children from various playgroups and from church, partly because he’s an easy going, friendly and caring little chap. He settled in fairly easily and his teachers quickly discovered that he has his own stubborn little personality. Whilst dealing with a stubborn person can be frustrating, I am of the opinion that stubborn is good, stubborn is what has got me through the last few years despite considerable physical hardship and pain, so stubborn will see him right, eventually.

It’s not all been plain sailing, one of the boys took against him at one point and for a week or so in the autumn he’d come home and we’d have to check him for injuries, this other child had scratched his face so badly it’s left a permanent scar. The school dealt with it well, which is all you can hope for really and there’s been no further trouble.

Despite this he has always gone to school cheerfully, he wakes up raring to go and spend the day there with his friends and his teachers. He adores them all and I spent a few days volunteering and helping out, so I know what a lovely, warm, welcoming place it is.

In April we were delighted to discover that he’d got a place at the school, so this coming September he’ll be starting in Reception. He’ll mostly have the same group of friends with him, but he won’t have the same teachers, which I think will make him sad for a little while.

He has come on in huge leaps and bounds this year, at the start he was a bit behind his peers in terms of his language development, but since he had grommets put in both ears he’s raced ahead and caught up. I’m so proud of my boy and his growing confidence. Last week he stood up in assembly and spoke confidently in front of the whole school, my eye did a little wee. 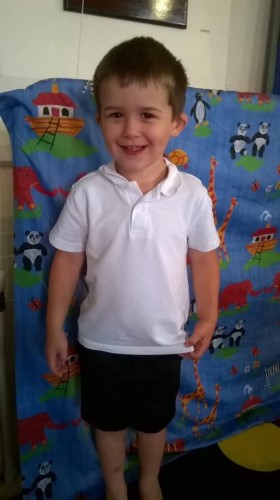 He is my pride and joy, the apple of his father’s eye and beyond a shadow of a doubt the very best thing to ever happen to me. This Friday will mark the end of an era, come September he’ll be a schoolboy and there full time. I will miss our afternoons together, but if the last academic year has been anything to go by, he’ll love being there and he’ll carry on loving learning too.

Like Loading...
This entry was posted in Children and tagged confidence, growing up fast, happy, nursery, nursery school, School. Bookmark the permalink.

3 responses to “Growing up fast – The end of Nursery”