The day our fridge freezer died!

When we moved into our house 5 years ago our old fridge freezer moved with us. It had been clunking and clanking in an increasingly worrying way for a little while, but we figured it would limp along for a bit until we had some spare cash to replace it.

In the event it limped along for four more years. For most of those four years I was constantly chipping chunks of ice out of the bottom of the fridge, glancing at it worriedly as it whirred and clanked away to itself in the corner.

It had crossed my mind that I should start saving for a replacement, but cash was in very short supply. I had hoped that the fridge freezer fairy would look kindly upon me and just magic one into my kitchen. No such luck.

In the end I began asking family members for cash and vouchers for my birthday and Christmas so I could “save up” that way. I probably got about half way there before it clunked its last shortly after Christmas. We didn’t want or need anything flash, we just needed something that would keep things cool for us, with enough room to store food for the family each week.

The fridge died at both the best and worst possible time. Straight after Christmas when there are no pennies in the piggy bank, but at least the sales were on. I sat down and did my research, found one that would be suitable but was more at the budget end of the spectrum. I counted the cash and vouchers I’d saved but still found I was £150 short.

I quickly did some research on short term loans. We didn’t need to borrow much and I knew if we tightened our belts for a month or so we could pay off the loan quickly. Vivus offered us a pretty good deal, you can borrow £100-£300 from them on a short term basis, as long as you pay it back in time there’s no problem. It was enough to get us over the post-Christmas dead fridge freezer bump.

I’ve always tried to have some money put aside for a rainy day, but sometimes it’s not enough. Our new fridge freezer is doing a sterling job, it’s virtually silent compared to the last one and I hope we’ll have many happy years together. 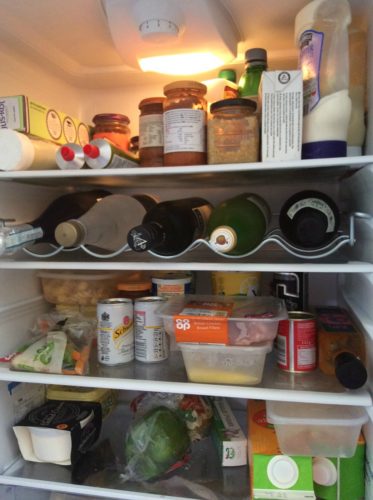