I am I confess not much of a fashionista. I favour the ageing indie kid look, so I’m all comfy jeggings, checked shirts, a selection of flattering t-shirts and a pair or two of trusty Converse or Vans (depending on my mood). It’s a look I’m really comfortable with and I think it probably suits my laid back personality. Hubs is similarly relaxed, he wears jeans and a casual shirt to work and at home too. It’s his look and he’s very comfortable with it.

It’s funny how you can look at a child, see what kind of clothes he or she is wearing and immediately figure out who their parent is. The small boy most definitely has our style. At home he chooses to hang out dressed like I do, in cosy pyjamas or maybe some jogging bottoms and a t-shirt. When he’s off out with his Dad they (I’m told accidentally) dress almost identically; jeans, checked shirts and a pair of funky Vans. He is definitely a mini me of his father. They even have the same walk.

The small boy is four years old now and he’s starting to form an opinion about what he does and doesn’t want to wear. Obviously anything with Thomas the Tank Engine on it, or a superhero or two, he will wear and wear until it falls off him. He doesn’t like certain colours or materials, which is fine, I can’t wear any man-made fibre so I can see where he’s coming from. 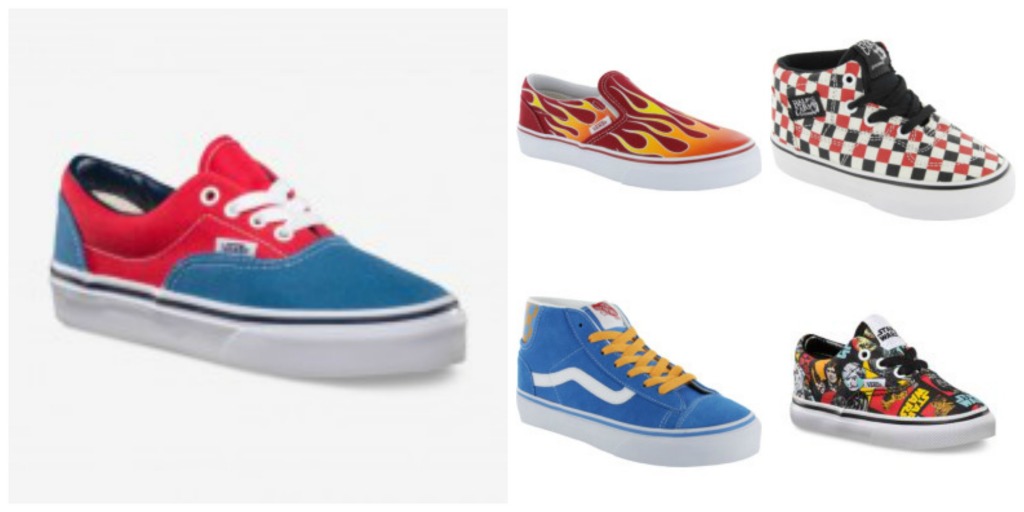 He’s suddenly become really interested in shoes (can’t think where he gets that from *ahem*), he is fascinated with Vans, I think it’s because they come in a range of really cool patterns and colours with characters on that he recognises. I have a few pairs myself so I think he developed shoe envy from there. They can be expensive, so I try and search out a more budget friendly pair when we see something we like, I like Skatehut for Vans, they’re a good deal cheaper than where I’ve seen Vans elsewhere and I sometimes accidentally slip a pair for me in my online basket (what, don’t look at me like that).

I like that he’s developing his own style, I like that he already has strong opinions about what he does and doesn’t want to wear and I don’t mind indulging his love of colourful clothes and shoes, now he wears a school uniform it’s nice to see him wearing something bright and cheery looking.

Like Loading...
This entry was posted in Shopping and tagged shoes, skateboarding, sneakers, trainers, vans. Bookmark the permalink.

One response to “My Miniature Fashionista”