We Are Creating Problem Kids

We live in a world where people are finally paying attention to mental health issues. Nowadays, it isn’t shameful anymore to mention that you might have problems to cope with a specific situation or that you’re experiencing difficulties managing your emotions. In ancient times, doctors were prone to label “hysteria” any form of emotional distress, which they thought could only be experienced by women. Did you know that the Greeks used to believe that the womb was the centre of emotional disorders? As a result, hysteria, from the old Greek hysterika, meaning uterus, is a sexist and simplistic view of the world. To make matters worse, the Greeks believed that uncontrollable emotions were caused by – drum roll – a wandering and discontented uterus. Thankfully, nowadays, modern medicine allows both genders to be emotionally distressed and to talk about it freely – without any doctor offering to fix your magical, wandering womb.

Being open about our emotions, as much as we can be, have given us the possibility to deal with issues in real time. Being able to diagnose depression, anxiety or even attention disorders rapidly and safely means that we have a better chance to deal with these issues positively. But as mental health talks are becoming a thing of every day, we’ve also encountered a variety of new terms and issues we didn’t know before. As a parent, you’ve probably heard of attention deficit hyperactivity disorder, or ADHD for short, to describe children who struggle to stay focused in class and who compulsively talk over the top of others. Other behavioural issues are commonly discussed for what parents used to refer to as problem kids. Oppositional defiant disorder, or ODD? Tend to appear in children under the age of 12 who have frequent tantrums, refuse to obey parents, and deliberately aggravate others. Conduct disorder, or CD,  is more common among young teens who refuse to obey rules and engage in delinquent and aggressive behaviours. 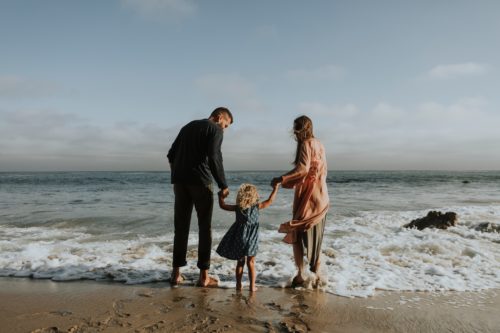 Unfortunately, naming the disorder is not the same than fixing it. Too many individuals use the name as a protective shield.

But the truth is that you can’t brandish the label as an excuse. Knowing what it is is only the beginning. The core of the problem lies elsewhere. You need to identify the cause to be able to manage the issue. While the underlying cause is typically unknown, it’s fair to say that parents need to take responsibility for their children’s disorders. Perhaps, we, parents and adults working with children, are creating our own problem kids.

When a child is 5, their brain is about 90% the size of an adult brain. But while there will be little growth from this point, it doesn’t mean that the brain has reached its final destination. On the contrary, it will continue to develop. Children learn to acquire knowledge and read social cues, which in turn creates further connections into their brain. It’s fair to say that while their brain is almost the size of an adult brain, it isn’t yet ready to deal with the world in the same way you do. Emotionally, culturally, and intellectually, children are not on the same page than you and me. They can struggle to come up to terms with new situations or to make sense of the events that happen around them. That’s precisely where it’s crucial to their healthy development to deal with adults who can explain to them what is happening and listen to their fears and worries. For instance, if you work with children, it can be helpful to take a dedicated course such as this Christian counseling degree online psychology to be in a better position to advise and listen. While for parents joining a study programme might feel like an overkill, you can at least grab yourself a few handy books such as The Book You Wish Your Parents Had Read or What Am I Feeling, which can help you to find the right words.

Because we don’t give them the tools they need

How do you relax after a hard day? If a glass of wine is your go-to poison, you probably like to sit down and let your taste buds slowly take over your mind until they erase the frustrations of the day. The after-work glass of wine often acts as a desensitizing remedy. There’s not enough alcohol in a glass to throw you overboard. But there is just enough to help your brain to release the pressure and let go of the stress you’ve accumulated all day. There’s something in you that tells you that it wouldn’t quite be the same without that glass of wine. It’s a little pleasure that makes the day better. It seems strange, in comparison, that parents fail to understand that their children too need a remedy to ease their tensions. Of course, wine isn’t an appropriate solution! You need to find the right tools to engage their brain and let the mind relax, such as a vinyl print you can hang on the wall for colouring and wipe clean. For children who find it difficult to focus their thoughts on one activity, colouring is a soothing hobby. Other kids might prefer a ball game in the garden. Whatever it is, it’s ultimately your role as a parent to help them figure it out. If you don’t give kids the opportunity to release their tensions, they can’t let go of frustration, anger, and stress, which can lead to the behavioural issues mentioned above.

Because we create too many distractions

The average Brit checks their phone more than 10,000 times a year. That’s around 28 times a day, which means you’ll be checking your phone for notifications or emails more than once per hour. That is a lot, especially when you consider that the interruption might last several minutes. Being glued to your smartphone screen is what modern tech is doing to us. As a result, we’ve got a digital attention span of less than 8 seconds – it’s even shorter than a goldfish! In short, we get distracted easily. Whether we’re in the middle of dinner or a business meeting, checking phones has become second nature. More often than not, you don’t even notice you’re doing it. It’s futile and irritating for the people around you, but the truth is, smartphones are part of our lives. We have developed a compulsive habit to turn the screen on wherever we are and whatever we do. So it seems unfair – and ironic – that the same parents who can rarely maintain a full conversation without checking their screen complain that their children lack concentration. Ultimately, the apple never falls far from the tree. But attention disorders are often the result of what children experience at home. After all, we live in a world of digital distractions. But it’s a learning process for both parents and children to remove distractions and enhance the household’s concentration ability! You can use screen time judiciously with children, reducing TV time to one hour for young children, for instance – and learn to turn off willingly when the show is over. As children grow up, your own behaviour will affect their choices. Hence learning to check your smartphone less often and to stay away from any screen can make a significant difference.

Because we sometimes don’t know any better

There’s a moment in life when you hear your parents when you’re talking to your child. It somehow doesn’t matter how much you try to not be like them. Most people end up being another version of their own parents. Ultimately, you repeat what you know, whether it’s in your DNA or the habits embedded in your brain. But as you do, you might also repeat errors – not that there is a right or wrong way of parenting, but there are comments and actions that can have a lasting impact on a child. Your mother pushed you to always do better in school, and as a result, she wouldn’t express pride when you brought back good scores. She wanted you to work hard, but her good intentions have affected your self-esteem growing up. Even though you’ve promised yourself not to be the same, you are more likely to fall in the same pattern because it’s the only thing you know.

Because we are bad parents

Life gets hectic. There is so much to handle at times that you may find it challenging to make room for your children. So, uploading the latest Peppa Pig episode to the tablet sounds like a good alternative when you need a minute to yourself. In truth, parenting can be hard, and it’s fair to say that you can’t always be there for your children. You need some me time. But remember that you can’t always rely on the TV screen to be a parent by proxy. If you get into the habit of not paying enough attention, your child is likely to suffer lasting consequences.

Problem kids are sometimes nothing more than the extension of problem parents. Of course, nobody expects you to be perfect. But avoiding some costly mistakes as a parent or an adult who works among children can make a great deal of difference in their emotional health.