It’s half term, all of my friends have small children, they’re bored. They all like pizza, cake and dressing up, there’s a really simple and cheap way to keep them entertained for an afternoon – have a Halloween party.

Our Halloween party was a pretty huge success, but parties can be time consuming and expensive to set up, so we decided to spread the cost, stress and workload. I provided the space, some basic snacks and drinks and we “made” our own pizzas. 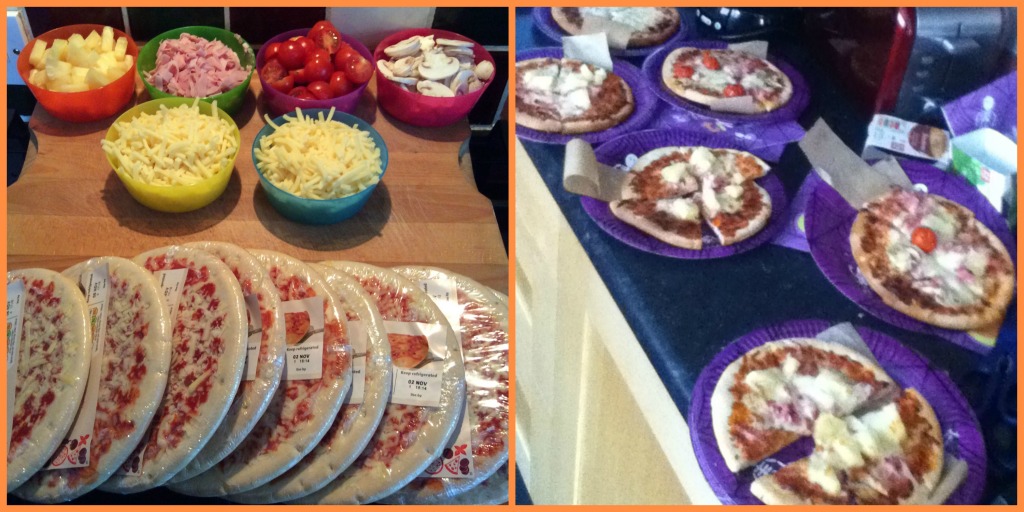 Pizzas are a brilliant thing to do at kids parties, just get some supermarket basics small pizzas (cost about 50p each) then chop up a selection of toppings, we did cherry tomatoes, mushrooms, ham, pineapple and extra cheese, but you can use whatever you like. It’s a cheap way to feed them and it gives them a little activity to get involved with. (Tip, write the child’s name on a strip of greaseproof paper and slip it under the pizza before cooking, it’ll help identify which pizza belongs to which child).

My friend Sarah brought a big bag of fruit and inspired by Pinterest made some banana ghosts, satsuma pumpkins and apple and marshmallow mouths. They looked brilliant and the satsuma pumpkins were especially popular. 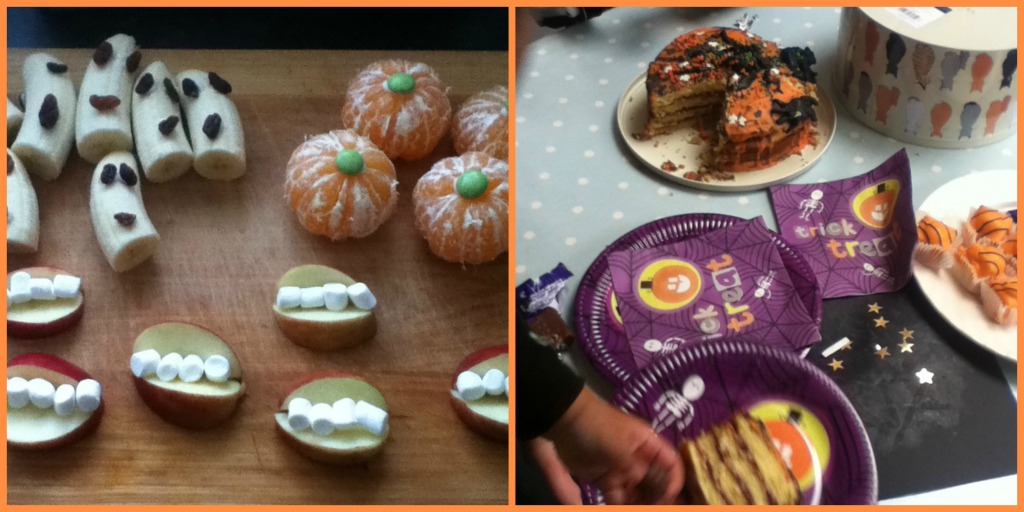 Blogger chum Liz (aka Expression Confession), was head of baking and arrived with a stunning four layer sponge which she’d made and spookily iced with her two girls. She also brought an array of shop bought Halloween party cakes and treats.

Lucy, mother of two gorgeous boys, who is calm beyond measure and a primary school teacher, was in charge of crafts. After we’d scoffed our haunted pizzas she made scary spiders web pictures with the kids, it was a nice bit of focussed quiet time during the afternoon, the pictures are really effective too. 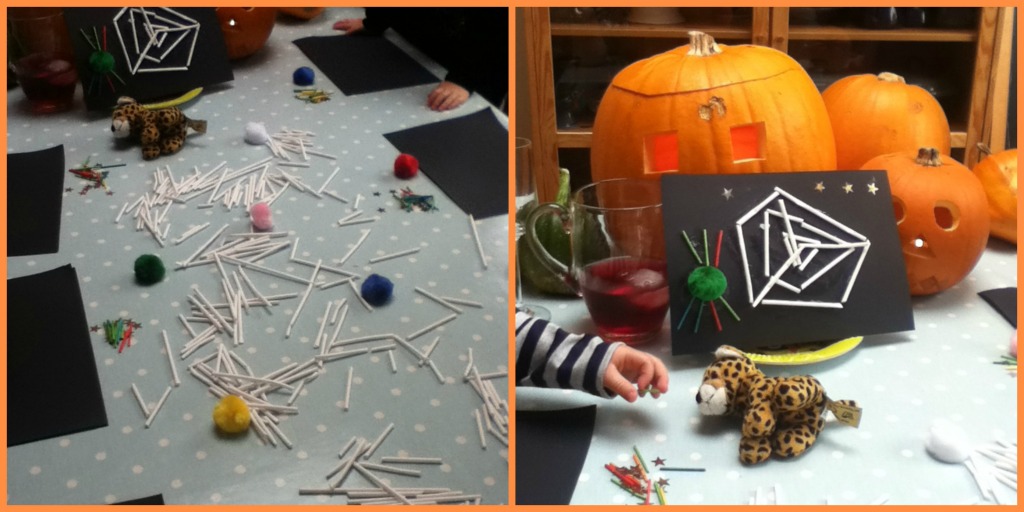 My friend Jane led the party games; there was pass the parcel, musical statues, a dance routine to “Let it go” and then some raving to indie classics with glow sticks (that might have been for my benefit).

Dressing up was optional, though those who did really got into the spirit of the occasion and we had a vampire, a cat, a couple of witches and fairies as well as a small team of skeletons. The costumes had been bought from supermarkets and pound shops, my little vampire cost under £5 to dress.

I decorated the kitchen area fairly sparsely, there were a couple of 99p pumpkin garlands and a cheap battery powered pumpkin lantern from B&M Bargains. I created a little pumpkin patch using some squashes we’d grown ourselves and some pumpkins we’d been given and we’d carved.

Individually we’d spent a little but not a lot. We spread the cost and the work and we all managed to have a nice time. It was really chilled out but lots and lots of fun. I think opening a bottle of prosecco before noon also raised our spirits. More importantly all the children had a really great time. It’s a party that will take a lot of beating.