Blackpool is the Vegas of the North. As a Manchester lass, Blackpool has always been my first port of call for days out, trips to the beach, or for a fun mini break. There is so much do see and do in Blackpool, it’s very easy to fill a couple of days. I recently took my son on a trip to Blackpool and amongst all the traditional bucket and spade fun, we visited Madame Tussauds Blackpool. 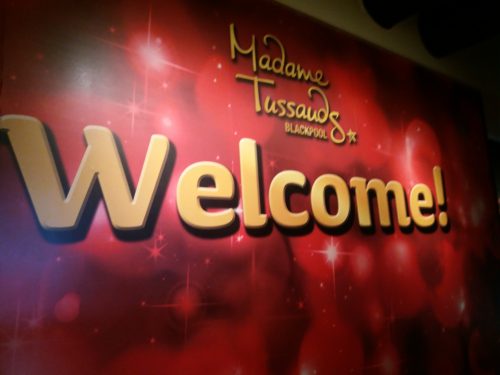 The last time I visited Madame Tussauds Blackpool maybe 30 years ago and I don’t really remember much other than the Princess Diana waxwork. I know they keep their waxworks up to date, so I was interested to see what, or rather who would be there.

We got our tickets and we were ushered through to see Simon Cowell. Lots of people were having pictures taken with him and we don’t watch talent shows so we just walked past him and to Paddy McGuinness, John Bishop, Gok Wan and Chris Tarrant. We didn’t linger as my son had no idea who these people were and I don’t watch their shows either.

Through the doors and by the stairs stood John Thaw and Helen Mirren being good cop, bad cop. We paused for a photo with John Thaw, who grew up near where I live and my Grandma knew him when he was a boy.

Up the escalator we found more reality TV stars (we don’t watch those kind of shows either). We managed to spy Ben Fogle and David Attenborough amongst the elaborate I’m A Celebrity areas, which we mostly skipped because it was busy. That said, we did enjoy looking at the frogs. 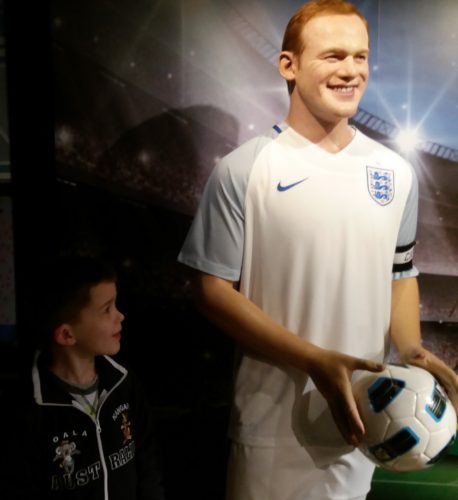 Once you’ve escaped from the I’m A Celebrity area, you move on to the sports zone, which was a bit more like it. Even I recognised a few faces, Wayne Rooney, Joe Hart, Lewis Hamilton, Mo Farah, Gary Lineker etc.

From the sports zone, your next stop is the Rovers Return, which is a working bar where you can get drinks and snacks. Bet Lynch is behind the bar looking fierce. It’s an ideal stopping point if you need a break. But my son has never seen Coronation Street and was keen to move on. So we did.

I was pleased to find myself in the music zone. Where Freddie Mercury and Michael Jackson were the most notable stars. Again, talent show singers dominated, with Olly Murs, Susan Boyle and Leona Lewis featuring. 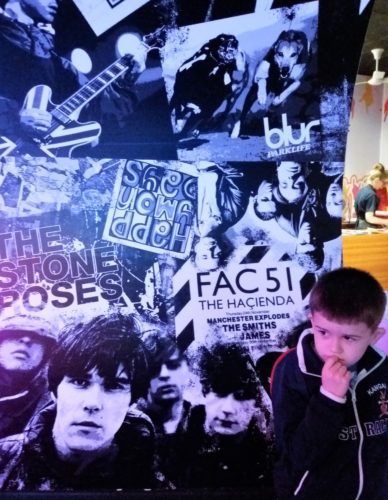 Moving on to “Best of British”. We met Hugh Bonneville as he was in the Paddington movie. Plus Morecambe and Wise, some of the Ab Fab gang and Her Majesty and the Duke and Duchess of Cambridge. Ben was very pleased to be standing next to the Queen. 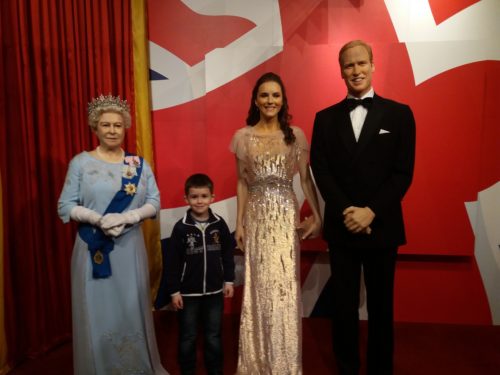 I was hoping my son would enjoy the “Family Favourites” area a little more, which he did. He enjoyed seeing Spider-Man, Bob the Builder and Sooty and Sweep. I would have liked to have seen a bit more in this area, but it was good there were some things he recognised. 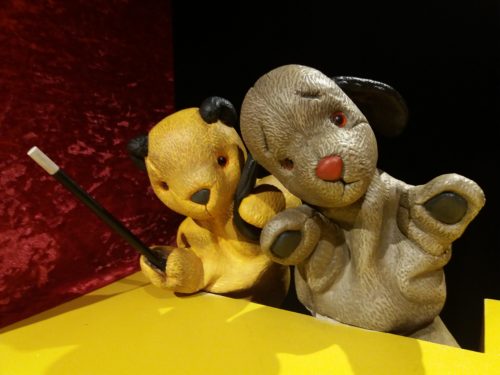 One area my son really enjoyed was the mirror maze and funny bendy mirrors. It’s worth taking a few minutes to enjoy rather than rushing through.

At the end of our tour of Madame Tussauds Blackpool was a room full of classic comedians. Ken Dodd, Tommy Cooper and The Two Ronnies were probably my highlight of our visit. 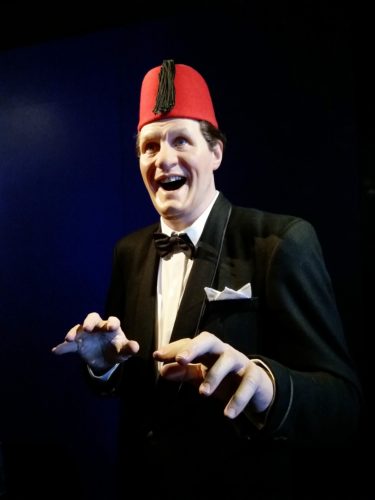 There was a small display about how they make the waxworks. I would have liked a bit more on the behind the scenes aspect really. It was also very loud in some areas. If you are troubled by loud noises, music and cheering then you might want to wear earplugs. My son who has sensitive hearing walked around with his hands over his ears for most of our time there.

The attraction is dominated with reality TV and talent show waxworks, so we whizzed by them quite quickly. We are probably very much in the minority of visitors to Madame Tussauds Blackpool, but if you watch those kind of TV shows, then you will enjoy Madame Tussauds.

The staff were excellent, very helpful, friendly and smiley. They are a real credit to Madame Tussauds Blackpool. The waxworks were well done, some of them were quite eerily lifelike. I loved the comedians at the end of the tour and it was worth it just to see them (for me at least).

Tickets to Madame Tussauds Blackpool cost from £10.50, but entry is free with a Merlin Annual Pass. If you are visiting several Merlin Attractions in Blackpool you can get multi-attraction tickets which will save you money.

For more information on Madame Tussauds Blackpool, or to buy tickets, visit their website.