February half term is a tough one, the weather is unrelentingly gloomy, and I have no desire at all to stand shivering in the park afternoon after afternoon watching the boy hit muddy puddles with an equally muddy stick. The sensible thing to do is to plan a week of mainly indoor activities, where they can explore, have fun and maybe learn a little something too. SEA LIFE Manchester have launched a new attraction just in time for half term, so we went along to check out the new Octopus Hideout. 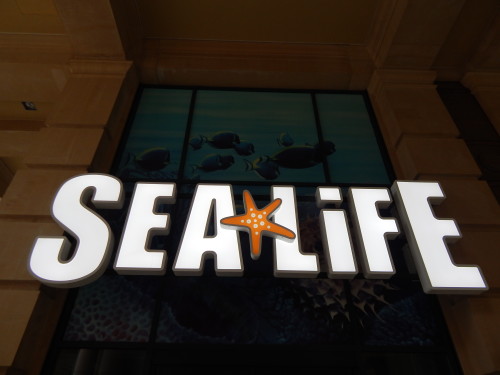 We’ve never been to SEA LIFE Manchester before, the small boy loves an aquarium, so he was very much looking forward to his visit. We were in for a real treat, the layout and design of the centre has been incredibly well thought out, with atmospheric lighting and mood music playing throughout, as well as lots of interactive displays so you don’t just feel like you’re looking at things, you’re getting involved too.

We were wowed by the range of aquatic life they’d managed to fit into the aquarium, with sharks, turtles and rays swimming about, as well as more fish than we dared to count. There were weird and wonderful species of fish, most of which were imaginatively displayed in shaped tanks, some of which you could walk under, peep into through portholes, or just stand in awe at the underwater scene in front of you. 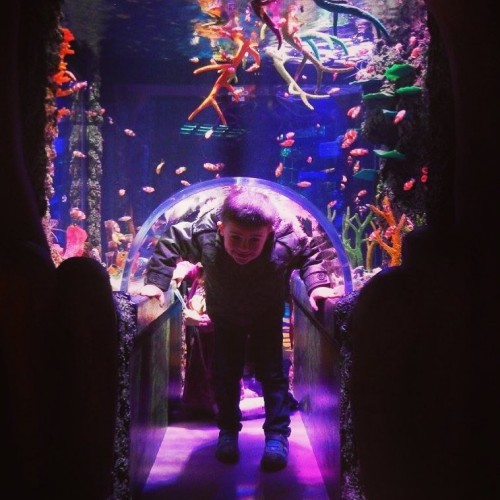 Cephalopods include octopus, squid, cuttlefish and nautilus, they can change colour, texture and body shape to blend into their surroundings, and if threatened they can squirt a cloud of ink as a smokescreen or decoy. Cephalopods have three hearts and blue blood, and they are thought to be among the most intelligent creatures in the ocean.

We met the Nautilus, a slightly weird looking cephalopod with a hard shell. It can alter its buoyancy by filling its chambers with water. They were quite hypnotic to look at, pulsating and bobbing up and down in the water. Nautilus is an ancient creature which has been around for more than 500 million years. We also met the Common Octopus (called Octopus Prime), as well as the tiny Atlantic Long Arm Octopus and Cuttlefish. 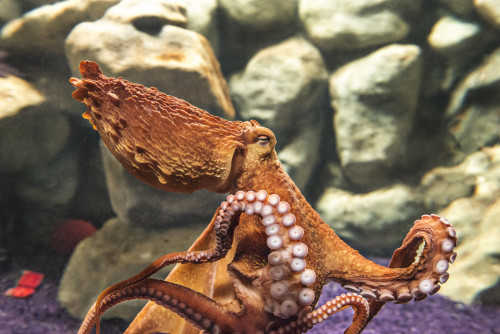 Dan showed us Hank the Giant Pacific Octopus, he explained that octopus were nocturnal and Hank, like me, isn’t great in the mornings. Hank was pretty big, but was fast asleep on a rock, having disguised himself as a rock, so he was grey. Dan told us when they fed him earlier (he enjoys a crab three times a week) he was bright red. Hank was fascinating and we learned a great deal about this mysterious creature.

We took our time looking around everything, paused mid way to let off some steam in the soft play room half way around, had a funny photograph taken, touched a starfish or two and learned all about life under the sea. It beats shivering in the park any day!

To find out more about the Octopus Hideout and to book tickets for this half term and beyond, visit the SEA LIFE Manchester website.

Note: We were invited guests of SEA LIFE Manchester. All opinions are our own.