Last month I wrote a little catch up post and I really enjoyed writing it and I think people liked reading it too, so here I am again with all our news from March.

On paper March was supposed to be quite a peaceful month with not much going on. By the end of the month I was wishing it would all be over soon and hoping someone would let me find a dark room to lie down in for a few days.

It’s not all been bad, in fact most of it has been lovely. Mother’s Day was a peaceful affair. We just chilled out at home, I got a card and some flowers and that’s all I wanted and needed. The boys know I’m a woman of simple tastes, thankfully.

After a year of mostly hibernating and hiding from the world, I booked two social events which I knew would be good for my old soul. The first was an afternoon at the Gin Festival at Manchester’s Victoria Baths with my good friends Karen and Jen. It was a really lovely afternoon of good food, good gin and great company. It was just what I needed. 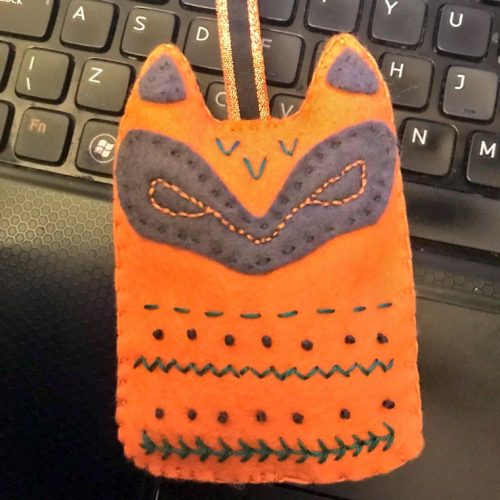 The second trip out was an evening at an embroidery workshop at a new craft shop in Didsbury. It’s called Crafts and Makes and is on School Lane. I made a really cute Scandinavian Fox and learned lots of things about embroidery – something I’ve not really done since school. It’s a great little shop and one I hope to visit again very soon. I do love a good craft workshop!

So that was the good, now for the not so good. Last weekend my son who has glue ear woke up in lots of pain, soon after one of his eardrums perforated and he was really quite poorly. We tried to get him antibiotics but the GP wouldn’t prescribe them.

Two nights later his other eardrum perforated, the infection had spread and he started vomiting; he had an aversion to light and his skin went all grey and mottled. We instantly went from quite worried about our poorly son to OH MY GOD LETS GET HIM TO HOSPITAL. The Doctor was brilliant, we were seen pretty quickly too. He was given a really good check over and we were sent home with a list of red flags to watch out for and some antibiotics.

It’s been four days since our hospital adventure and his infection seems to be clearing up. I am glad we’re off school for the next two weeks, he’s absolutely shattered. He’s sleeping 14 hours a night and too tired and weak to do very much at all during the day. It’s hard seeing my normally bouncy boy like this.

One thing which has cheered him up was a visit from the Easter Bunny. Like most things with us, Easter was a pretty low-key affair. My boy was too ill to be dragged about doing stuff and a quick Easter egg hunt in the garden was about as much as he could manage. 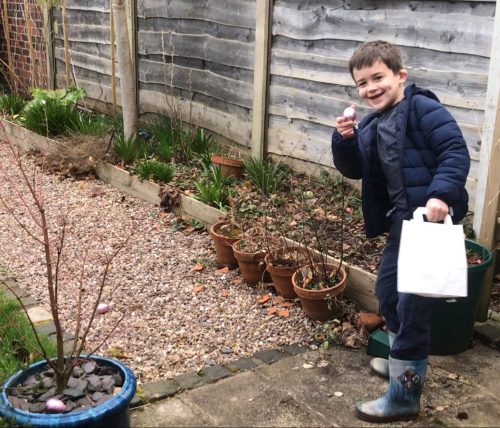 I’d spent most of the previous week inside looking after the boy, so I took the chance to escape to church for a really special Easter service in the church yard. It was well worth the 5am alarm and creeping out of the house in the dark. I got home again about 7.30am and grabbed the dog and took her for a really long walk. I was loving the fresh air, the bright, clear spring day and the fact that there was no one else around. We walked for miles and I managed to tire her out, a virtually impossible task. I felt so much better for getting out and having a bit of space to myself.

So that was March, a gin filled, crafty little month. I think in time I’ll look back on this month mostly remembering my heart being in my mouth when my son was being checked over by the Doctor. Lets hope April shows significant signs of improvement!

What have you been up to this March?

Like Loading...
This entry was posted in Life and tagged easter, Easter Egg Hunt, Gin Festival. Bookmark the permalink.