It was my second year judging and I’ve learned so much from going to the awards over the years. You can read my write up of the day here.

At lunch La Guilde Internationale des Fromagers inducted several new members into their ranks, including Chef James Martin. I managed to take a few snaps and also filmed that bit, you can watch the clips here. 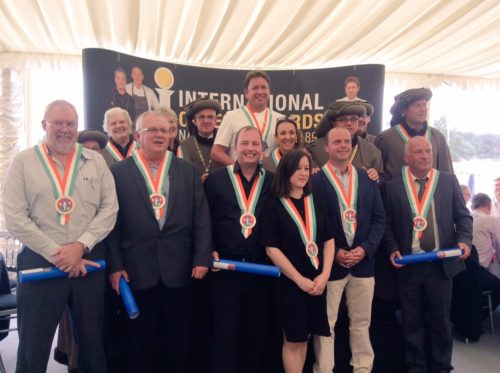 The International Cheese Awards are always a privilege to get involved with. Sadly it’s all over for another year, but I have a fridge full of cheese to enjoy in the meantime.