Adult colouring books have been a bit of a thing for a little while now and  there is a part of me which really likes the idea of sitting down and doing a bit of colouring. I was sent a copy of Calm Colour Create Magazine so I could see if colouring in was for me. 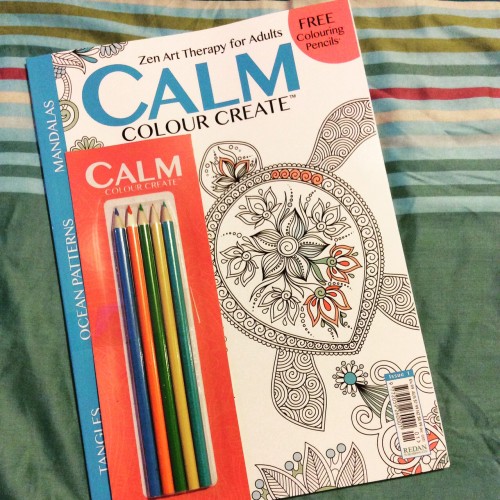 I have anxiety disorder and when I’m in the middle of it all and I can’t find a peaceful place in my head, the thought of focussing on some colouring in seems like a really good idea. It’s not a new idea, it’s a form of art therapy and something encouraged by mental health professionals. The great thing about adult colouring books is that you don’t need any artistic skills other than the ability to hold a pencil. 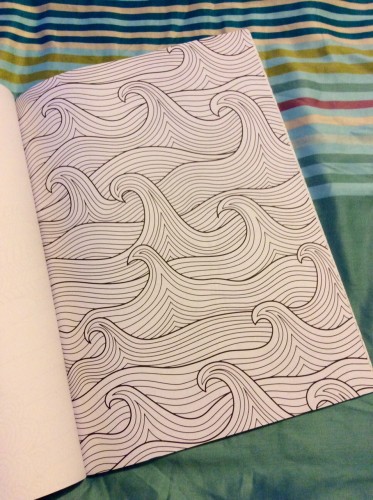 Rather than the simplistic designs you would normally find in a kids colouring book, the adult designs in Calm Colour Create Magazine are quite beautiful, featuring intricate patterns. The first issue of Calm Colour Create Magazine featured sophisticated ocean themed patterns and illustrations, and it came with a packet of colouring pencils, though I’m tempted to delve into our craft box and dig out a more extensive selection of colours.

After a tiring, stressful few days I took myself off to the quiet sanctuary of my bedroom to watch the Great British Bake Off and wind my mind down a little. I spent a restful hour colouring in and not thinking about the thousand things that have been on my mind recently. Doing some colouring in helped me switch off from some negative thoughts, focus on the task in hand and wound me down nicely in time for bed. 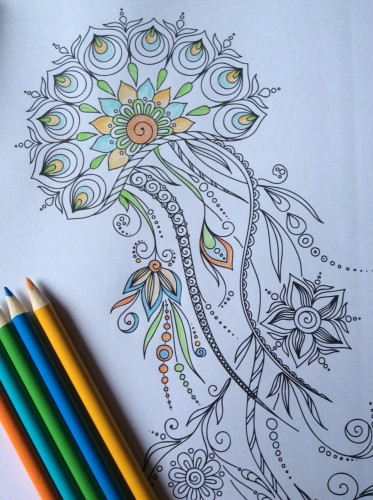 Calm Colour Create Magazine has 64 pages of black and white patterns and illustrations to colour in, including intricate mandalas and tangles. Each issue has a different theme, next month is florals. There’s a lot of colouring in in each magazine, so this one will last me a while, it’s handy to have something to focus on and distract me when my anxiety peaks.

Calm Colour Create Magazine is widely available, priced at £4.99 and definitely worth a look at if you’re interested in adult colouring or art therapy.

Note: I was sent a copy of Calm Colour Create Magazine free of charge for review purposes, all images and opinions are my own.