In the run up to Christmas we’re all busy going on nights out and being social butterflies. For most people a Christmas party is not the same without a mug of mulled wine or a glass or three of prosecco, but when the party is over how will you be getting home? I’m lucky enough to live near great public transport links, so it’s easy for us to just hop on the night bus home, but occasionally we’ll get invited to a do out in the sticks and someone needs to get us there and back safely.

The obvious solution when you need to take your car on a night out is to have a designated driver – someone who is prepared to forgo a festive drink so that their passengers can let their hair down. Co-op Insurance have created a fun Designated Driver Roulette Tool to help those groups of friends who can’t decide between them who will stay sober and and who will get sloshed. It’s important to share the designated driving duties and take turns when possible so the same person doesn’t keep losing the lottery, unless they really want to that is. The designated driver tool also includes a suggested IOU, so you owe the driver a coffee for example, seems a fair deal! 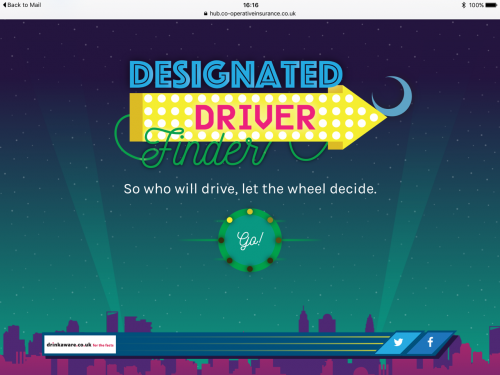 In a recent survey by The Co-op Insurance, a whopping 744,000 drivers think that they will be over the legal alcohol limit at some point when they drive this festive season. Of the 2,000 drivers questioned, 10% said that they would be having at least one alcoholic drink per night out over Christmas, with nearly a fifth (18%) admitting to thinking that they would be over the legal drink drive limit when they drive home afterwards.

Despite years of widespread anti drink driving campaigning, there are a number of reasons people will choose to drink and drive over Christmas, some of the more common reasons include –

Drivers who plan to drink drive perhaps don’t fully appreciate the consequences of their actions on the public and themselves, and if they are caught. According to the DVLA, those caught driving or attempting to drive whilst over the legal limit or unfit through drink can receive: 6 months’ imprisonment, an unlimited fine,  and/or a driving ban for at least 1 year (3 years if convicted twice in 10 years).

A fifth (20%) of the drivers surveyed admitted that drink driving is something that they have done before. Nearly half (49%) of drivers who are having at least one drink will be carrying passengers, and are most likely to have their partners and children in the car. 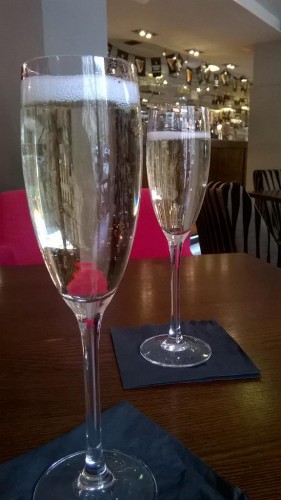 These days the don’t drink and drive message seems to have sunk in for many people, but many drivers are still underestimating how much they can drink and be safe and legal to drive that night; and many drivers drink so much the night before that they’re still over the limit when they hop in their car to go to work the next day.

If you’re going out this Christmas, please make sure you know how you’ll be getting home, bus, taxi, or a lift home with a sober friend. I don’t want to sound preachy, but 3000 people each year are seriously injured or killed on our roads due to drunk drivers. It’s not worth the risk to you, your friends or loved ones. Please drive carefully, and drive soberly. Merry Christmas!

For more information on the research from The Co-op Insurance click here.

= In collaboration with The Co-op Insurance =