Collecting Sea Glass in the UK

For the past 15 or so years we’ve holidayed along the stormy beaches of North Devon. During that time I’ve enjoyed beach combing and seeing what treasure I could find. A few years ago I found my first piece of sea glass and I was hooked. Since then I’ve searched beaches all over the UK with varying success. 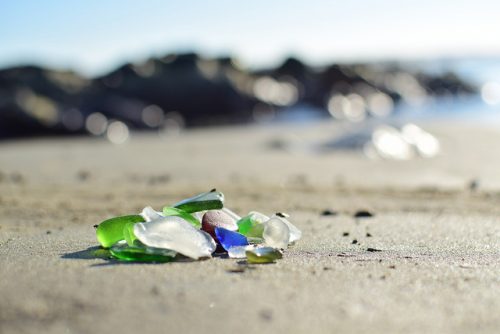 Sea glass is shards of glass, usually from smashed bottles or jars. The glass has been tossed in the sea until the edges are smooth and the glass looks frosted. It can take between 10 and 50 years for the sea to turn a broken bottle into sea glass. So each piece I find is something to treasure. Something special which I know has been years in the making.

We’ve recently returned from a family holiday in Bluestone Wales, which is near the beaches of Tenby and Saundersfoot. I wasn’t really holding out much hope of finding much when I first set foot on the beaches. They were both beautiful soft sandy beaches. I’ve always found beaches with a little more rock and shale to be best for sea glass. 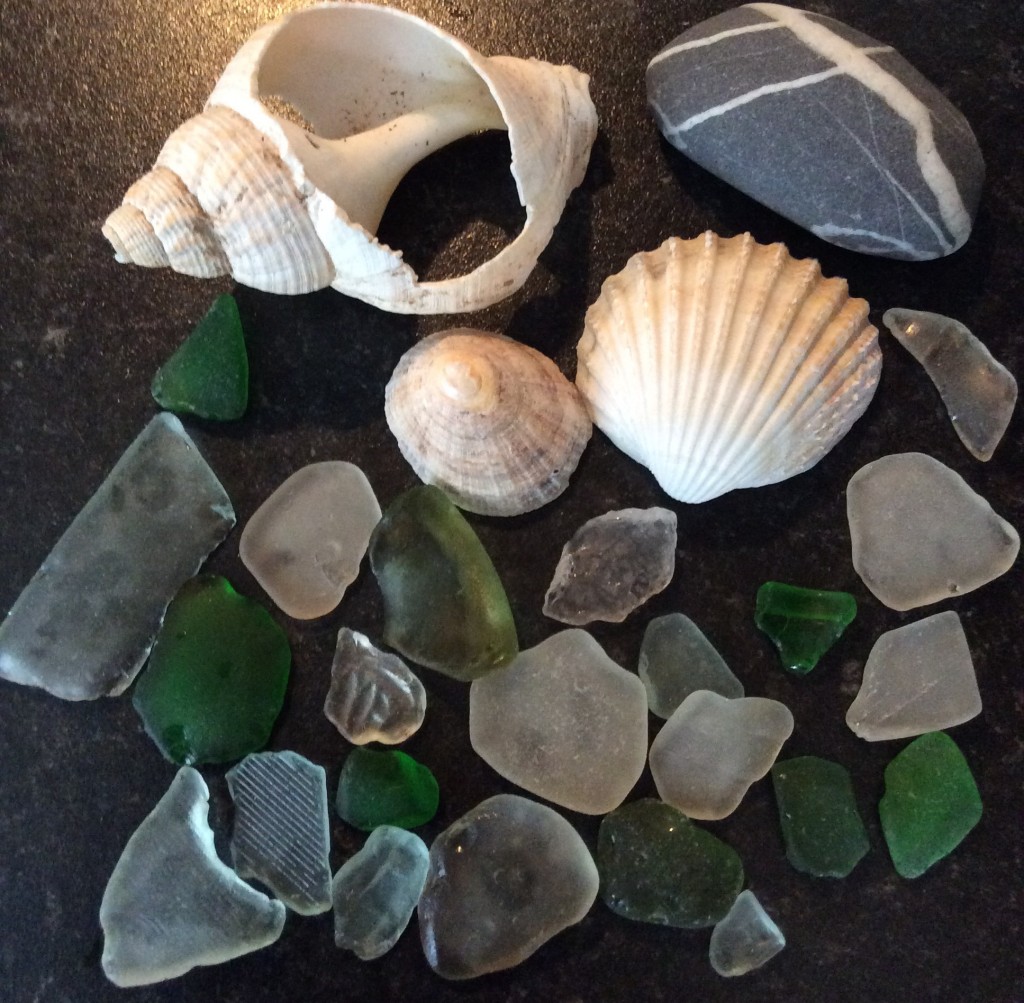 South Beach at Tenby is a stunning, clean beach. Admittedly I was very tired and didn’t beach comb for long, but I managed to find one or two pieces. I must stress that finding sea glass can be an incredibly hard task; most of the time I’ve left a beach either empty handed or with just one or two pieces in my pocket. I was pleased with what I found at Tenby.

The following day we went to Saundersfoot. Again this was a lovely clean sandy beach. There were lots of shells, so it was a very pleasant beach to comb. I walked up the shoreline and after a short while began picking up pieces. Then more pieces, and more, to the point where I had to take my hat off and carry everything I found in it.

In total I found over twenty pieces, in clear glass and green. I was very lucky to have found a couple of pieces with a pattern on them which I think is pretty special.

The problem with sea glass is that because collecting it is becoming increasingly popular there are fewer pieces to be found. Additionally you may just be picking up glass that’s been in the sea for a bit and not glass which has been formed and rubbed into true sea glass. I admit some of my pieces are more sea glass like than others, but I will be adding all of these to my collection.

I have a rule about collecting sea glass. If I find some which is still sharp then it goes in the bin. It is too new and I don’t want anyone cutting themselves on it. If its edges are rounding but it’s not yet mature enough for me, then I’ll pop it back in the sea for another collector on another day.

Collecting sea glass is a real labour of love. It gives me an excuse to hit the beach in all weathers. To wrap up against the winds and stalk the shore for treasure, or to swan about in a sun hat for a while. I’ve got a jar I put my sea glass in which I look at daily and remember the family holidays we’ve been on and fun we’ve had. I often wonder what the story is behind each little piece of frosted glass in my collection. My sea glass collection isn’t valuable, but it has value to me. It is my treasure.

Which beaches do you think are best for collecting Sea Glass in the UK? 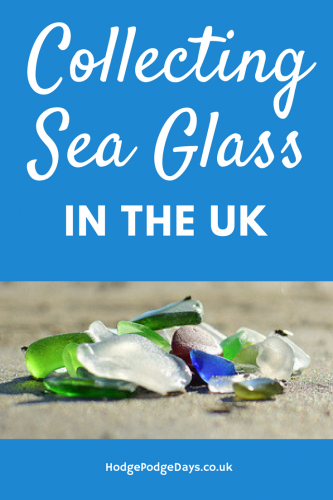