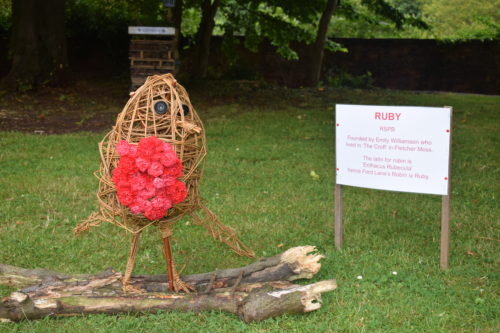 On 4th July this year the judges arrived to inspect the village for Didsbury in Bloom 2017. I live on one of the roads which is judged so we’d spent some time making sure our front garden looked the best it could. Over the weekend everyone down our lane pulled out their green bins and set to work making sure everything was tidy, swept and neatly trimmed. It looked a treat.

This year Didsbury in Bloom celebrated our connection to the Royal Society for the Protection of Birds (RSPB). The RSPB was founded by Emily Williamson in her home in Didsbury in 1889. Today you can visit where the first meetings were held at what is now the Alpine Tea Room in Fletcher Moss Gardens. 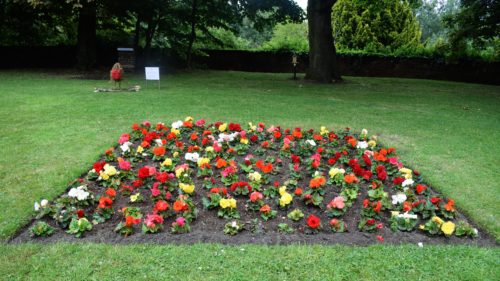 On Ford Lane the volunteers had spent a lot of time building and making a Bug Hotel. The Bug Hotel is a fine addition to the green on Ford Lane, creating a little wildlife haven for birds and bugs was a great idea. Some of the local children lent a hand to help build it and we hope it will become a permanent fixture on the lane. 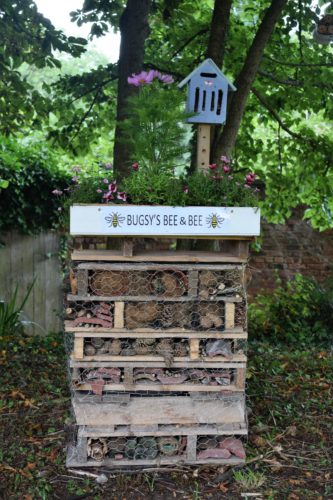 Ford Lane is fringed on one side by a strip of woodland and has tidy grass verges with planters which are planted with bulbs and bedding plants. In spring the lane comes alive with blousy blossom. It’s a real wildlife corridor and we have all kinds of birds visiting our gardens throughout the year. We also have a family of foxes, plus owls, bats and we’ve seen more butterflies about this year than I can remember. 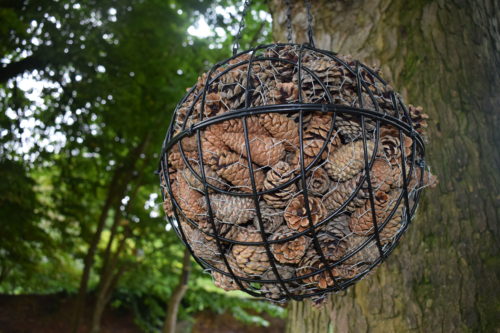 I really love this hanging ball of pine cones, made with two hanging baskets joined together. It’s huge but it looks great hanging from one of the ancient trees which are on the lane. Clever isn’t it?

After the judges had moved on to other parts of the village, some of the volunteers and helpers gathered for a much needed cup of tea and homemade cake. It was a good opportunity for neighbours to mingle and chat for a while. Even the cat found time in her busy schedule to join us. 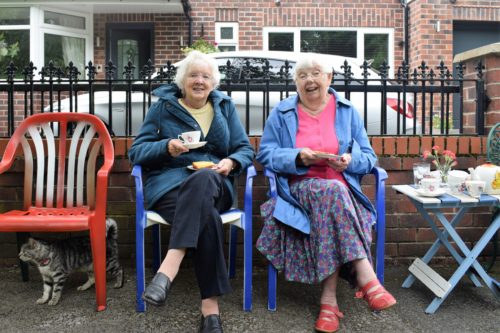 Didsbury in Bloom is a lovely community thing to be part of. We are very lucky to live somewhere where many of the residents have such pride in their area. We can’t always help out as much as we’d like, but we try to keep our front garden looking neat and tidy, and we help out on community days when the green bins, hedge trimmers and sweeping brushes come out.

The Didsbury in Bloom 2017 team won’t know the results of the judging for a little while yet, but we have high hopes of repeating the success of previous years.

Big thanks to Ted’s Garden Shed who worked really hard to clear the scruffy wilderness of our front garden and create something rather lovely in its place.

One of my favourite places to go for one of my regular walks is Fletcher Moss Botanical Gardens in Didsbury, not least because I can pop into the cafe for a pot of tea and a big wedge of cake while I’m out. This week whilst I was walking through the park I spied this, the Didsbury Bug Hotel.

Find twigs, pine cones, leaves or bark around the park and add it to our bug hotel to look after all our mini beasts! 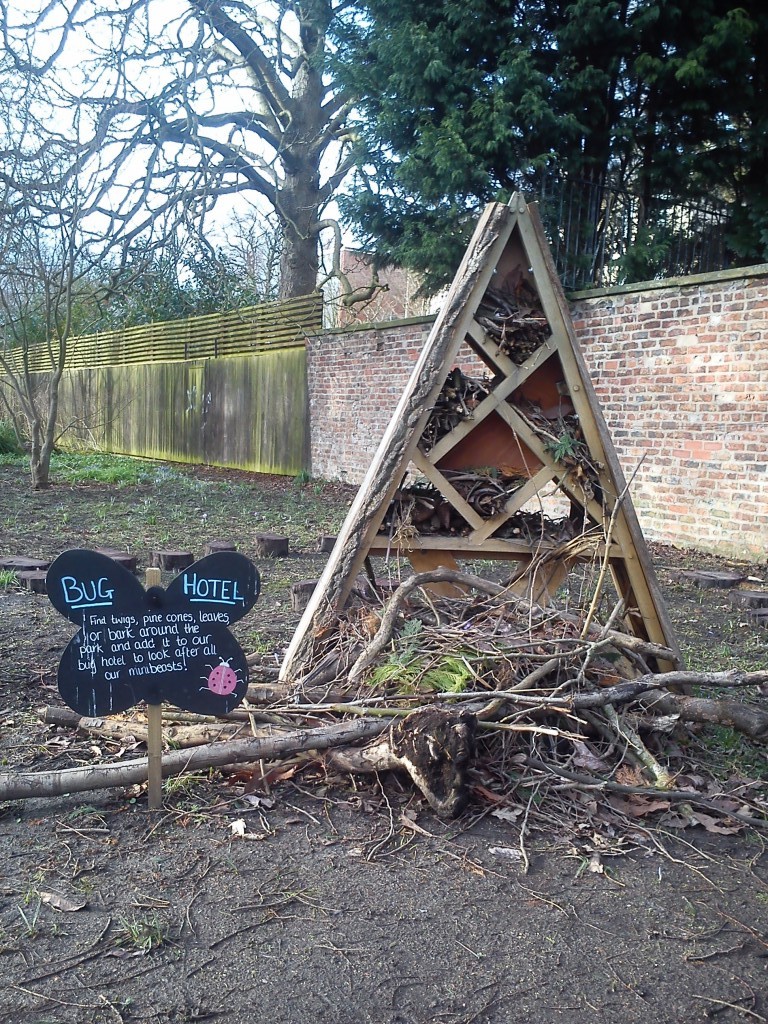 I thought this was a fantastic idea to encourage kids and families to do a little bit for nature and to learn more about the insects we have in the UK.

Apparently the average garden is home to over 2,000 different species of insects, some of these bugs are essential for helping to control the pests which eat our flowers, fruit and vegetables, some like bumblebees pollinate our plants who are in decline, so by building the Didsbury Bug Hotel we can contribute to their conservation.

I was incredibly excited to see the hotel pop up and I couldn’t wait to take the small boy out to see it at the weekend. Sadly by the time weekend had come around and we’d got to the park, the Didsbury Bug Hotel was gone. Vandals (for want of a better word) had burnt it down and I felt incredibly angry about that.

At home in our own garden I’m trying to create a space which encourages wildlife to thrive. Planting flowers which bees and butterflies love and we’ve got some bird feeders up for the local bird life. I think we’ll have to create out own little Didsbury Bug Hotel, it might not be as big as the one in Fletcher Moss, but it’s a small thing that we can do together to help our local insect population.