We were sent a selection of Funko Pop! products for review. All images and opinions are our own. This post contains affiliate links.

Over the years the boy has been given a small selection of Funko Pop collectible figures. Being collectibles, we’ve put them somewhere safe and kept them in their box. My son isn’t much of one for just looking at things, he’s very hands on and wants all his toys to join him in epic battles with wizards and dragons, or whatever his imagination is enjoying this week. Funko figures really tick a lot of those boxes and their distinctive style is appealing to young and old alike. 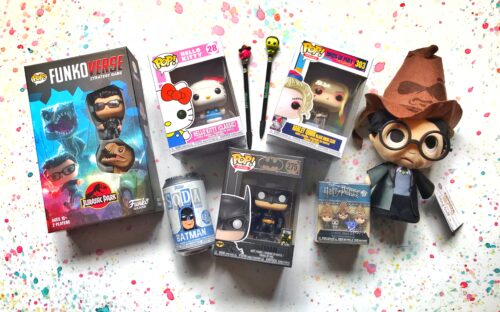 This week we received a big box of Funko goodies, and honestly, it’s been so nice to step away from the schoolwork and just mess about and play with them for an afternoon or two. There were a good selection of Funko products, from a cuddly toy, some blind bag style collectibles, a game and of course the famous Funko Pop! vinyl collectables.

Funko Pop! vinyl collectibles are famous and sought after all over the world. The figures are licenced and there are so many different ranges of them to choose from. My son started out collecting some of the Power Rangers ones, but he’s moved on a bit now and likes the Marvel figures. 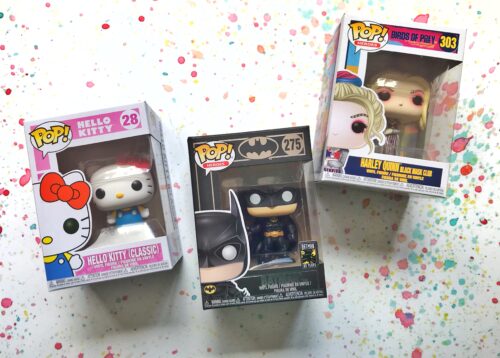 From Star Wars, to Disney, Jurassic Park to Basketball, there are Funko Pop! vinyl collectible figures for the things you’re into. They’re as excitingly collectible for adults as they are for children. The figures are a simple design, with a big head and each one is instantly recognisable as the character they’re supposed to be. Personally I’ve got my eye on the Magnum PI figure.

We were sent a Hello Kitty, Harley Quinn and a Batman figure. They cost around £9.99 each and make great gifts and collectibles.

Aside from the vinyl figures, we were sent a Funkoverse Jurassic Park board game. I had no idea they did games too and this excited us all. It’s an exciting strategy game based on the Jurassic Park films. It is ideal for ages 10+ and each game lasts around 20 minutes, so it is ideal for people like me who prefer quick fire games which don’t last for hours.

The boy is a huge Harry Potter fan, so we were extra pleased that we were sent a Harry Potter plush, he’s wearing the Sorting Hat and looking a bit worried about which House he might be sorted into. There are a number of plushes in the range and they also cost around £9.99. 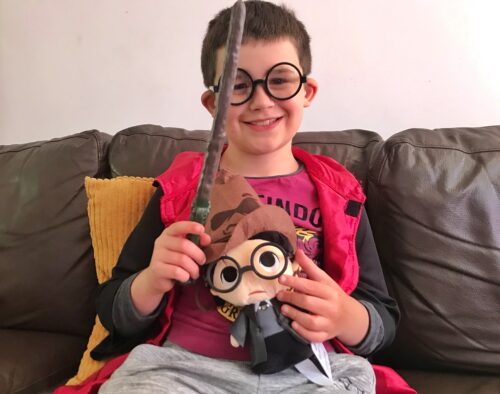 Alongside the plush, there’s a Mystery Mini: Harry Potter blind box to open. There are 14 mini vinyl figures to collect and they’re great fun. They are cartoony and really detailed and would be a lovely thing for a Harry Potter fan to collect. My son really enjoyed the blind bag aspect of it. They cost around £7.75 per box but the figures are a good size and I think are well worth the money. 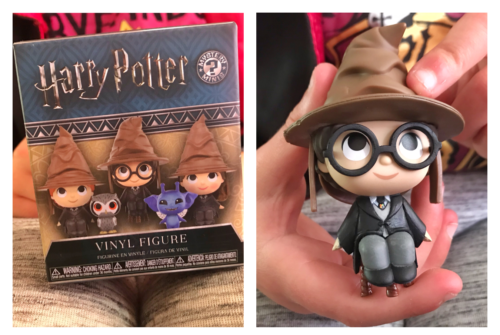 Continuing the blind bag theme, the boy was keen to crack open this Soda Can Batman figure. The can contains a “POG“-shaped collector’s card and a 10 5 cm limited edition Batman vinyl figure. The cans are available for around £13.99 but this one is a little more expensive and is currently available on Amazon for £24.95. 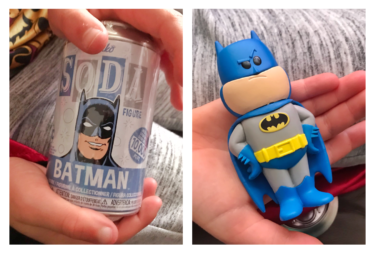 There’s a lot of fun to be had with Funko Pop! collectibles. If, like my son you love to collect things, then Funko will tick a lot of boxes for you. They have a distinctive and appealing style and if you choose well, your collection might be worth a lot of money in years to come.

For more information or to browse their shop, visit the Funko Pop! website.