At the start of the summer, my Facebook timeline was full of memes about how we only get 18 summers with our children and how we need to make the most of them. This is summer number 8 for us, and the annual highlight of our “making the most of our time together” is always the Just So Festival. It’s three days away together, entirely unplugged; learning, exploring, enjoying and just loving everything the festival has to offer.

The Just So Festival 2018 has had a tiny shake up. All the old favourites were there, but just enough things had changed to keep it fresh for the families like us who come year after year. 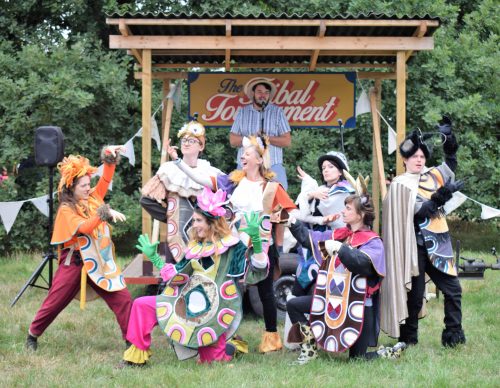 Back in July we went to the Timber Festival, run by the people behind Just So, but aimed at a slightly older crowd with more of an ecological bent. There were some really fabulous things at Timber which thankfully made their way to Just So too. Things like The Lost Words, The Moth Hotel, Hammer and Chisel and the Coppice Maze.

A couple of the areas had been jigged about, the (fabulous) Flamingo Lounge was up near the Village Green and seemed more popular than ever. Hurrah for the Pirate King was a surprising but wonderful opera-ballet-pirate mash up with added unicorn. Modern Warrior was a great opportunity for everyone to get involved in a spot of martial arts style dance and The Silent Disco was a particular highlight (do not miss this if it’s on next year). 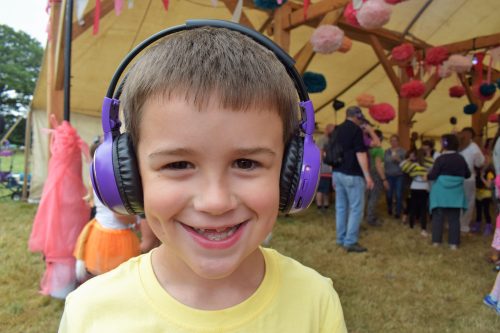 Down by the lake, there was a re-named area called Roll up! Roll up! which had more of a circus theme. There were circus skills workshops running throughout, trapeze artists, a custard catwalk, the amazing Band at the End of the World and the incredible Bullzini Family running high-wire workshops and putting on a spectacular performance. 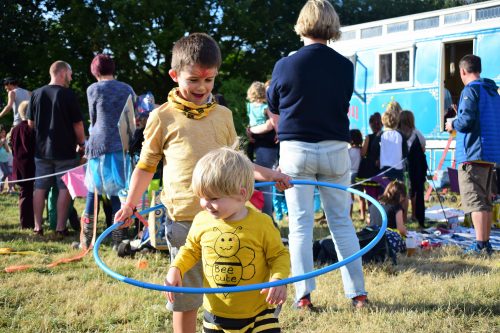 I really enjoyed the Idlewood area this year, the Woodland Library had moved in and there were lots of colourful hammocks lashed to the trees where you could recline and relax with a good book. There were also theatre performances, Tai Chi and a chance to meet the Fairy Queen. 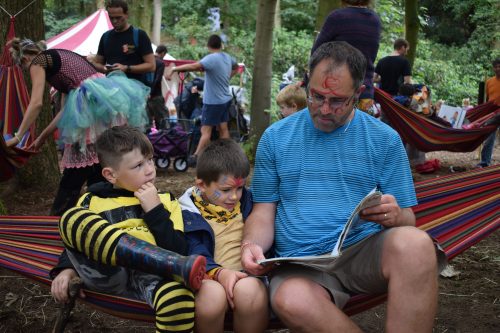 The highlight for me, was as always the Spellbound Forest. Tucked away in the woods, perched on a log around the campfire, listening to ancient stories told by Ian Douglas, watching Mr Foppletwig and Professor Pumpernickel variously perform amazing magic tricks and scientific experiments and campfire songs with Ian Mackintosh. It’s so comfortable around that campfire, it often feels like hard work to tear yourself away and explore what else is going on. 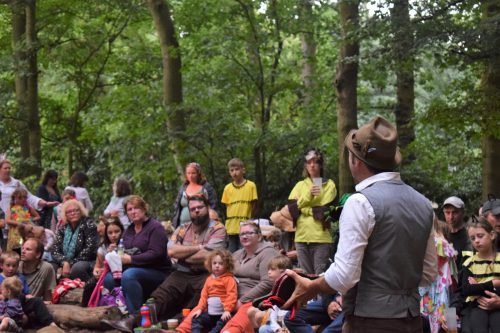 And there is so much going on. There are three packed Just So days and it’s almost impossible to get round to everything you want to see and do. I always end up having Just So regrets about things I have missed. Things people tell you about after they’ve happened. You make a mental note of it for next year and hope for the best.

Just So is such a remarkably safe space for families. It’s safe in a way that you can send a pair of 8 year olds off into the woods to do a Barefoot Walk for 10 minutes and know that they will come back filthy, with damp socks and full of the spirit of independence. It’s safe in the way that you know that everything they see and do will enrich them in some way. It is safe, because it just is. 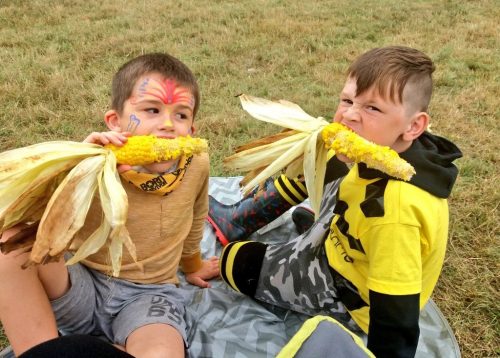 We sang, we danced, we ate, we laughed, I might have had a little cry of loveliness too. We had late nights, early mornings. We were filthy, we were covered in sand, custard and feathers, but we were happy and we were free. Just So is three wonderful, magical days a year which we remember incredibly fondly and look forward to above and beyond anything else.

See you round the campfire next year?

To grab your tickets for next year’s Just So Festival, visit www.justsofestival.org.uk.