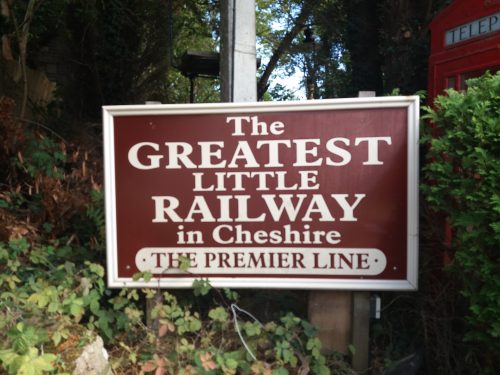 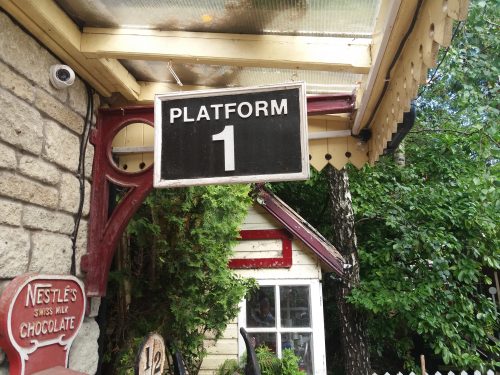 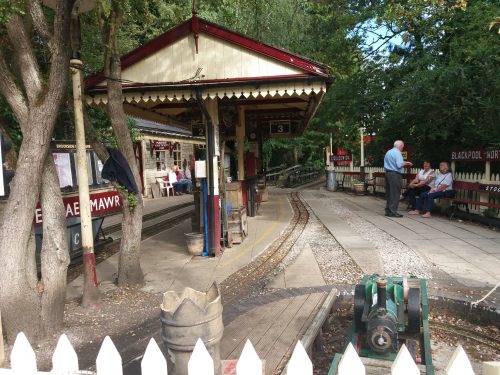 Having a small boy who loves steam trains means that we get to spend a lot of time around them. As wonderful and majestic as they are, generally they’re not cheap. One of our favourite and budget local days out is to visit Brookside Miniature Railway in Poynton, Cheshire.

The Brookside Miniature Railway is about 20 minutes drive from our house, and a ten ride ticket costs £12; meaning our family of three can have two journeys together, then Mummy and the boy, then Daddy and the boy get a ride. I think that’s pretty good value. 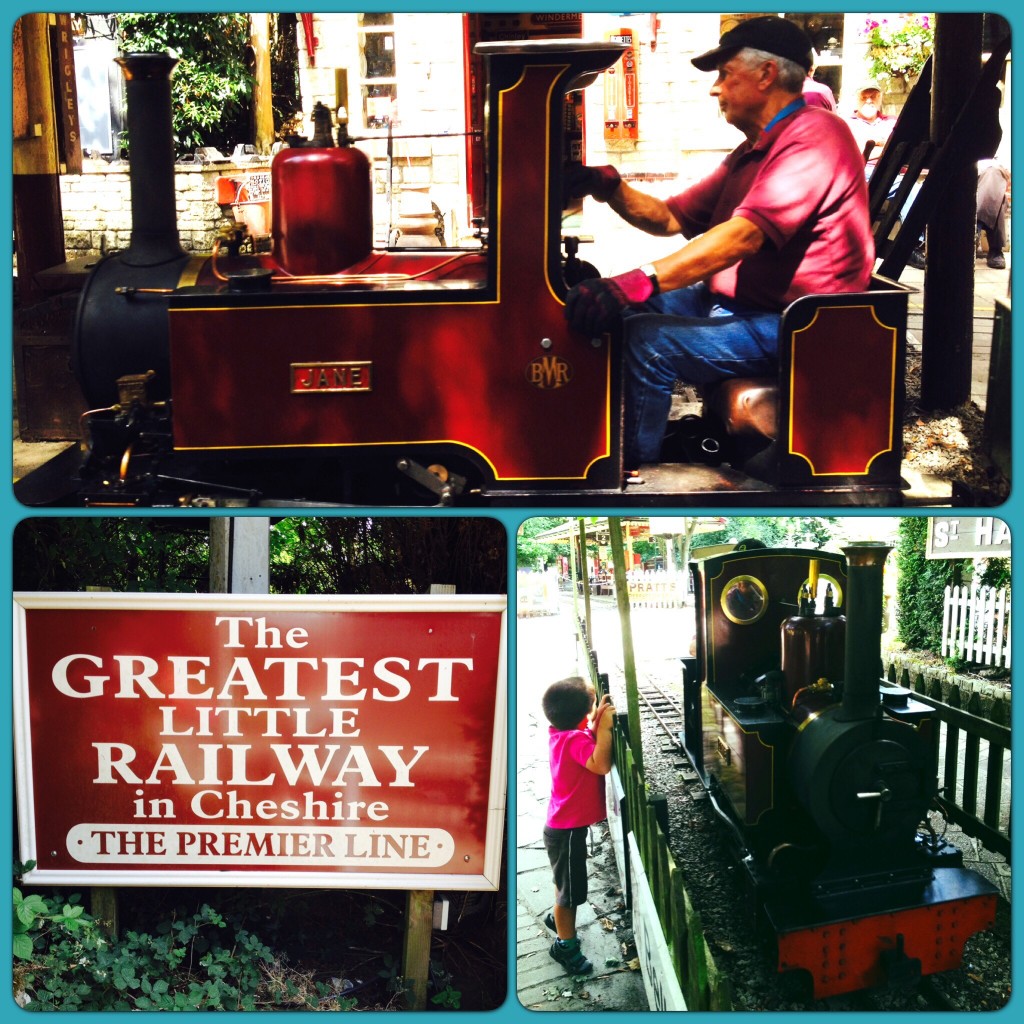 Each ride is 5 minutes of chugging around the track on a steam train (or sometimes the Diesel engine). The track winds around the garden centre grounds, over bridges, through tunnels and past a traditional fairground (it stops here if the fair is open, but you don’t have to get off). The line is decorated with railway memorabilia including station signs from all over the UK and other engines and trucks. 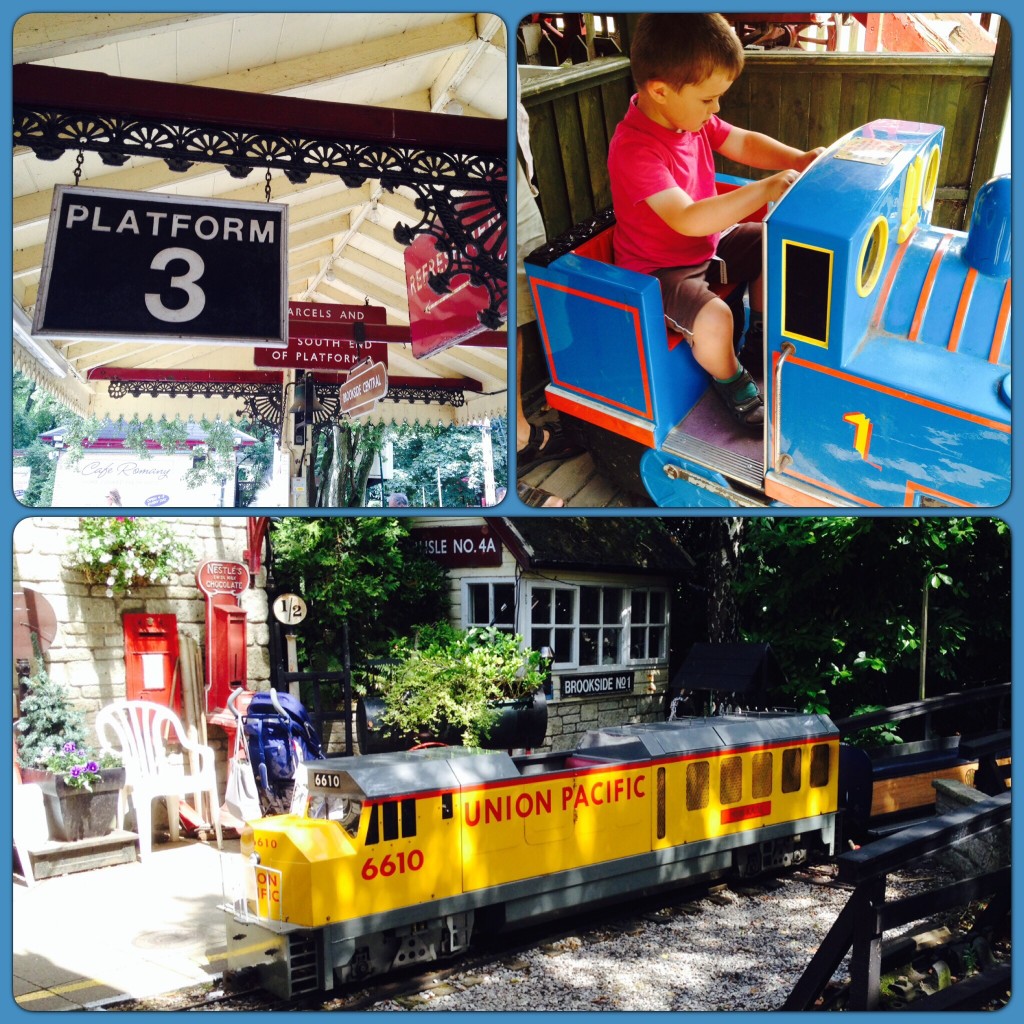 It’s a very pleasant and pocket-friendly way to while away a few hours with a junior train enthusiast. There’s a cafe nearby and as it was very, very hot we had some ice creams. There’s a train themed playground too, complete with a real steam engine to explore.

We go there quite a lot and it never seems to get old. Brookside Miniature Railway is a day out we all enjoy and it won’t break the bank either.

UPDATE: September 2018. Sadly the Brookside Miniature Railway in Poynton has now closed and their engines have found homes at other miniature railways across the UK. The last day was very sad, we went along for one last ride which you can read about here. I also filmed our last journey which you can watch on YouTube here.