We were sent a set of NERF BUNKR Battle Cubes for review. All images and opinions are our own.

My ten year old is obsessed with having NERF battles in the park with his friends. He has a large collection of NERF guns and likes to do target practice in the garden, NERF is important to him and if I’m honest, I enjoy joining in and having a little shoot-out with him too.

The latest addition to his NERF armoury is a set of the new Battle Cubes. They’re inflatable cubes which help to enhance your NERF battle play. You can create and customise you own battlefield with these big inflatable obstacles which provide great cover for NERF shoot-outs! 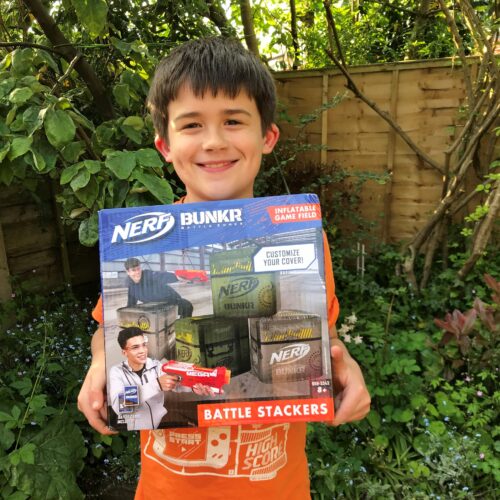 The NERF BUNKR Battle Cubes are easily inflated, especially if you’ve got a pump. First you put in some water, this is to provide the inflatable cubes with a bit of weight so they don’t blow away or fall over. Then you fill the cubes with air. They didn’t take very long at all to inflate and we managed to get them pumped up and in action in around 10 minutes. 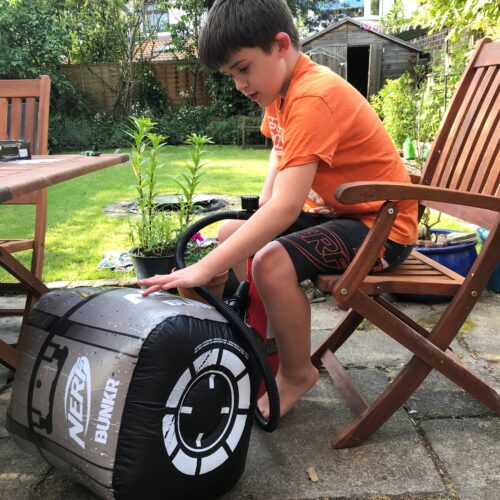 The Battle Cubes cost around £20 and includes four cubes. In the box you will also find some spare patched to repair any air leaks and a set of Nerf BUNKR Battle Game cards; with some strategy ideas and tactics to help your battle plans. 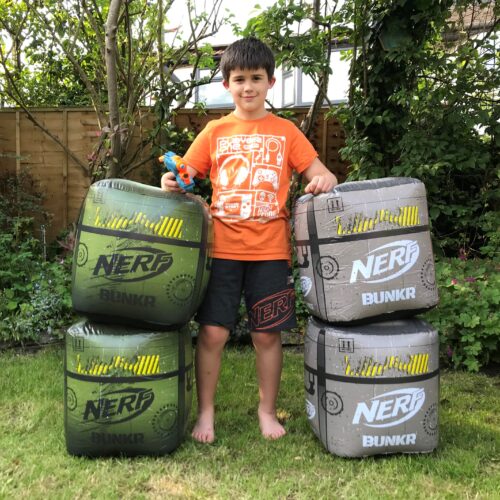 The Battle Cubes have an integrated water base for stability during outdoor play,  as well as integrated dart storage, which is very handy in combat! Once you’ve finished your battle, the cubes can be easily deflated and flattened for storage.

NERF BUNKR Battle Cubes are suitable for ages 8+. My ten year old had no trouble inflating them and setting them up himself. 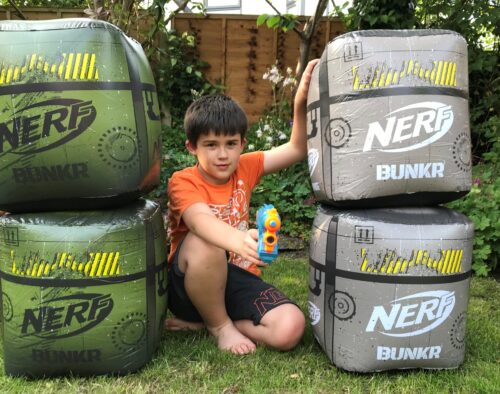