AD/Gifted. My son loves collectables. Anything he can collect and then swap with friends in the playground is an absolute dream for him. Over the years we’ve had all kinds of things, but his latest slimy obsession is Pop Pops Snotz.

Pop Pops Snotz are bubbles of green slime (in various shades) which you pop by squashing them with your fist. The bubble bursts and the green snot-like ooze comes out. In some of the snot bubbles you’ll find a small collectable figure, which you can trade with your friends. 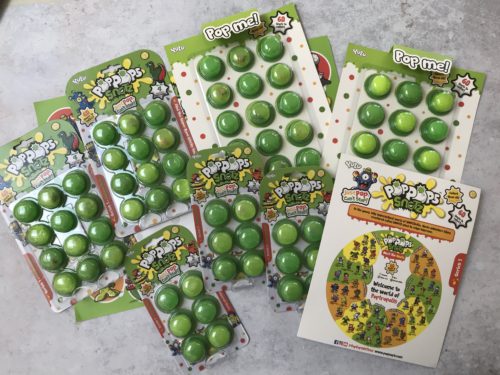 Each pack contains a collectors leaflet and a varying number of collectable figures. There are 60 figures to collect in series 1, so you’ve got to pop a lot of snot bubbles to find all 60 of the collectable gross Snotz characters.

My son absolutely loved popping the bubbles and playing with the slime. There are a couple of things I would do when he is having a popping session.

As much fun as the Pop Pops Snotz were, I have a bit of a problem with the waste they made. The bubbles you pop are made of plastic and I’m not sure how recyclable that is, there’s also no pot supplied or available to store the slime in, so ours is in a clean jam jar for now. It’s a great idea, I’m just a bit mindful of the waste aspect and I feel this could have been done better, perhaps with more recyclable or compostable options. 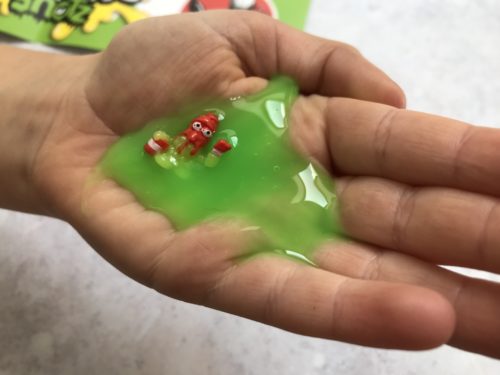 Despite this, my son continues to love Pop Pops Snotz. I’m not sure if it’s the snot popping or the collectable element he likes most. They’re an occasional treat, a slimy, snotty, slightly disgusting occasional treat; perfect for 8 year olds!

You can buy Pop Pops Snotz from a range of retailers and online (affiliate link).

Disclosure: We were sent some Pop Pops Snotz to try in exchange for a blog post. All images and opinions are our own.