The last few months have felt pretty hectic for our family. We’ve been here, there and everywhere; almost always in a rush and not spending enough time just enjoying being together. Over the weekend we packed up the car and headed off to Inside Out Camping in the small village of Seatoller in the Borrowdale valley. Seatoller is near Keswick in the Lake District and we were glamping for two nights, staying in a Yurt. There was no electricity, no WiFi, no phone signal; just us and the great outdoors and it was nothing short of wonderful. 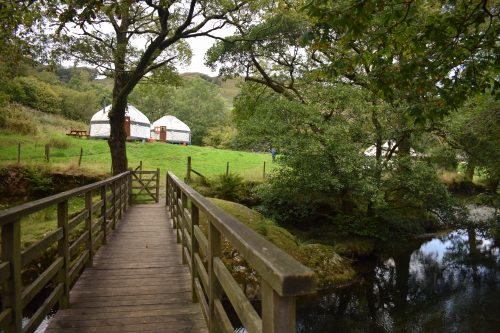 I’ve wanted to go glamping for a while. The idea of not having to put up or take down a tent and not having to carry every single thing we’d need for the weekend was very appealing. I also liked the idea of a little bit of luxury in the middle of nowhere; in this case, a woodburner and a comfy futon to sleep on. There’s something quite luxurious about just being able to turn up without a car full of camping gear which takes a few hours to set up. Glamping is still camping, but with more of the comforts of home.

We arrived at Seatoller near Keswick, and spotting some of the yurts from the main road, made our way down the track to the small campsite. There are six yurts available to book and space for other campers in their own tents too. The site runs alongside the River Derwent, which when we arrived was a gentle, shimmering river which babbled alongside the yurts. 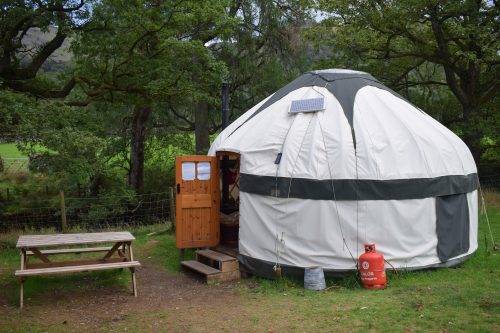 We walked down to our yurt at the far end of the site. It stood right next to the river. Outside was a wooden picnic table and two wooden steps to the door of the yurt. Inside was a clean and well-equipped space. There was one double futon and two single futons with clean, crisp bedding. There was a gas stove and a kitchen area, plus a woodburner with a bag of logs to get us started.

We unpacked, got settled in and did what all English people do; we made a cup of tea. The boy ran about exploring the site, he crossed the bridge several times and scrambled down the banks of the river. On a warmer (or braver) day we might have all gone for a paddle, but we didn’t. The site is like a fairy glen and although it’s small, there’s a lot to explore. 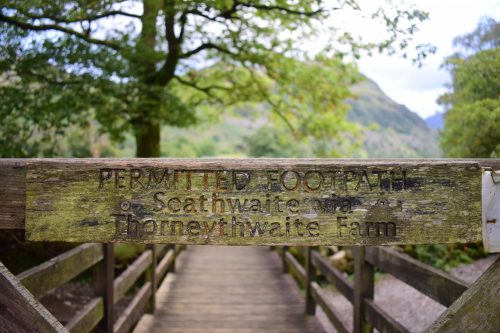 You do need a torch when you’re walking through the campsite at night back to the yurt. The site is unlit and without electricity, though the yurts have solar-powered lights and fairy lights too.

At night the yurt is really cosy. The beds have feather duvets and pillows and I’d forgotten just how snuggly they were. Tucked up in bed with the woodburner flickering away in the corner; a mug of cocoa and the fairy lights on, it’s a little piece of heaven. After a busy day walking and exploring the Lake District, we’d all fall into bed, talking and laughing together until we drifted off to sleep. With the stars shimmering through the skylight, it was truly magical. 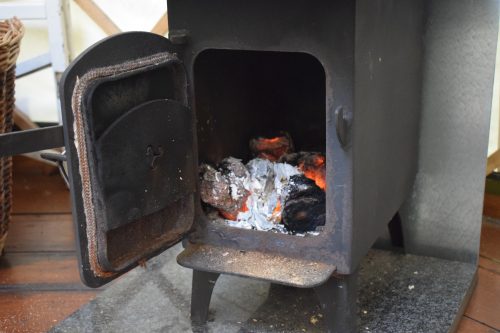 Inside Out Camping is located on Seatoller Farm which is a sheep farm near Kewsick. The campsite is surrounded by fields of Herdwick sheep (my favourite breed of sheep, yes I have a favourite breed). You can walk up to the farm and buy Herdwick sausages and burgers to take home or cook in your yurt. We had a busy weekend planned and we didn’t end up making anything more adventurous than breakfast and endless cups of coffee.

Although the site feels like it’s really out in the sticks, it’s very well served by regular public transport from Keswick. Just over a mile up the road, the Langstrath Country Inn serves good food. There are more pubs dotted along the road to Keswick, and once in Keswick there are more places to eat and drink than you can shake a stick at! 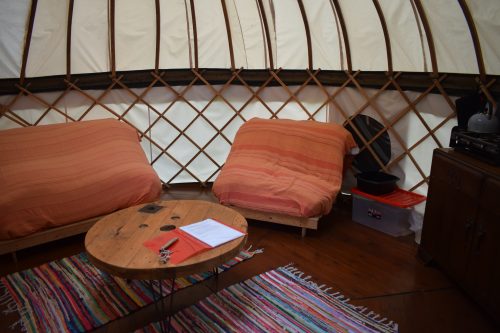 I confess I did have a slight wobble on the first night about there being no internet. I had a word with myself and just embraced it. There’s no better place for me than being beside my 7 year old when he’s on an adventure; climbing trees, scrabbling over rocks, defending the bridge from imaginary marauding pirates. You don’t need the internet or electricity for that.

It’s a small site with a basic but clean toilet block. Showers are available at the farmhouse a ten minute walk up the road. 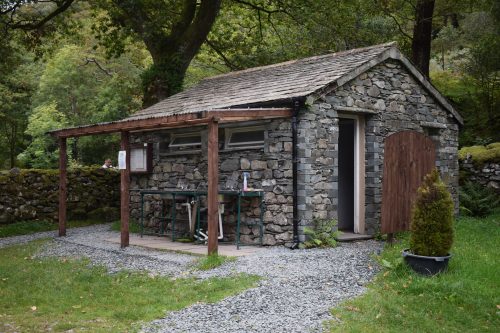 The Inside Out Camping yurts are an absolutely ideal base for visiting the Lake District. Whether you’re on a walking holiday, or exploring with the family. The area was wild and rugged enough to feel like you’ve really stepped away from the hustle and bustle of life at home; but close enough to Keswick to not be too far from the home comforts a city girl appreciates (Booths. I mean Booths).

Seatoller is a magical place. The Borrowdale valley is very beautiful and with autumn beginning to make itself known, it was a valley of mists and mellow fruitfulness. We were sad to pack up and leave after our two days of yurt life. It hadn’t taken long to settle into a rhythm there. I liked the home comforts and the peace. The boys liked exploring and we all really liked just chilling out together. It’s unusual for us all to agree on something, but we all really enjoyed our taste of yurt life and beautiful Borrowdale has a way of getting under your skin. 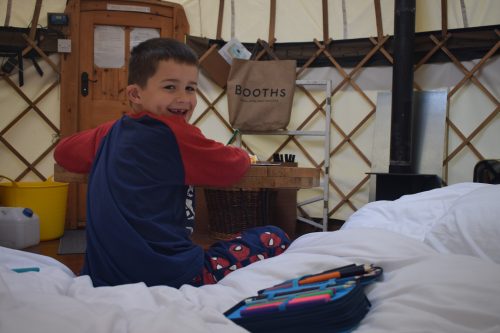 We all want to go glamping again, we all want to stay in a yurt too; and I think a return visit to Inside Out Camping will be on our list for next year.

Yurts at Inside Out Camping at Seatoller Farm start from £285 for a three night weekend stay. For more information about glamping in the UK, visit the Campsites.co.uk website. 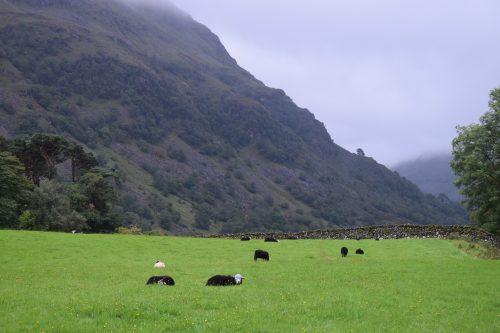 We were invited guests of Inside Out Camping. All our images and opinions are our own.