With Tier 4 about to be imposed, we slipped up to Lancashire for a winter walk around Whalley Abbey. Whalley Abbey is a former Cistercian Abbey and is a little under an hour long drive from my home in South Manchester; but worth the trip if you like ruined buildings, beautiful views and lunch at an excellent café. 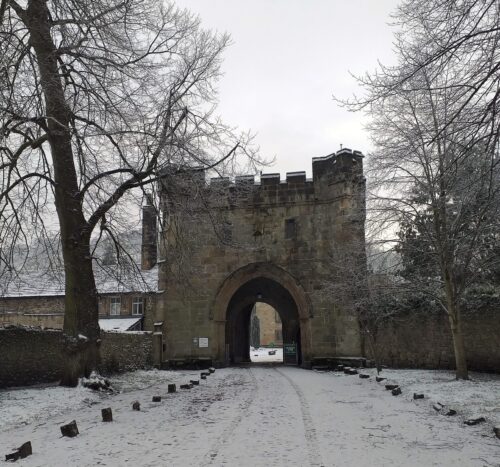 We managed to visit on one of the snowiest days of the year, but Whalley Abbey looked extra beautiful in the crisp white snow. We were a little less keen to explore the ruins, given we couldn’t see the paths underfoot; but we respectfully wandered around the areas other people had trod before.

Whalley Abbey in Lancashire was established by Cistercian monks in the 14th Century, with building completed late in the 15th Century. 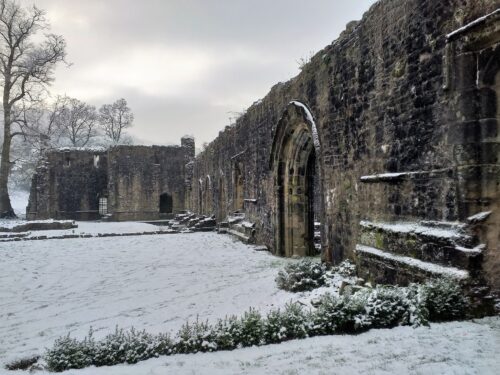 The Abbey was dissolved by Henry VIII in 1537, as part of his dissolution of the monasteries. Its last Abbot, John Paslew was executed for his part in the Pilgrimage of Grace, a popular uprising in the North of England against Henry’s Reformation.

It’s unclear when the Abbey fell to ruin; but it must have been a useful source of stone for those in the village of Whalley. It is said that it’s possible to rebuild the Abbey entirely but half the village would fall down. 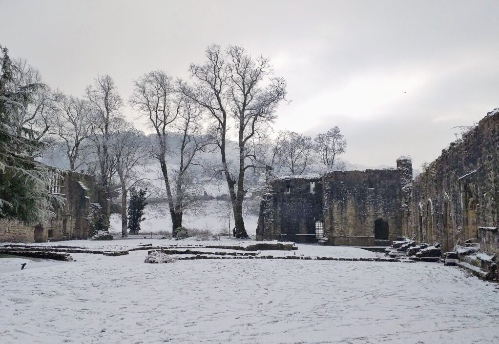 The Abbey was sold by the Crown and converted into a private residence until its sale in the 20th Century to the Anglican Diocese of Manchester. It passed to the new Diocese of Blackburn on its founding. Under the care of the church, chapels were created in the house itself. The site of the Abbey church was excavated and the foundations were exposed. 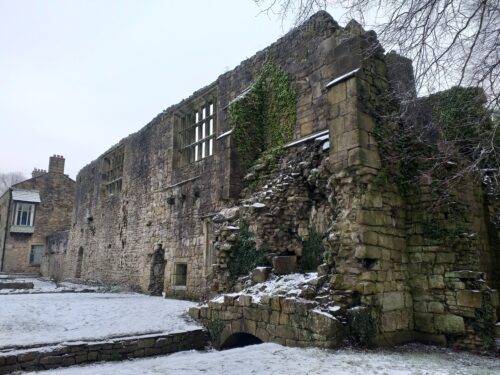 The ruins were beautiful and it was clear that the grounds of the Abbey would be striking in all seasons. But it was bitterly cold and we were in need of a hot cup of tea and a warm lunch. Happily the Autisan Café (a café staffed by volunteers and run by the National Autistic Society) was open and doing a roaring takeaway trade. We can highly recommend the jacket potatoes, though we were told the soup and toasties were also excellent. 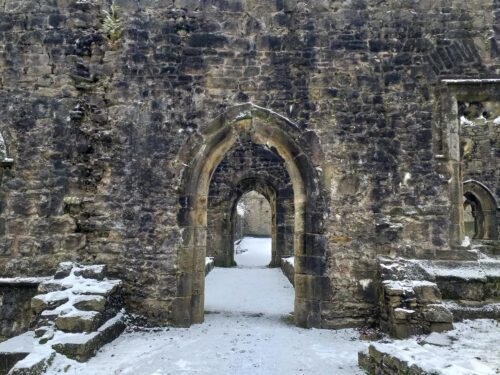 We spent a happy hour or so exploring the snowy grounds. It was fairly busy, but there was enough parking on the main road outside the gatehouse and some parking inside; though this may be more limited when the Abbey is open for events and such like.

Today the Abbey hosts retreats and the grounds are open year round. It’s well worth a visit if you’re in the area and is popular with artists and photographers. For more information on Whalley Abbey, visit their website. 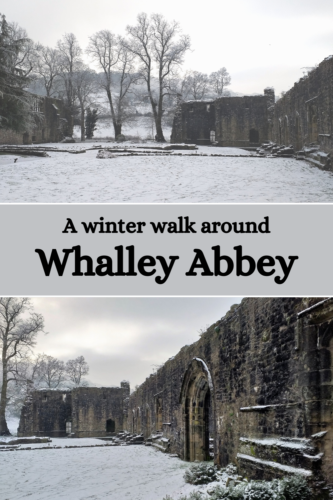