Last year, probably very high on most Christmas lists you’d find Fingerlings. They were cute little monkeys who would cling to your finger and be adorable. This is all very sweet; but for my son who favours a fearsome dinosaur over almost anything else, the thing he’s most been looking forward to this spring was the launch of UNTAMED Raptors – fearsome dinosaur fingerlings which roar, snap and snarl at you. 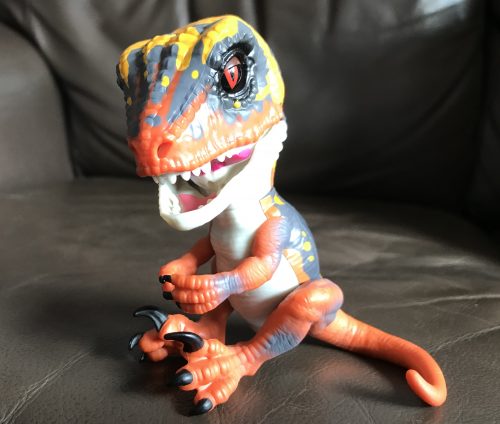 The UNTAMED Raptors which have just been launched in the UK are available in four different characters; each with its own name and unique personality. Choose from Stealth, Blaze, Fury and Razor. Each raptor has snapping jaws, gripping claws and they react to touch, motion and noise. They have over 40 different sounds and reactions. The UNTAMED Raptors are based on Velociraptors, so would tick some boxes for young dinosaur fans like my son.

We welcomed Blaze the Raptor into our home. We weren’t really sure what to make of him, until I spotted the on/off button on the back of his head. He immediately sprung to life, snarling and chomping. 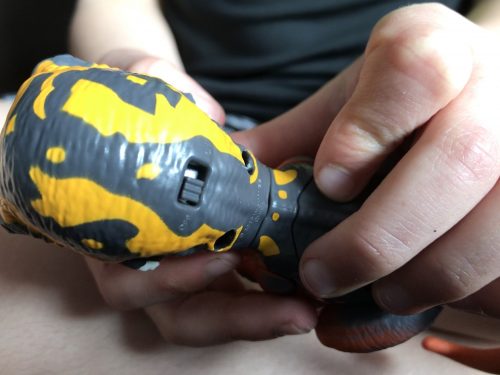 I was a little worried that Blaze (our Raptor) would have pretty limited appeal; but he’s been a roaring, hissing part of our lives for a few days now. I asked my son what he thought of it, and he said he liked all the noises and the way it moves. He’s figured out more or less where to tap the Raptor to get it to react to him. Although he left it alone when he left the room and it lay there thrashing and roaring to itself for a minute or two which was quite funny.

It’s a sturdy figure, made of plastic and colourfully painted. It has moving parts such as its eyes, mouth and head and its legs are positioned so they wrap around your finger. The space where you put your finger is quite small, it is absolutely the right size for my son’s fingers, but a little too tight for my dainty digits. 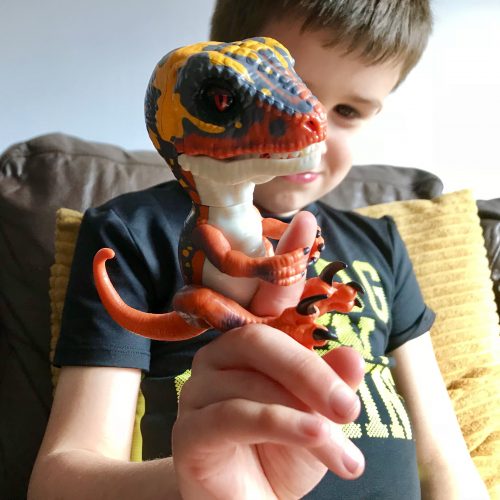 It fits in really well with my son’s extensive dinosaur collection. What sets it apart is that it is so animated compared to the rest of his figures. It has a slightly cartoonish appearance, but with all the snarling, roaring and chomping, it makes it a little bit adorable, in a fearsome way.

The Verdict: Really cool dino figures who respond and react to you. They seem to be really good quality, they’re certainly lots of fun and they’re very appealing, especially to dinosaur fans. We think they’re roarsome!

The UNTAMED Raptors Fingerlings are suitable for ages 5+ and cost £16.99 each. 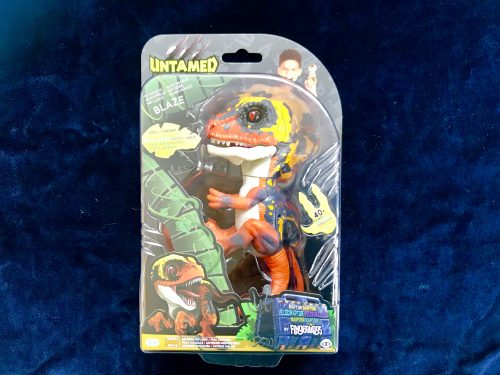 We have been sent the UNTAMED Raptor for review purposes. All images and opinions are our own.