I am part of the Asmodee UK Blogger Board Game Club run by Playtime PR. Each month 50 bloggers are sent a board game to play and put to the test. This month we were sent Codenames Pictures card game to play. 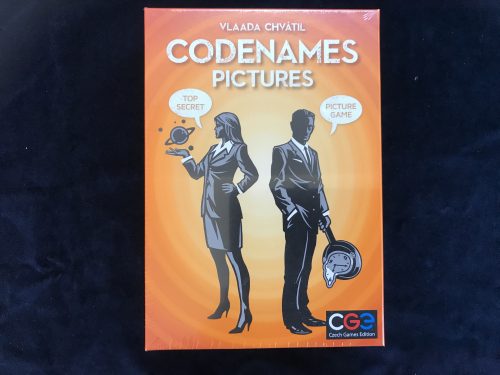 Last month we struck Blogger Board Game Club gold with the Timeline British History Card Game. It was easy to set up, the rules were simple, everything fit into a little tin so you could take it anywhere easily. This month we were sent the much more complicated Codenames Pictures game which comes with a 12 page set of rules and instructions.

Ideally you need a minimum of four people to play this game, we tried with just two and it wasn’t as exciting as we suspect it could be. In teams of at least two people, one of you plays the role of Spy Master, the others, are Field Operatives. The spy master has to give cryptic clues and the field operatives have to guess the answer correctly. Innocent bystanders can get hurt or your rival spy team could get the upper hand. Either way, it’s complicated. 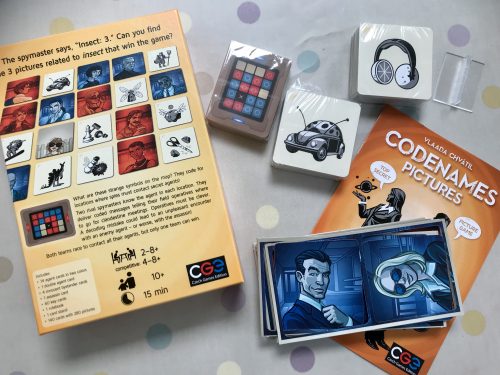 Codenames Pictures is described as a simple guessing game, but it’s harder than that. The spy master has to give the field operatives a codeword relating to one of more of the picture cards on the board. For example there might be a fish in a glass of water. The spy master might give the clue “gills”; the field operatives then have to touch the card or cards they think they relate to. If this is guessed correctly then the picture card is covered with a red or blue spy card. This depends on what the pattern on the key card is, see, it’s complicated.

I’m not even going to try to explain how the game fully works, there’s a 12 page booklet you can read if you want the full rundown. 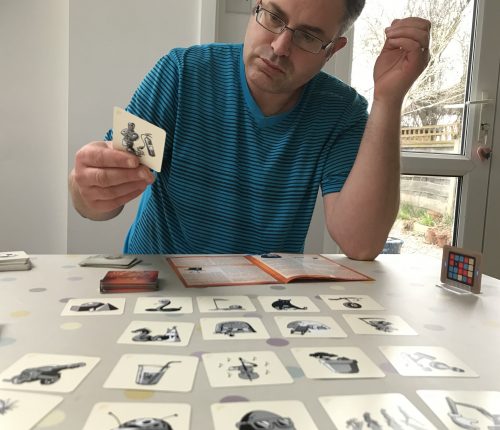 Codenames Pictures is aimed at people aged 10+. I think once you’ve got a small group of players together and everyone has read the rule book several times, then it could be quite fun. But it is quite complicated and the kind of thing you need to absorb yourself in for a few hours. Each game is quite quick really, it should take around 15 minutes per game. But if you’re going to go to the trouble of mastering the rules, then it’s worth playing a few games in one sitting.

I probably sound quite down on Codenames Pictures, but I’m not really. It’s not the kind of game I would normally go for. I like quick to set up games with simple rules. This is fairly quick to set up, but all the rules are a bit much for me.

Would I play Codenames Pictures again? Probably, but only with a group of friends and with a bottle of wine.

We were sent the Codenames Pictures card game for review for the Asmodee UK Blogger Board Game Club. All images and opinions are our own.