If you’ve ever played Monopoly on a regular-ish basis you will probably have your own favourite token. This year the makers of Monopoly are planning a shakeup of the tokens which have served Monopoly players well for generations. In other exciting news, Monopoly are introducing a new set of golden tokens to choose from; so it’s up to you to vote to keep your favourite and to vote for a new piece to join the Monopoly ranks. Stand by for the Monopoly Token Madness vote! 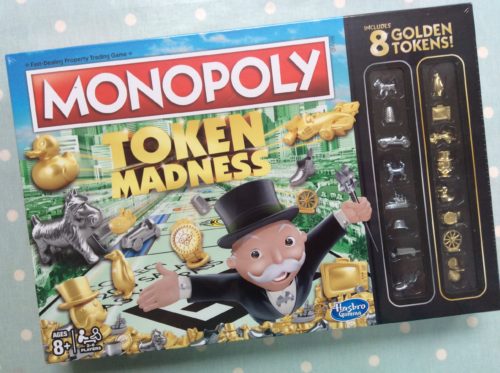 The fate of the eight current Monopoly tokens, including the scottie dog, top hat, racing car, and boot are in the hands of Monopoly fans.  This January, fans worldwide can visit www.VoteMonopoly.com to choose their eight favourite tokens that they’d like to see in the next generation of the Monopoly game. Choose from a list of more than 50 contenders in the Monopoly Token Madness Vote, including the current tokens and brand new pieces such as a penguin, rubber ducky and bunny! 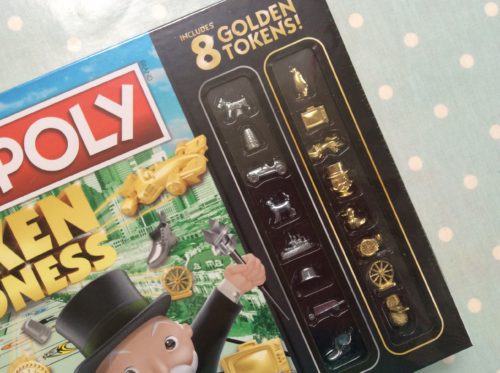 When I was growing up, Sunday afternoons were always filled with board games at my Grandma’s house. Monopoly was always a favourite, the banker always cheated but it could go on for hours, but we loved it. We were all creatures of habit. My Dad had the top hat, my brother the car, my Grandma the scotty dog and I was always the boot. 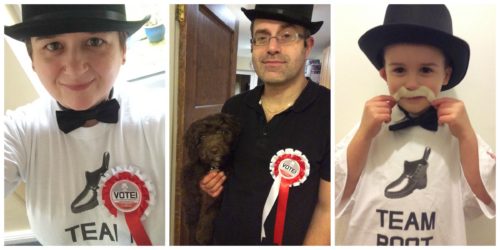 Monopoly is a game which is very close to my heart and one I’ve been looking forward to playing with my son. We did wonder if at the age of 6 he was too young to play, but we were very pleasantly surprised that he embraced the game with gusto and enjoyed building his empire (that’s my boy!). 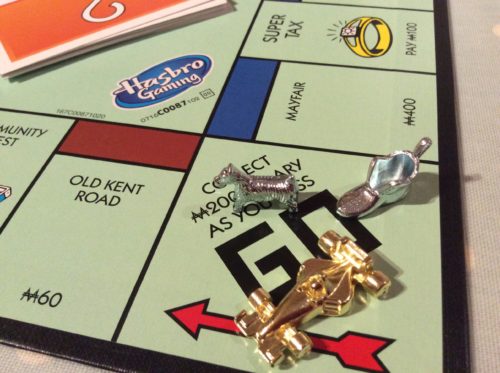 We still have the original Monopoly game which we rescued from my Grandma’s house after she died, but it’s great to have the brand new Monopoly Token Madness Vote edition to play with, especially as it has eight of the golden tokens included – most of which won’t make it into future editions of the game – it could be a real future collectors item!

When it comes to our family, we are still slaves to tradition. I’m still the old boot; hubs went for an upgrade from his standard racing car to the new golden F1 version; and the small boy followed in my Grandma’s footsteps and went for the scotty dog. It made my heart glad.

What’s your favourite Monopoly token, and which one will you vote to save?

Note: We were sent some Monopoly goodies and the Monopoly Token Madness game in return for this blog post. All images and opinions are our own.