Office Jobs: The Career Holy Grail Or A Fast Track To An Early Grave?

When it comes to the world of work, many people assume that office careers are top dogs. Dealing with an office full of colleagues and a pile of paperwork certainly looks more appealing to many than, say, a shop filled with disgruntled customers. The high pay rates and decent benefits packages which often come alongside office jobs also help make these the most desirable entry-level careers. And, this popularity only looks set to increase, with opportunities for office-based remote careers galore always coming to the fore.

Sadly, a look at the facts reveals that, actually, office work might not be the ‘ultimate career goal’ after all. If you’re currently unhappy in an office job or unsure whether to accept one, then, it’s worth thinking about the following reasons why you might want to seek opportunities elsewhere. 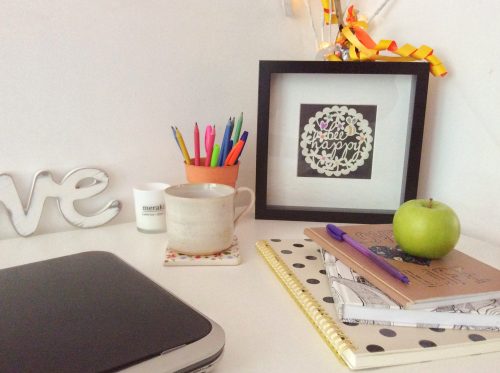 While offices in Japan partake in daily exercises, the same can’t be said here in the UK. An astounding 81% of office workers here spend between four and nine hours a day sitting. According to a study by Fellowes, that means around 64 inactive days a year. In other words, office jobs are truly lacking in physical activity. That’s terrible news from a health angle and is highlighted by the number of office workers who suffer musculoskeletal and even heart problems. It’s also  thought that a sedentary lifestyle can shave years off your life. By comparison, looking into how to become a personal trainer or even how to find fast-paced customer-facing roles could see you living longer. While many office workers do attempt to counter this damage by joining gyms and such, then, it might be worth thinking twice about office work if you want to keep fit for a long time to come.

It’s also worth remembering that office workers can spend hours at a time staring at blue-light based computer screens. Unsurprisingly, this can do real damage for sight, with opticians now seeing something called ‘digital eye strain’ on a fairly regular basis. While the advice is to take a 20-second vision break every twenty minutes, this isn’t always an easy goal when you have deadlines to work towards. By comparison, your eyesight might be much better served by a role which provides various visual stimuli through the day. While few jobs are totally screen-free these days, even something like retail work would allow your eyes a break at least every now and again.

Office work is one of the loneliest career choices

A 2017 survey by the Jo Cox Commission found that an astounding nine million people suffer from loneliness in the UK. And, this is made worse by something known as ‘workplace loneliness’. A largely office-based phenomenon, this makes literal the phrase ‘all alone in a crowded room.’. The fact is that office workers are becoming increasingly isolated from co-workers as digital communications take over. It’s now not unusual for office careers to involve little to no actual socialization from one week to the next. This is something which would be impossible in near enough any career choice which wasn’t computer-based. And, it’s something to think about before you rush into that office job you’ve been eyeing.

Boredom could soon kick in

The idea of having your own cubicle and computer may be exciting to start with, but it’s also worth noting that office work can often be downright dull. For the most part, careers like these offer very little variety. As such, a few months on the job could see you running on autopilot. According to Toronto-based psychologist John Eastwood, this level of boredom at work has been associated with everything from drug addiction to depression, and even an increased risk of making mistakes. Not to mention that it’ll be challenging to keep your passion alive for a job which sees you switching off all the time. Over time, this could lead to dissatisfaction, which is less likely when you enter a more varied career.

If you still can’t let go of the idea in a career in office work, it’s possible that you can live a healthy and happy life by simply taking note of these points and working to counter them. But, if the above has put you off the idea of working in an office, seek careers which better suit your needs. From personal training to teaching; you may well find that there’s something much better waiting out there for you.