This term my son will be learning about the Vikings at school. Always keen to do a little extra reading and learning at home, this week we’ve been reading The World of Vikings by Robert Macleod.

For the last few years I’ve been completely obsessed with the Viking drama, The Last Kingdom. Although it’s not a documentary, I’ve picked up a few Viking facts over the last three series and my son (who hasn’t watched it, he’s far too young) is also a Viking fanatic. The World of Vikings covers all the bases when it comes to Vikings and is ideal for children aged 8+ with an interest in Viking history. 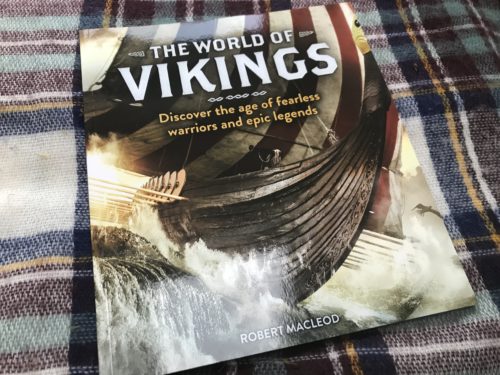 The World of Vikings by Robert Macleod is divided into chapters and covers the following topic areas;

This 80 page, colourfully illustrated history book is full of facts about the Viking age. Each page is lush with illustrations and images, which really bring the facts to life. With maps, timelines, photographs of relics and illustrations about what life was like for Vikings, it’s filled with detail which will really capture the imagination of readers.

It’s a great book and very well worth having on your book shelf to dip in and out of when you need to know some Viking facts. I really enjoy learning about Viking life, but the legends are always very interesting and my son loves to read about Thor’s hammer and the sagas.

Author, Robert Macleod lives on the remote Scottish coastline and has a passionate interest in the Viking age. The chapters begin with a paragraph or two from the diary of Tom Macleod, Robert’s grandfather who had discovered Viking relics in Scotland. 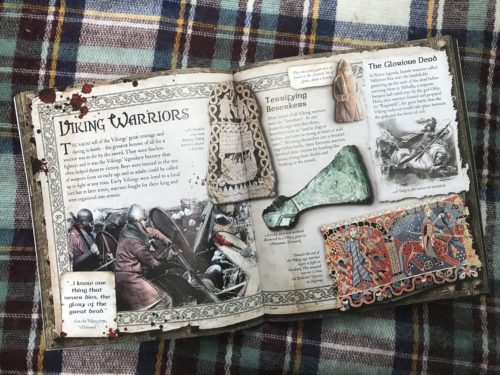 The World of Vikings is a genuinely interesting book. Whether you’re learning about Viking life in year 3, or you’re an adult wanting to learn more about it for a TV series you’re a bit obsessed with, The World of Vikings is an excellent starting point. Rich in detail, lots of great images and all of it pulled together by the discoveries of the author’s grandfather.

The World of Vikings by Robert Macleod is published by Carlton Books and costs £9.99. It is available online and from good bookshops.

Disclosure: We were sent a copy of  The World of Vikings for review purposes. All images and opinions are our own.