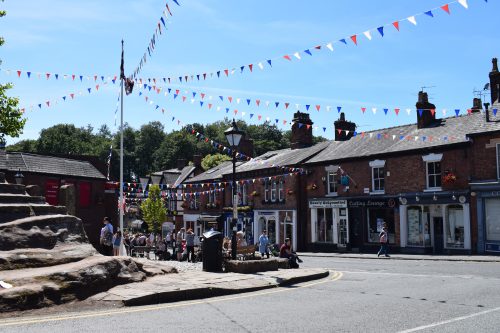 We arrived in Lymm just before noon, we had missed the drive-in parade of vehicles, which was a shame. We parked in one of the park and ride fields and a vintage bus picked us up and dropped us off near the main event field. As we walked up the lane to the field we were tempted into the LEGO Expo in Scout HQ. It was a large room full of wonderful LEGO creations which had taken months to build. The boy was in his element, it was excellent.

Weighed down with several bags of LEGO, we headed to the Lymm Historic Transport Day main event field. There was so much to see and do, you could happily have spent the day exploring everything there was to offer. Row upon row of classic vehicles of all kinds; cockpits, cars from movies (Ghostbusters, Jurassic World, Lightening McQueen from Cars and the Batmobile were all there). There was a vintage ambulance and fire engine, modern-day fire bikes and all kinds of bicycles and mopeds. 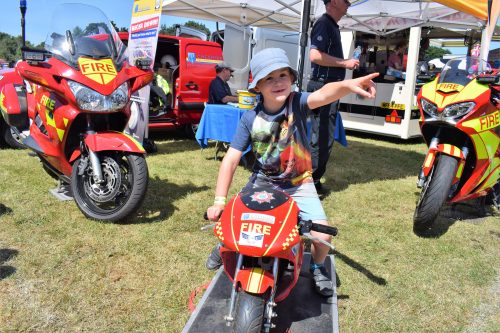 There was live entertainment in the form of 40s and 50s music; plus an Extreme Mountain Bike Show, the Return of the Lymm Dinosaur, model car racing and the chance to explore all of those classic cars and other vehicles.

Once we’d done a tour of all the vehicles, we grabbed a bite to eat from one of the food stalls and sat in the shade for a while. The Lymm Historic Transport Day had organised a Spitfire fly-past, so it was eyes to the sky waiting for this iconic plane to fly over. We were not disappointed, it flew over twice and we were all in complete awe. 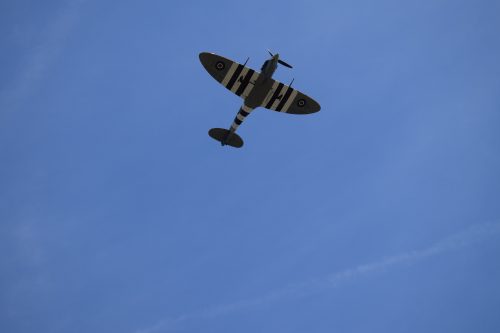 It was a gloriously sunny day, so we put on more sun-cream and headed off to have a go on the little narrow gauge steam railway. We do love steam trains, so this was well worth queuing up for.

The boys then joined the queue to have a go at driving a digger whilst I had a look around some of the stalls. I got back to the boys just in time to watch the small boy take his turn at driving the digger and trying to find the rubber duck. He did really well and this was probably the highlight of his day. 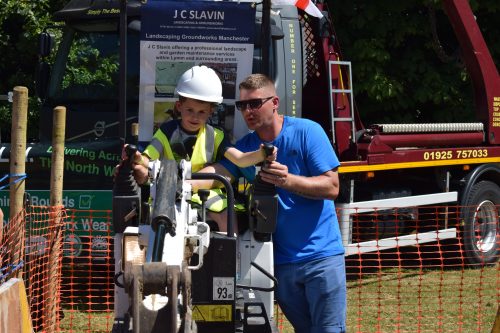 We celebrated his digger driving success by having some ice cream in the shade (it was a very sunny day). I wanted to go and see the canal boats and some of the other vehicles scattered about the village, so we left the main event field to explore Lymm. We were glad we did, it’s such a pretty village and we found a yard of full of large steam-powered traction engines which were very interesting.

The small boy loved the canal boats and declared that he wanted to go on a canal boat trip, so I’d better add that to our list of things to do. There was the Historic Sail Past at 4.30pm; a flotilla of canal boats and barges bringing the Lymm Historic Transport Day to a close.

We were starting to flag; the sunshine was getting the better of us, so we bought a bag of chips from the chip shop in Lymm village, sat on a shady bench and watched the world go by for a few minutes before catching the Park and Ride bus back to our car. 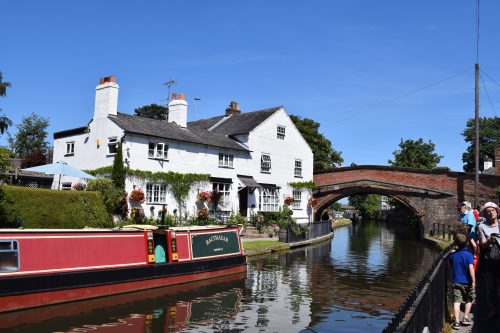 The Lymm Historic Transport Day was a brilliant day out. Tickets Are £5 per adult, £3 per child or £12 for a family of four. It was terrific value, there was definitely a full days worth of things to see and do. It’s so well organised, I couldn’t fault a single thing about the day. Lots to see and do for all of the family, we will definitely be back next year!

Lymm Historic Transport Day is separate to, but happens at the same time as the Lymm Festival. This year, highlights of the Lymm Festival include Tim Brooke-Taylor, John Suchet, the Family Garden Party, Open Gardens event, Martin Edwards (crime writer) and much more. You can find more details on the Lymm Festival website.