Today we went along to the Woolsery Agricultural Show in North Devon. Despite a drizzly start to the day, the sun shone for the most part. We saw the show advertised and on a whim we decided to go along and enter our nine month old pup in the dog show. It was not purely for pedigree pups, but scruffs, crosses and mongrels were welcome to enter too. We entered with no real expectation of success. Penny is a lively pup with fairly uncertain parentage, so we didn’t rate her chances against seasoned, well-groomed pups whose owners knew what they were doing. 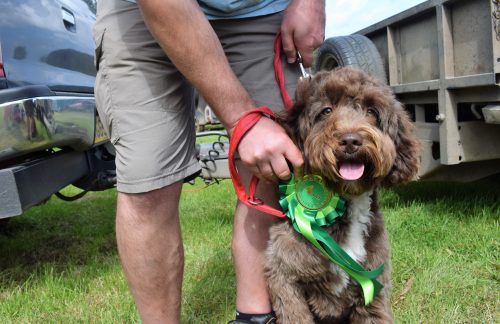 There were 15 classes to enter and rosettes would be awarded to the first six placing dogs in each category, with the first place dog from each being put forward to Best in Show. 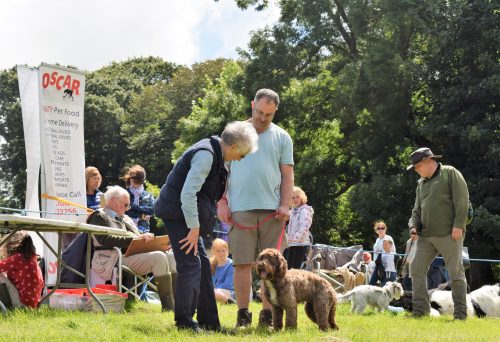 We entered a few categories, we faced disappointment in Best Puppy. Penny was very nervous as it was her first time in the show ring and showed herself up by hiding from the judge. Undeterred we entered her for the Best Cross-Breed and we were delighted when she came 4th.

We had some time before her next category – Best Scruff came up, so we stretched our legs, explored the Woolsery Agricultural Show, found some lunch and gave Penny a nice cool bowl of water. We were sure she would do well in Best Scruff since she is a big gangly scruffy thing, but we were wrong. She failed to place at all in Best Scruff. Maybe she’s too pretty to be scruffy? A change of plan was required, if she’s too pretty to be scruffy, should we enter her in the Prettiest Bitch category?

Reader, we did just that. After some deliberation, we were astonished when the judge handed us the 1st rosette. Penny is the prettiest bitch in Devon (or at least the prettiest bitch entered in that category at the Woolsery Agricultural Show). We were absolutely delighted! 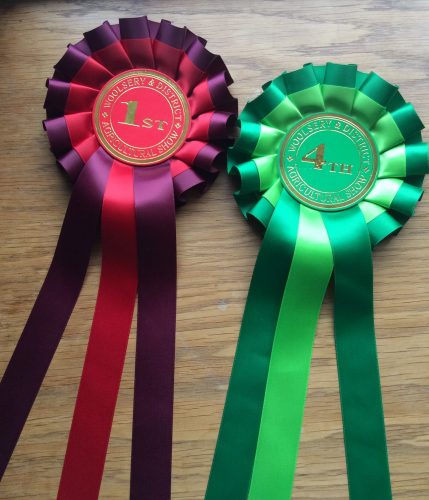 Because we’d come first in Prettiest Bitch, we were put forward for Best in Show. We were certain she wouldn’t win that one and we were right. There was stiff competition, with some dogs there being proper pedigree show dogs, as well as a small collection of scruffs and mutts. We were happy just to be there.

We were thrilled, we hadn’t expected to come away with any rosettes, but to come home with a 1st and a 4th was amazing. We’d only gone because we thought it would be a fun thing to do and it really was. Have we got the dog show bug? Probably, but we have got some work to do before next year!