This month EasiYo are launching their newly designed yoghurt maker. It’s a stylish update on the original EasiYo yoghurt maker, a fashionable red pod which makes 1kg of yoghurt each time. I was sent one of the newly launched EasiYo yoghurt makers to try out. But what did my yoghurt loving boys think and just how easy is it to use? 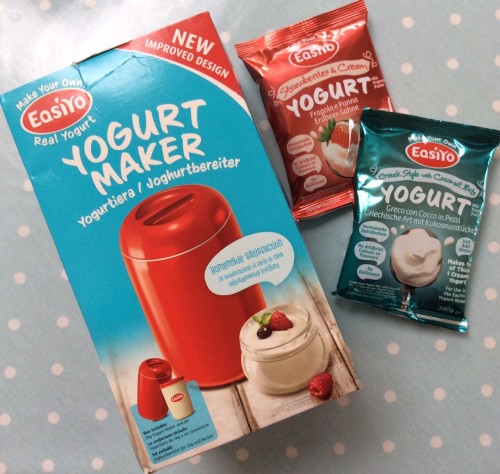 The new design is quite lovely to look at, it’s all sleek and shiny and doesn’t look out of place in a modern kitchen. I unpacked it and my box contained the red pod, the 1kg yoghurt jar and some instructions. I was given the Strawberries and Cream and the Greek yoghurt with coconut flavours to try.

I thought I’d try the boys with the strawberries and cream yoghurt, this is the flavour we buy from the supermarket the most, so I thought it’s make for a useful taste test. 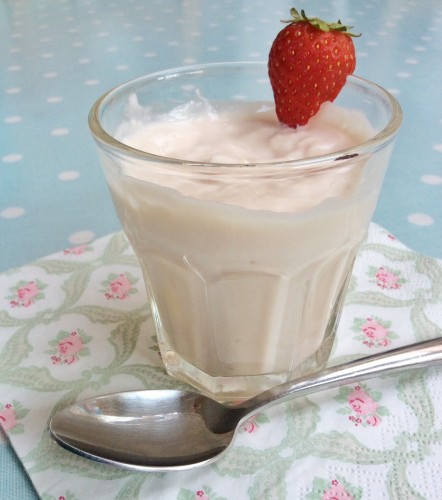 Making EasiYo yoghurt is incredibly easy and much quicker than I thought it would be. The instructions are on the back of each packet anyway, but you simply mix the sachet with water, give it a good shake and then put it in the pod which is half filled with boiling water. Leave it overnight and you’ve got 1kg of yoghurt to enjoy!

In the morning I had a quick look at it, put the yoghurt jar in the fridge and left it until teatime. So what did the boys think? Well… they loved it! The small boy, originally sceptical that it didn’t come in a pot has been demanding seconds and even thirds of it. It’s thick, creamy and delicious and contains no artificial ingredients, is gluten-free, vegetarian and full of nutrients. I’m sold on EasiYo, and I think he is too! 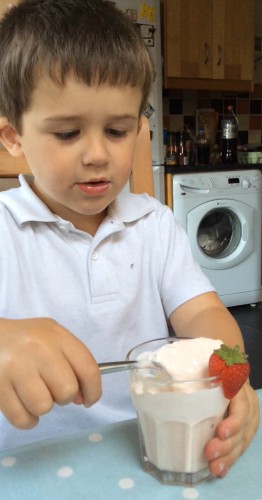 It’s incredibly easy to make, and it makes 1kg of yoghurt at a time, which makes it really economical. Plus it’s pretty fun to make with the kids, especially ones who like mixing things up in the kitchen. There are a huge range of flavours and styles of yoghurt to choose from, from very low fat yoghurt to indulgent creamy yoghurt. We’re looking forward to trying them all out!