Last weekend the boys went off to their first football match together. They were off to watch Manchester United play Bournmouth at Old Trafford. They hopped on the tram full of excitement and I went home and pottered about in the kitchen, listening to the build up to the match on the radio.

Unfortunately their afternoon didn’t go to plan and the stadium had to be evacuated.

I listened to the updates on the evacuation and sent a text to my husband which he didn’t answer for an age. I was worried sick, but thankfully the evacuation was handled incredibly well and everyone was safe. They came home on the tram and we made the best of the afternoon. 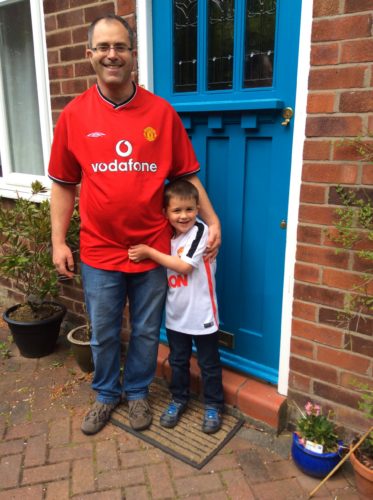 This is the pair of them just as they were leaving for the match. They’ll try again next season. Fingers crossed. We’re all just glad the evacuation was handled so well, no one was hurt and that thankfully no one was really in any danger after all.