When raw sewage lifted a manhole cover in my Dad’s garden and human waste bubbled out and ran down his path, he guessed there was a major blockage somewhere. He got on the phone to United Utilities and they sent a team down to deal with it.

After some serious and rather disgusting delving, they discovered that one of the pipes was blocked with a nappy on of his neighbours flushed down the toilet (how this is possible I do not know). They also found about six months worth of baby wipes another neighbour had used each night to take her make up off, which she then flushed away.

I’ve always been careful about what we flush down the loo. The usual stuff is ok, but anything like nappies, wipes and sanitary products are always wrapped up and binned – the lesser of two environmental evils. If my home was a hospital those kinds of things would be labelled “biohazard” and sent for incineration, but these days my local council favours landfill.

United Utilities have recently launched a campaign to think before you flush. It’s a campaign I fully support, having surveyed the aftermath of the “poopocalypse” in my Dad’s garden I am keen to do everything I can to stop that happening here. I’ve also walked on far too many beaches which have been strewn with things people have just flushed and forgotten, and no one wants to take a child to a beach covered in used condoms and tampons. 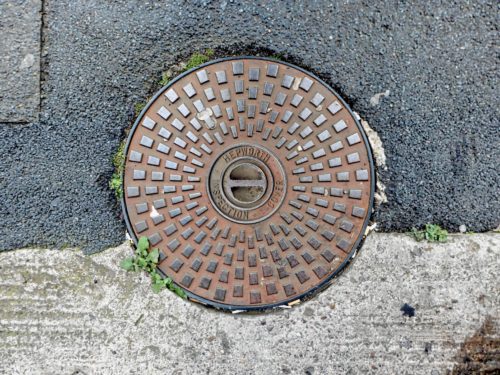 In the UK we spend over £500 million per year on wipes for all sorts of purposes, from cleaning our sinks to caring for children. Wipes are so handy around the home, I think I’ve got at least 5 different kinds of wipes in my house for all different purposes. The problem is they don’t biodegrade and break down like toilet paper would, even if they say they’re biodegradable on the packet they can still clog up the sewers around your home for months or even years whilst they rot down.

Each year United Utilities deals with around 25,000 blockages, a significant number of which are caused by unflushables being flushed! If you take a moment to wrap any unmentionables (I use cheap nappy bags at about 20p for 250) and bin them you can do your bit to help prevent blockages not just on your property, but down your street and beyond. It also means the next time you go for a walk on the beach you might not be reunited with something you flushed and forgot.

The only thing you should flush down your toilet are the three Ps – pee, poo and toilet paper! Think before you flush!

For a whole heap of useful resources including videos, pictures and reports as well as a family friendly downloadable information pack created especially for parents which includes fun activities and posters, visit the United Utilities Website. 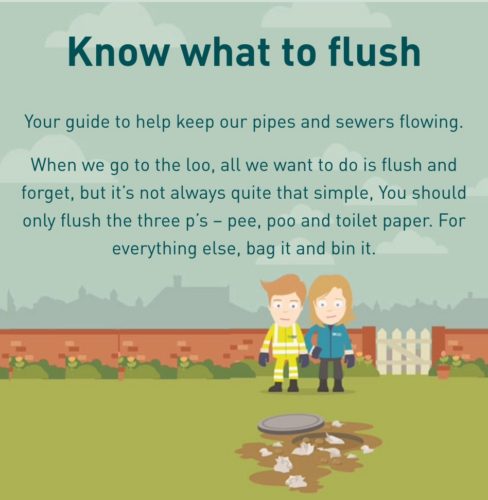 = In collaboration with United Utilities =

One thought on “Think before you flush – Make the #3PPromise”