Having lived all my life a few miles from Stockport town centre, I’m slightly ashamed that it’s taken me this long to visit the Stockport Air Raid Shelters. They’re a fascinating place to visit; so taking advantage of an INSET day off school, we headed down for a look around this unique museum. 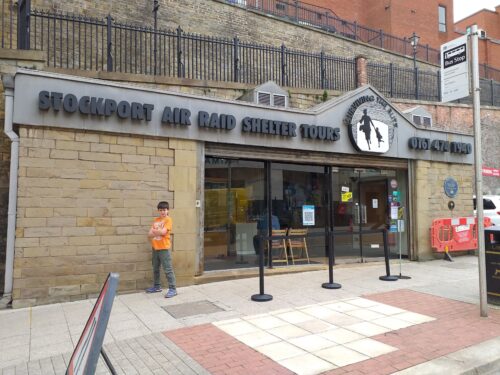 From September 1938, four sets of underground air raid shelter tunnels for civilian use were dug into the red sandstone rock below the town centre. The first set of shelters was opened on 28 October 1939; although thankfully Stockport was not bombed until 11 October 1940. The smallest of the tunnel shelters could accommodate 2,000 people and the largest 3,850. Over time, the tunnel system was expanded to take up to 6,500 people.

Despite it being an underground system, it is largely accessible; though there are a few steps down at the start, and again steps up at the end. The tunnels are fairly smooth, though dark in places and it’s certainly a little eerie. 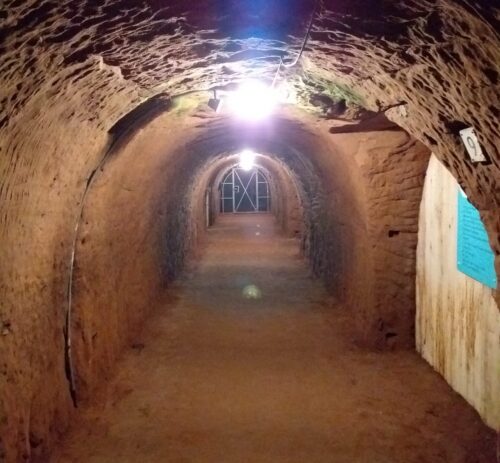 I took the boy for a walk around, formal tours are available too; but we were issued with a comprehensive leaflet and sent off to explore by ourselves. Along the tunnels there are various information boards where you can read about how the tunnels were built and the conditions down there. It’s not hard to imagine the narrow tunnels, lined with benches; heaving with people sheltering from the worst the Luftwaffe had to offer.

The air raid shelter was known for its ‘luxurious’ amenities such as 16 seater chemical toilets, electric lighting and a canteen. The shelter was known locally as the ‘Chestergate Hotel’. Although I’m not sure how luxurious 16 toilets shared between 6000 people would be. 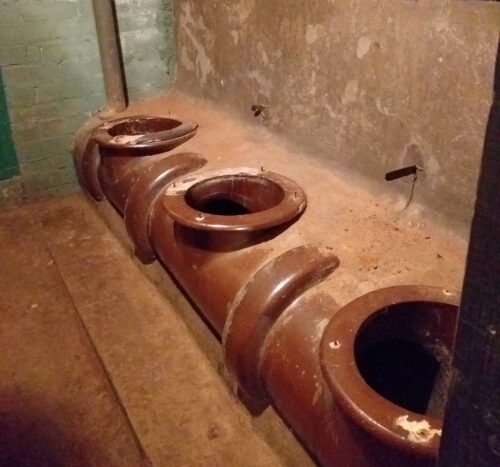 The Stockport air raid shelter has several areas which are set up pretty much as they would have been back then. With a first aid station, a kitchen area and several smaller tunnels with bunk beds lined up. You had to take your own bedding; but being able to lie down and stretch out if you’re spending 12 hours or so sheltering there must have been a luxury.

The boy was especially horrified by the toilet situation. The nicest and most normal looking toilets were reserved for the nursing staff; but everyone else had to jostle for one of the connected chemical toilets. I can only imagine the smell after a busy night in the shelter!

Perhaps my favourite part was the mocked up home air raid shelter, the kind of corrugated iron structure you’d have in your garden. We are able to sit inside it and even with just the two of us it felt cramped. I really hope our visit made my boy think about how life was back then and how much everyday people had to give up or go without for the war effort. 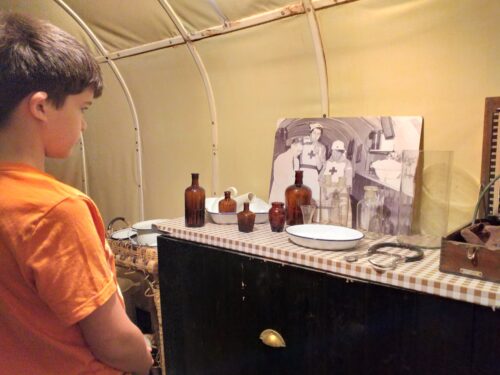 My ticket was just £5 and his was free, him being under 16. It’s so fascinating down there; and if you’ve an interest in history or the home front, then it’s well worth a visit. I know I’ll go back again and take a bit more time to look around. 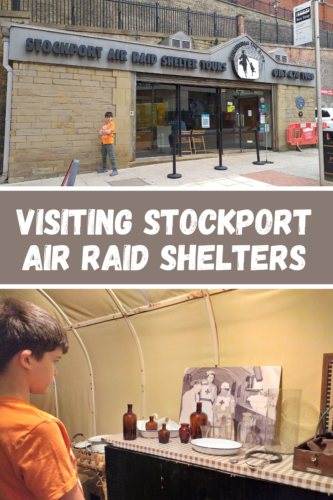