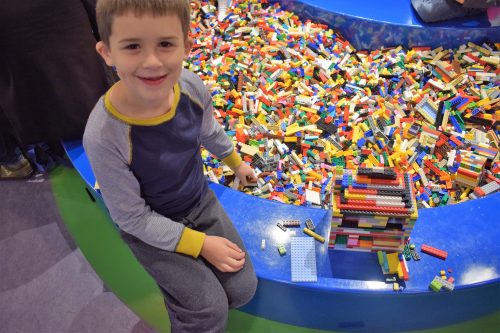 LEGOLAND Discovery Centre Birmingham is quite similar to the one in Manchester. We visit the Manchester centre quite often, so it all felt quite similar there. We loved the Birmingham Miniland – which includes models of some of the more iconic buildings and places to visit in and around Birmingham. We’d been to Warwick Castle the previous day, so their model of the castle was an absolute treat! 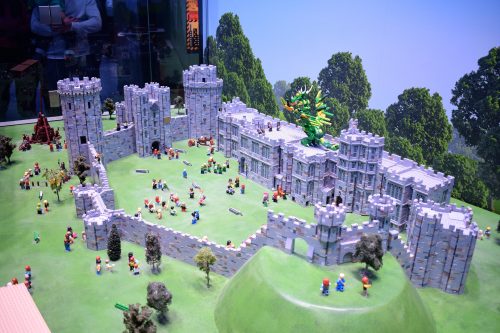 The new LEGOLAND Discovery Centre Birmingham has all of the things we’ve come to expect from a Discovery Centre. The Kingdom Quest ride is something we enjoy doing; but there’s often a queue and if you just want to get straight into the LEGO action it’s easy to skip.

The 4D Cinema (which we didn’t go in, because the boy just wanted to play with the LEGO) looked good. The queues were pretty minimal for that and I always think it’s a good excuse to sit down for 15 minutes and enjoy a mini-LEGO movie. 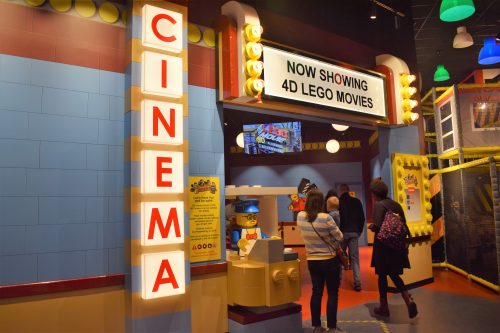 Also at LEGOLAND Discovery Centre Birmingham there’s the Duplo Farm, LEGO City Builder and LEGO Racers Build and Test. These are all areas where you can just dive in and build whatever you want with the millions of bricks which are there. These are obviously very popular and my son loves (really loves) the chance to sit and build with unlimited bricks for as long as he wants. It is a LEGO fans dream really.

If you’re looking for a more formal building experience, the Creative Workshop was brilliant. They run regular sessions throughout the day. Everyone is given a kit and instructions to build something (on the day we visited it was a LEGO BBQ). It’s well worth setting aside a bit of time to do one of the workshops, for me the workshop was probably my highlight. 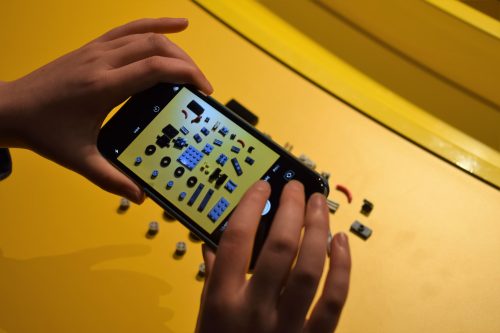 My son is not a fan of rides; so we gave the Merlin’s Apprentice Ride a miss in favour of half an hour of LEGO City Soft Play. The soft play is always popular. It’s well thought out, with lots of fun LEGO details and it’s soft play; so all kids like it and ultimately refuse to leave until you promise to buy them a biscuit/LEGO from the shop/a puppy.

LEGOLAND Discovery Centre Birmingham is well worth visiting if you’re in the area. It’s not massive, but there’s enough to entertain you for a few hours. We loved Miniland, the Creative Workshop, all the LEGO building areas and the soft play.

Tickets are from £15 per person, but deals and discounts are available online. For more information about Legoland Discovery Centre Birmingham and Merlin Annual Passes, visit their website. Our Merlin Annual Pass gives us entry to all Merlin Attractions and it worth getting if you’re a regular visitor.