I have a son, he was planned. He is an only child, that bit wasn’t planned.

I’d always thought I didn’t want children, I think I thought that because I’d always felt that I probably wouldn’t be able to get pregnant and if by some miracle I did, I’d probably be a rubbish parent anyway, that it wasn’t worth considering. I was wrong on both counts.

I got pregnant quite quickly; I was 34 when I had my baby and the pregnancy was the polar opposite of plain sailing. Despite the fairly terrible time I’d had, I knew as soon as I held him in my arms that I wanted more babies.

Life doesn’t give you do-overs, but looking back, I should have started trying for another baby as soon as I was physically ready, maybe a year after he was born. I waited, I regret waiting, and now I always will.

Fate intervened and put me flat on my back for the best part of a year. I couldn’t look after myself let alone my child. Two back surgeries, enough codeine to sink a battleship and a slow slide into depression scuppered pretty much everything in my life. I had to give up my job and change the way I lived almost entirely.

I look back at my old career and at times I do feel a tiny twinge of regret at its loss. In many ways I’m much happier now doing what I do. The thing I regret most is not being able to have any more babies.

My ovaries are screaming at me all the time. My body wants to be pregnant as much, if not more than my brain does. The getting pregnant bit probably wouldn’t be too much of a problem, it’s the being pregnant, the birth bit and then the looking after the baby bit afterwards. I’m 39 and some mornings I need help getting dressed.

My son is an only child, my accident has robbed him of a fully functioning mother and the chance of having siblings. I feel incredibly guilty about that and I worry that he’s lonely at home without someone more of his own age to play with.

So many of my friends are pregnant or they have new babies and I am delighted for them. I think most of them are sensitive enough to know that I’m struggling with this a little bit, and they’re kind enough to let me have extra cuddles with their little ones.

It’s a strange feeling knowing that everything that you need to get pregnant is fully functioning and raring to go, but that the rest of the body around that it is broken and incapable. I try really hard not to let my physicality get me down, but this, this is the one thing that bothers me the most, and the only thing I ever cry tears of self pity about.

I want a baby so much, I’d love to have that lovely round belly again, feeling little kicks inside me and sharing the excitement of the growing baby with my son. It’s a feeling I know I’ll never experience again and I could kick myself for leaving it so long to start a family. But what’s done is done. I’m just grateful that I got it right first time and made (to my mind anyway) the most beautiful boy in the world. 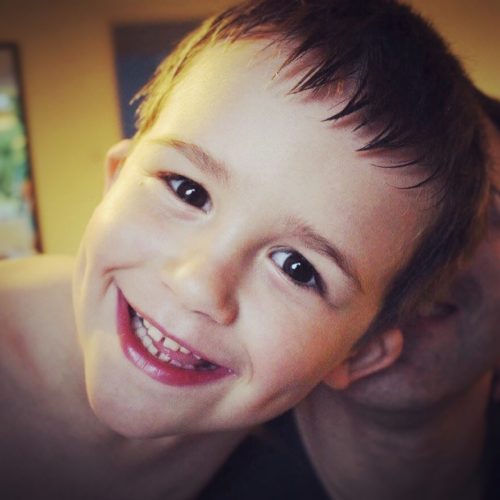