I live in Didsbury and this quiet suburb in South Manchester has hit the news in the last 24 hours due to flooding. I’ve lived here all of my life and although the river does flood occasionally (more so in recent years), we have excellent flood defences. Despite living a 5 minute walk from the River Mersey for most of my life; I’ve always felt pretty safe from the floods.

I grew up in East Didsbury, which is a pretty low lying area. The road I grew up on was evacuated last night. I do remember as a child that the flood waters did once reach the end of the road closest to the river, but it never quite made it to our front door. Nevertheless, this memory of the flood has stayed with me. I don’t remember the river flooding much, the fields at Parrs Wood seemed to cope with the overflow then. 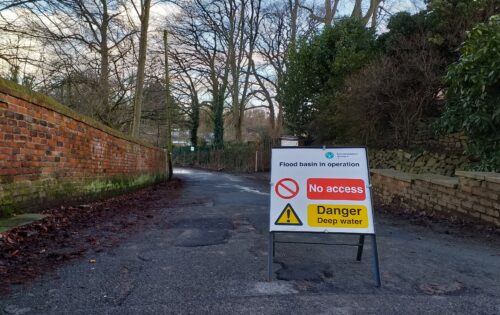 For the last few days I’ve listened to the rain pour down. I’ve anxiously watched the river levels rise and last night the fire brigade knocked on our door and advised us to evacuate. Never in recorded memory has the River Mersey run as high as it did in the early hours of this morning. Never in recorded memory has the road I now live on flooded, so I knew things were bad.

I spent the early hours preparing to leave with my family and moving any precious or useful things upstairs. We packed up photos of my son; home-schooling things; medication and warm coats and boots in case we needed to get out. We packed overnight bags if we needed them too. I hoped we wouldn’t. 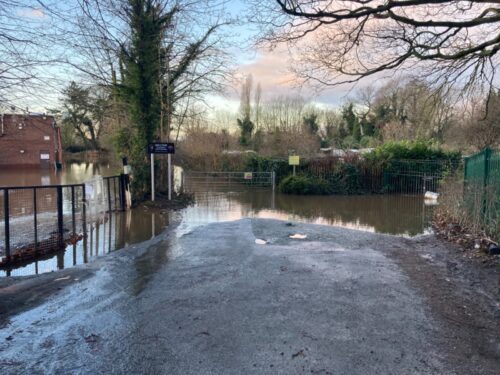 At some point in the night, the relentless rain turned to snow. Thick fat snowflakes came down hard and fast and lay on the cars and the road like a luxurious carpet. I turned the light off, turned over in bed and watched my son sleep when I could not.

Outside was busy with emergency vehicles. Every so often I’d look out of the window and see the lights from the nearby primary school shining on the flood water on the field. I’d check Twitter and Facebook for news; check my phone to see if anyone I knew was evacuating and needed somewhere to stay. It was the strangest, most surreal night. 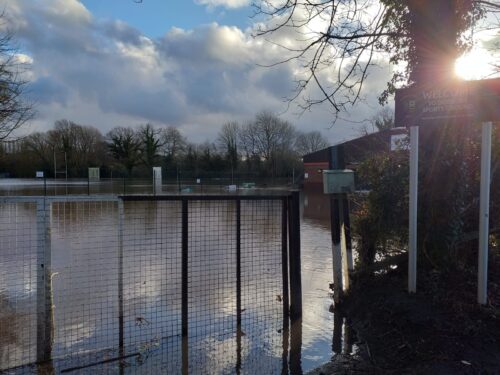 Morning came and brought better news. Hundreds of people had been evacuated overnight, but I think everyone was safe from the flooding. The floods had crept a little closer to my house, but the water had receded and continues to do so, inch by inch, hour by hour.

The River Mersey had come within 2cm of breaching its banks, which would have been a disaster. The flood defences had worked and although the surrounding fields and flood plains will need a considerable amount of clean up over the next few weeks; Didsbury was safe from the worst of it all for now. 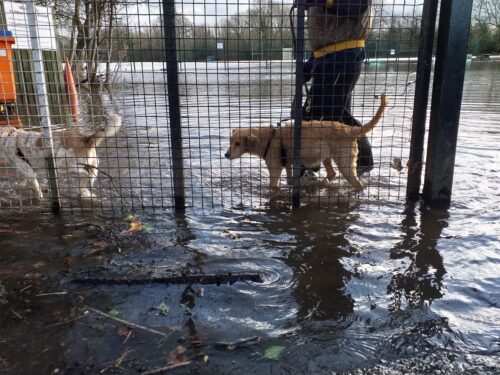 Huge thanks to the Environment Agency, and the emergency services for keeping us all safe. It has been the strangest 24 hours.

If you are worried about flooding in your area, this government website gives up to date warnings and advice.