AD/Gifted. If you’ve got kids, you can’t fail to have heard about the release of the latest film from Nickelodeon Movies – Wonder Park. Released in the UK on 8th April, Wonder Park has been THE movie to see over Easter. Following the success of the film, the Wonder Park Toy Collection has been launched and today we take a look at some of the toys in the range.

Wonder Park is the story of a magnificent amusement park run by animals where the imagination of a wildly creative girl named June comes alive. In the Wonder Park Toy Collection there are a number of toys available to suit a range of budgets. 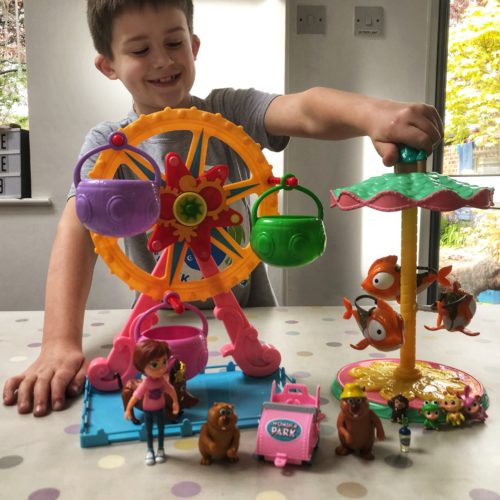 At the top of the range is the Wonder Park Ferris Wheel Playset. This costs £19.99 from John Lewis and is suitable for ages 3+. You can light up the Ferris Wheel at a push of a button and spin it to take the Greta and Wonder Chimp figures which are included on a wonderful ride. The set includes one Ferris Wheel, one exclusive Greta, and one exclusive Wonder Chimp. It’s solidly built and a toy which would not be easily broken. The ferris wheel is easy to put together and the flashing lights are really lovely. It’s not a noisy toy and I appreciate that. 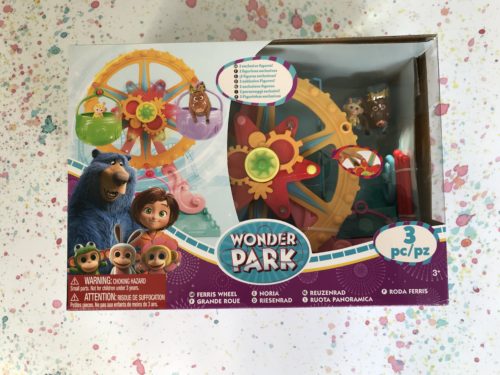 Next up we have the Wonder Park Flying Fish Ferris Wheel Playset; which is £14.99 from John Lewis and suitable for ages 3+. The Flying Fish Carousel is a ride straight from the movie that turns and includes 3 detachable flying fish, an exclusive June figure and her Peanut doll. The set includes some instructions for putting it together, which are easy to follow. The flying fish just slot into the ferris wheel which just clips together. It’s a pretty little toy and one you can have lots of fun with.

At the more pocket money priced end of the range; the Wonder Park Gus and Cooper Figure Set comes with snack accessories, including a big box of popcorn and a drink, so you can have even more Wonder Park fun. Use your imagination and think of sweet scenes, or recreate your favourite moments from the film. The set costs £7 and is suitable for ages 3+. 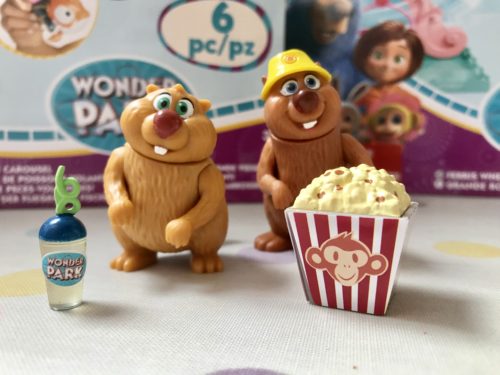 The last set we played with was the Wonder Chimp Surprise 3 pack. The pack includes a bright Wonder Park vehicle which you can roll around; plus three Wonder Chimps to fit inside it. One of your new Wonder Chimp figures is a mystery – you won’t know who you have until you pop open the packaging. There are 30 different Wonder Chimps to collect in Series 1. This pack costs £5 and is suitable for ages 3+. 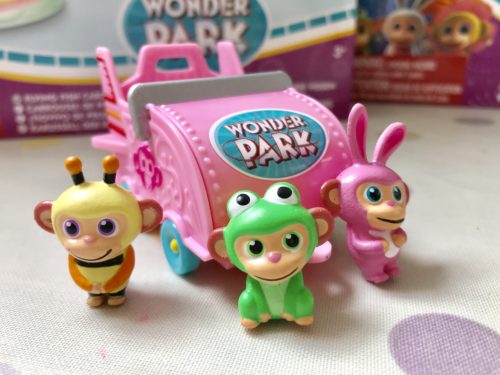 If your little ones are fans of the film, the Wonder Park Toy Collection is affordable and interesting; with collectibles too. Recreating all the fun of the film is easy with these versatile toys.

The Wonder Park Toy Collection by Funrise Toys also features some cuddly toys, you can see the full range of toys from the movie on the John Lewis website.

Disclosure: I was sent these toys for review purposes. All images and opinions are our own.