Since it opened in 1984, the JORVIK Viking Centre in York has been a popular place to visit to learn about Viking life. I remember going there on a school trip a few years after it opened. I was really taken with the recreation of a Viking settlement, complete with sounds and smells!

Over half term I took the boy for the day. We were visiting York for the JORVIK Viking Festival and we figured the JORVIK Viking Centre would be a good place to start. We arrived bright and early, which was just as well as on busy days the queue to get in can snake around the square. 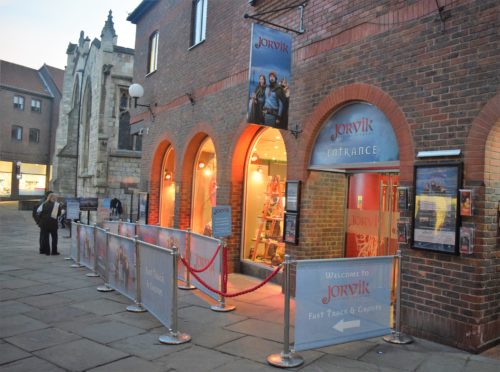 When you enter, beyond the ticket office you walk down a flight of stairs (a lift is available) and enter a large room with a glass floor. Underneath the glass floor you can see the remains of the archaeological dig which the site it built upon. Around the walls there are information panels telling the story of the JORVIK Centre and some pieces which they uncovered during the dig.

A guide dressed in Viking clothes welcomed us and talked us through what we were standing on and what you can see through the glass. He also told us about the 2015 flood which filled the centre with water and closed it for almost two years. The JORVIK Viking Centre reopened in 2017. The closure meant that they could refresh and update the centre; so it’s almost how I remembered it, but more modern and a bit better.

After you’ve explored the room with the glass floor, you join a short queue for the Time Warp. This is probably one of the most famous things about JORVIK. You climb into a car and it takes you back to 975 AD to a Viking settlement. There’s commentary to listen to and it takes you through all the sights, sounds and smells of Viking life. There are mannequins which I’m told are now modeled on the faces of actual Vikings; which makes things feel even more authentic. 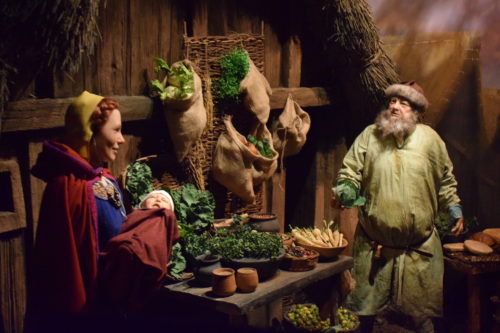 All life is there in the Time Warp, from women cooking and shopping, and children playing; to butchers and fishermen at work. It really brings the living conditions to life and was a real talking point for my son. The old Time Warp which I remember really stayed with me, and this is no different. It’s a really accessible way of teaching Viking history.

From the Time Warp you move to the artifacts room which has over 800 finds from the site; with interactive displays and the chance to learn about life in the 10th century.  There are several Viking guides to greet you and talk to you about life as a Viking. When you enter the room you’re met by displays of two excavated skeletons, the information about them is incredible. There’s even a piece of fossilised poo on display, gross things always excite the children and this was no different.

There’s an interactive screen where you can learn about Viking musical instruments and listen to them being played. You can also watch Viking money being minted; try on a helmet and find out more about Viking combs; (apparently the Vikings were a tidy bunch, bathing weekly and keeping their hair and beards neat and tidy). There are lots of artifacts to look at, it’s fascinating and I would have liked to have really taken my time to look around it. 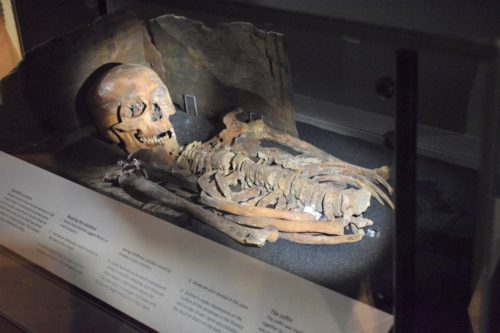 Beyond the artifact room is the gift shop, which is excellent. If you manage to leave without buying a Viking shield for an 8 year old, you’re a stronger person than me.

The JORVIK Viking Centre is an excellent way to bring history to life for children. It’s really well done and I’m pleased that it has been brought up to date following the flood. The 12 minute long Time Warp is the real attraction here. It’s the kind of thing I’d like to do twice, just to see the things I missed the first time. I know that visiting the JORVIK Viking Centre will really help my 8 year old’s understanding of the period, and that’s never a bad thing.

For more information about JORVIK Viking Centre in York, visit their website. 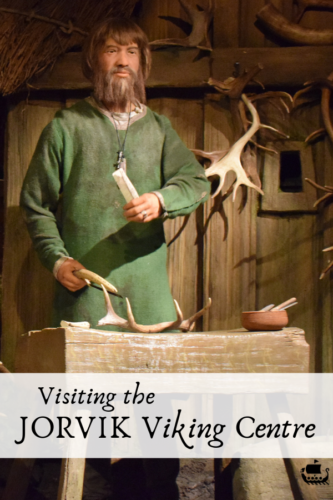 You may also be interested in visiting Barley Hall. Medieval House in York, you can read our review here.