A couple of weeks ago we went to York for the day to have a look at the Viking Festival and we really packed a lot of history into our time there. As well as visiting the JORVIK Viking Centre, one of the things we did was visit Barley Hall; a medieval townhouse tucked away in the back streets of York.

Barley Hall is a reconstructed medieval townhouse which was originally built around 1360 by the monks of Nostell Priory near Wakefield. Later it became a high status residence in York. 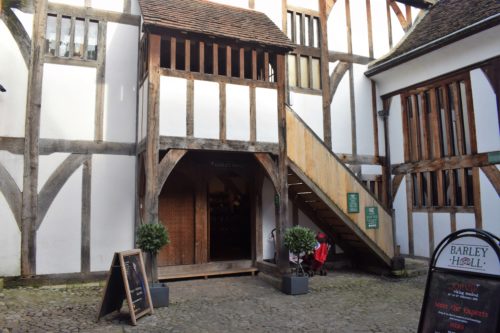 The first record of the Snawsell family living in Barley Hall in 1466. The Hall was the residence of someone of a very high status, and William Snawsell was a goldsmith and coiner, and later the Lord Mayor. In his household lived his wife and three children, who were attended to by around 12 servants. Barley Hall was later split into separate dwellings in the 16th or 17th century. Eventually it was bought by York Archaeological Trust in 1987 and restoration work began.

When Barley Hall was restored in 1987, York Archaeological Trust modeled the Hall on the household of the Snawsell family during the reign of Richard III. The Hall has high ceilings, exposed beams and replica furnishings throughout. 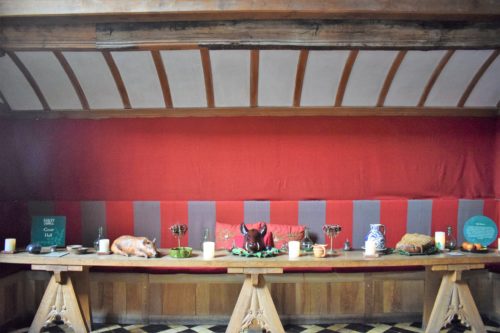 Today it is a popular museum for visitors and school children to learn more about domestic life in the medieval period. I really enjoy learning about domestic history, about how people lived and what they ate; so a visit to Barley Hall was right up my street.

The Great Hall is the biggest and most splendid room at Barley Hall. The family would sit at the raised table at the front of the Hall; with lower status people taking their place on the side tables. 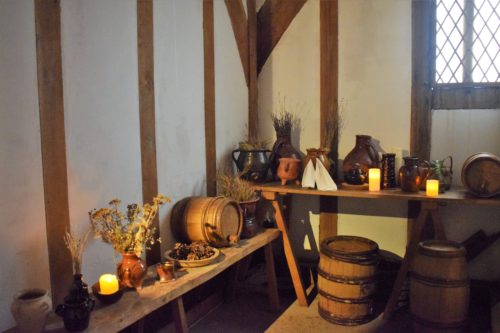 My favourite areas were where the servants worked. The dairy and the larder were really interesting to me and I spent some time exploring them. Upstairs Barley Hall currently has a special exhibition – Magic and Mystery. There were lots of interactive activities for children to do, and lots to interest adults as well.

As well as interesting displays, there was a medieval dressing up box; a make your own wand activity and you’re challenged to find the magical properties of plants, stones and wood; plus add the correct stamp in your own booklet which you can take home and keep. I especially liked the section devoted to the uses of herbs for healing and in magic. We certainly learned a few things about medieval magic! 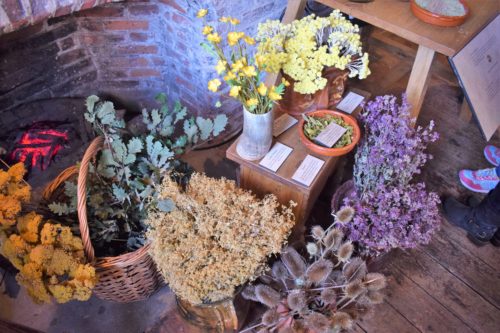 Barley Hall is not huge, but there’s enough to interest and entertain there. It’s great for children as the history is really hands on too. The exhibitions change from time to time, so it’s worth checking before you visit to see what’s on. It really is tucked away in the back streets though, so you might need a map to help you find it.

If you’ve got a little time on your hands and you’re in York, a visit to Barley Hall is an hour or two well spent!

For more information about Barley Hall, visit the website. 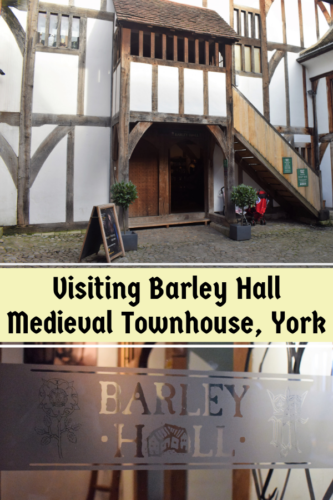