We were invited guests of Visit Derby. All images and opinions are our own.

One of the few upsides to the pandemic is that although I feel less inclined to jet off to far flung places, I’m more minded to explore some of the wonderful cities we have in the UK. I’d heard good things about the city of Derby (mostly from a real ale drinker) and I was excited to be invited by Visit Derby to explore the city for a weekend with a small group of bloggers. 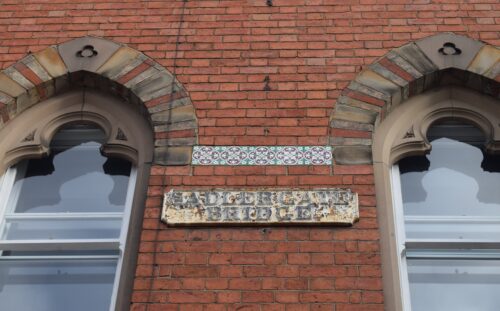 Derby is a not a huge place. I really liked that it was such a compact city that you could explore most of it on foot. Derby has thrown its hat into the ring to become City of Culture for 2025, so Visit Derby drew up a list of some of the must see cultural things to do within the city and we set about visiting them.

My good friend Jenny and I stayed in a lovely serviced apartment on Friar Gate, just a short walk away from the beating heart of the city. The apartments, were clean and comfortable; home to the best shower I’ve had in a long time. We were close enough to the action, but not so close that we were disturbed by the late night hustle and bustle of the city. Staying in an apartment means you don’t have to be up at a certain time for breakfast, and there’s a lounge you can flop about in. Not to mention a decent kitchen to cook in or serve takeaways in. We liked it a lot, and we decided it’s a great option for families as well as groups of friends, like us. 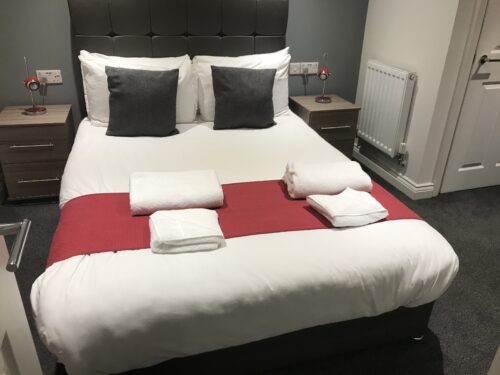 We travelled over on Friday afternoon, and after ditching our bags, we headed to Annie’s Burger Shack for a bite to eat. It’s located in a converted church building and its comprehensive burger menu appeals to hungry lumberjacks, people on date nights, children celebrating birthdays and groups of friends alike. I was very taken with the huge portion of curly fries (the king of fried potato products) which came with my burger, and Terri said her chicken burger was the best she’s ever had. 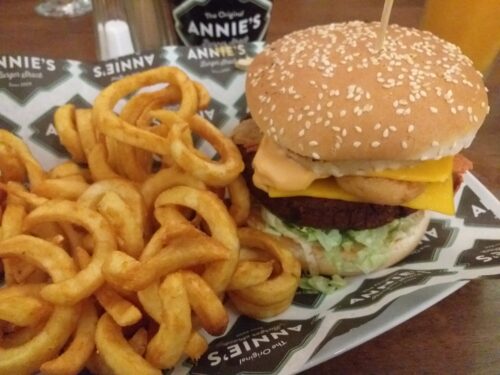 An early start on Saturday morning made me feel grateful I’d laid off the gin the night before. Freshly power-showered, we walked the short distance to Derby Cathedral. Jenny and I opted to have a look around the beautiful cathedral, while the rest of the gang went up the tower to take in the panoramic views of the city and beyond. 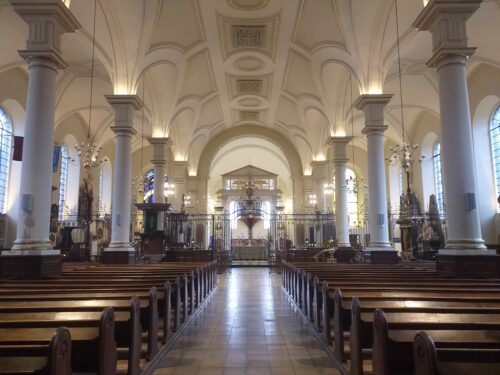 Derby Cathedral is one of the most-visited attractions in Derby. It’s a beautiful calm, reflective space and one which feels so modern, despite being many hundreds of years old. It is home to some fascinating local history stories and you’re welcome to visit and learn all about formidable local woman, Bess of Hardwick; as well as Georgiana, Duchess of Devonshire. You can pop in when it’s open and explore the cathedral, or if you’re feeling fit, book a guided tower tour. 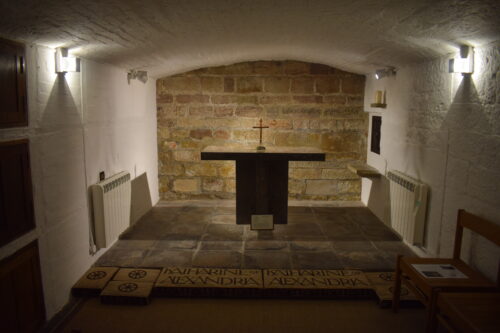 After our whistle-stop tour of the cathedral, we walked to the nearby Derby Museum and Art Gallery. The art gallery is home to a fascinating range of nationally important collections; including the world’s largest collection of work by the 18th Century artist Joseph Wright of Derby. We were given a tour of the various galleries. They’re rightly very proud of local boy, Joseph Wright and his stunning body of work. They have a whole gallery devoted to him, and it’s a wonderful place to explore and learn more about him, his life and his work. 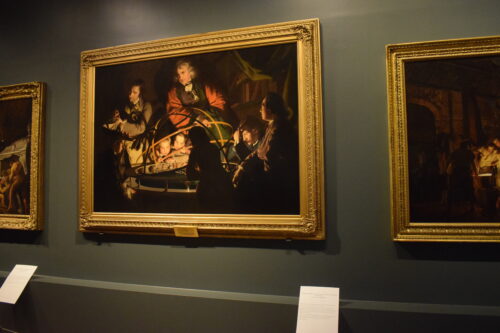 The Museum and Art Gallery could easily have filled an afternoon for us, there was so much to see and do, with many hands-on attractions for children to play with and learn. I’d very much like to go back with my son sometime and show him around, I know this museum would tick many boxes for him. 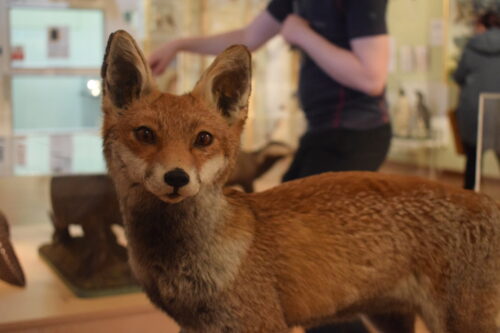 After our tour had finished, we had a quick lunch in The Coffee House café in the museum. It has a small but excellent menu, I plumped for a quick sandwich and a cold drink before we headed off to our next cultural destination in Derby.

For the more athletic in the group, a trip to dance school Déda was a real highlight. Sadly my back would not permit me to join in with any aerial acrobatics, but that didn’t stop the rest of the group. Déda is a very cool space, with lovely light and airy dance studios and a great café. There’s currently an exhibition of photography by Camilla Greenwell, walls of striking photographs of dancers, which worked really well in Déda. 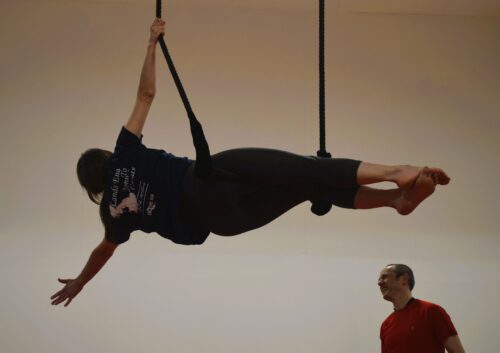 After our adventures in dance, we had the chance to pop back to the apartment and get changed for the evening. I was very excited about what was to come, we were booked in to have a tour of the White Peak Distillery in nearby Belper. The distillery had just released and sold out of their first batch of whiskey, but they did have plentiful supplies of their own rum and gin for us to sample and buy. 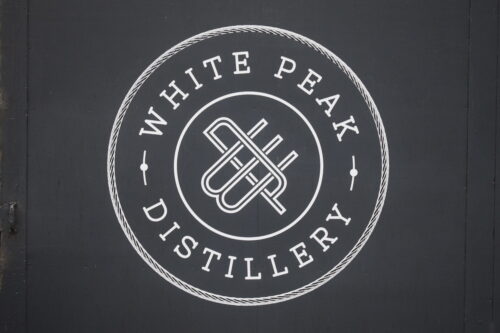 The tour was exceptional. We were taken round by the owner, Max who walked us through the lengthy process of whiskey making, as well as showing us how gin and rum were made too. The room where the barrels of spirits were kept was so delicious smelling, I’m sad that my photos aren’t scratch and sniff! Once the tour was over, Max gave us the chance to taste some of their best selling gins and rum, all of which were available to buy in the distillery shop. It would have been rude to have left empty handed, so I treated myself to a bottle of Shining Cliff Citrus Gin, because I’m worth it. 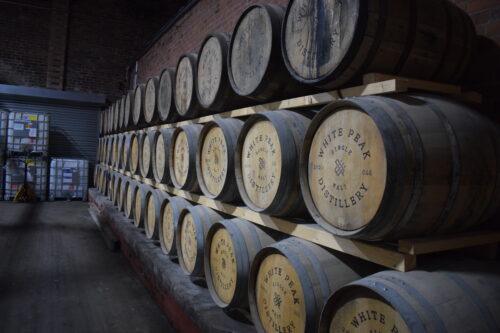 Once our time in the distillery was over, we drove to the nearby Makeney Hall Hotel for our evening meal. We were greeted by chef, Liam who chatted to me about my various (and personally quite annoying) food intolerances. He was kind enough to come up with a menu that would be both delicious and not make me poorly. I began my meal with a hearty bowl of leek and potato soup, with homemade bread and herb butter. My main was a Stilton, leek and red onion tart, and I just had to have a pudding, so I opted for the lemon meringue crème brulée. It was a fine way to finish a very fine meal. The three course set menu was just £30 per person, which is excellent value for a meal of that quality. 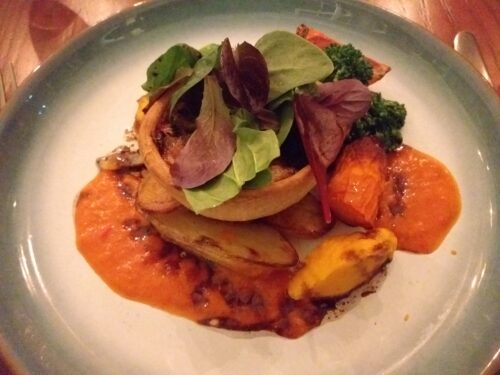 Alas, after a long day exploring Derby, it was time for bed, we had another busy day to look forward to tomorrow.

Sunday morning dawned and with a strong coffee inside us, we headed off to the Museum of Making to check out the Cabaret Mechanical Theatre (which runs until 13th March 2022). This is a really fabulous exhibition of automata made by a group of 12 contemporary artists; including Paul Spooner, Carlos Zapata, Wanda Sowry and Fi Henshall. The automata combine art and engineering to make curious (and sometimes completely bonkers) moving artworks; and there’s the chance to make your own. I had to have a go and I was very pleased with my simple automata. 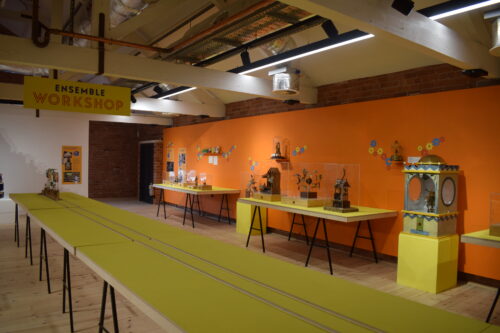 We then had a very quick tour of the Museum of Making, which would be very high on my list of places to take my lad. It’s jam-packed with history and there are lots of hands-on things to do while you explore. The museum is located in the Derby Silk Mill, which is widely regarded as the site of the world’s first modern factory, built in the valley that changed the world. It’s also home to a huge model railway, which runs at several times throughout the day. For those interested in the railways, there’s a whole floor of great things to explore. 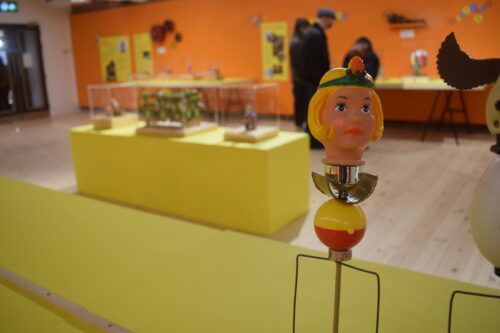 From the world’s smallest engine, to a seven tonne Rolls-Royce Trent 1000 engine suspended the atrium; there are 30,000 objects to enjoy, taking you through 300 years of making in Derby! The museum café, The River Kitchen, is also excellent. Located in the airy atrium, there’s a diverse menu, with something for everyone – they even have Derbyshire oatcakes! 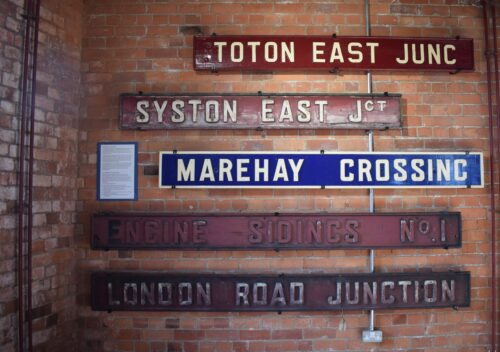 The Cottonworks Café and Bistro

Alas, our time in Derby was coming to an end. Our last stop was The Cottonworks Café and Bistro which is tucked away on the banks of the River Derwent in the oldest building in the UNESCO World Heritage Site of Darley Abbey Mills. We were booked in to try their legendary Sunday roast, and we were not left wanting. If it doesn’t come with a Yorkshire pudding I could wear as a hat, then frankly I’m not interested. Thankfully I was not to be disappointed. 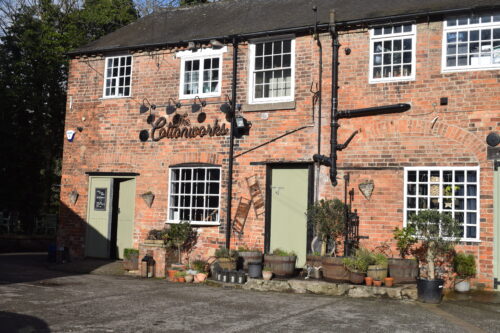 We had a few minutes to spare before our table was ready, so we had a quick mooch around the banks of the River Derwent, which helped build up an appetite equal to our giant roast dinner. I began my meal with a very moreish caramelised shallot pearl barley ‘risotto’, which was very richly flavoured; but somehow still quite light. It was a very excellent risotto (and I’m a bit fussy about risotto). My main was salt baked celeriac with roast potatoes, roasted carrot, tenderstem broccoli, a Yorkshire pud (you could wear as a hat) and veggie gravy. I turned down the mushroom fricassee as it’s one of the things which makes me poorly, but the dish did not suffer for it not being included. Several of the others had room for pudding, and with some regret, I did not. 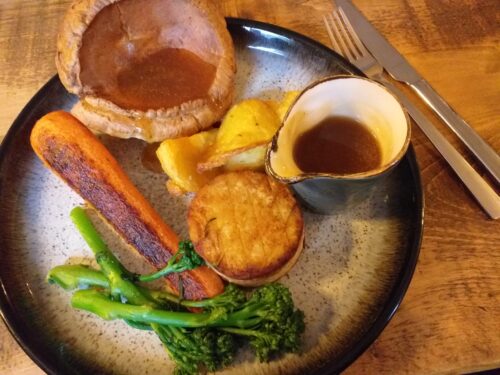 The Cottonworks gave me the best Sunday roast I’ve had in a long time, it’s one of those things that’s so easy to get wrong, but for me, everything on my plate was excellent. It was a fine note to leave Derby on. We headed home with full bellies and heads swimming with culture.

Derby was not somewhere I’d have previously considered as somewhere to take my son to explore, or even for a romantic mini-break; but it’s such a good place to visit. The city centre is nicely compact, which makes exploring on foot a doddle. There are lots of museums and historic places to visit, as well as arts centres and studios. Walking down the streets and you have to be sure to look up, and down, because there are shimmers of history, architecture and culture all around. It’s a fine city, and one I’m keen to visit again soon.

For more information about Derby; what’s on and what to do, visit the Visit Derby website.