Pomanders have been used from the medieval period as a way of perfuming the air. They are oranges, studded with cloves and tossed in aromatic spices, when dried they give off a deliciously festive smell. They are easy to make and if you’re looking for something especially mindful to make, then I can hand on heart say that making a pomander is pretty perfect for that. 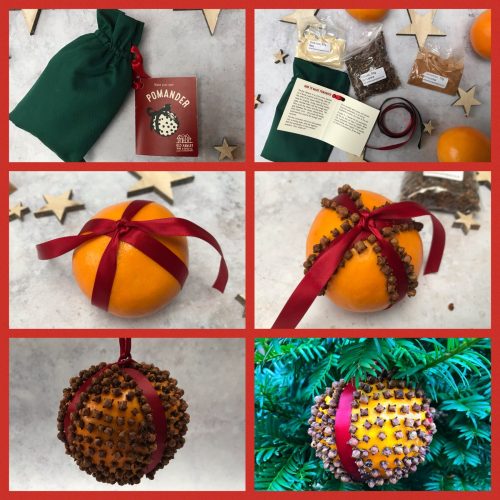 They’re very easy to do and a popular thing to make with children. They’re best made ahead of time to give them time to dry out. I used this Pomander kit from Steenburgs which costs £3.50 and there are enough cloves and spices for two pomanders. It’s excellent value and works out cheaper than buying everything you need at a supermarket (I did a few sums on the back of an envelope).

To make them you tie a long length of ribbon around the orange like you would tie up a parcel. Using a skewer or another sharp pointy object, pierce little holes into the orange peel and push the cloves into the holes. The closer the cloves are the better. Once your pomander is covered in cloves, toss it in a mixture of cinnamon and orris root powder and leave it is a warm place for around a month to dry out. 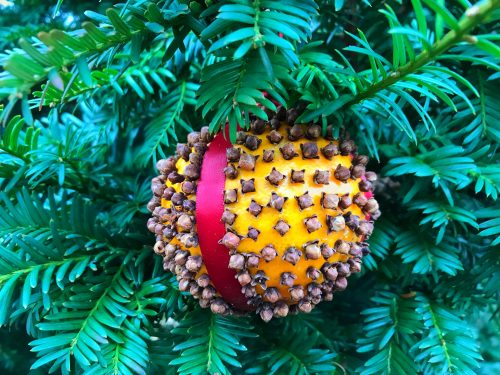 They’re lovely to make and my craft group are getting together next week to drink wine and make Christmas pomanders.

Dried citrus slices are a common sight at Christmas time. Whether they’re hanging from a tree, adorning a wreath or part of a garland, they give a natural splash of colour. It’s really easy to dry out orange slices (or other citrus fruit slices). 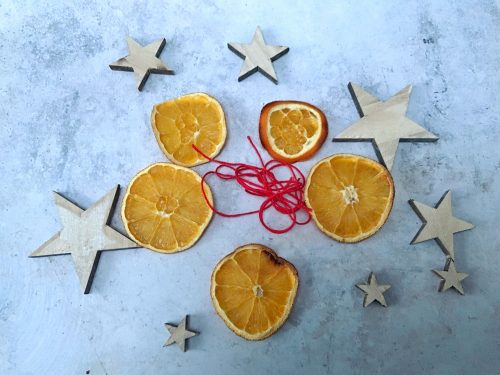 To make your dried orange slices, all you need to do is slice them as thinly as you can, lay them out on a cake cooling rack and pop them in an oven at 120°. Turn them over every 20 minutes or so and bake until they’ve pretty much dried out. This will take 2-3 hours. They will continue to dry out for a few days after you’ve taken them out of the oven, so don’t worry if they’re not completely dry.

For this craft I took some red embroidery thread and a large needle. I made a hanging loop at one end and then threaded the needle through one side of the dried pith, round the back and out of the front of the other side of the pith. I continued this with each slice so the thread was behind each orange slice. Once I’d threaded them all on the red thread, I made a hanging loop at the other end. 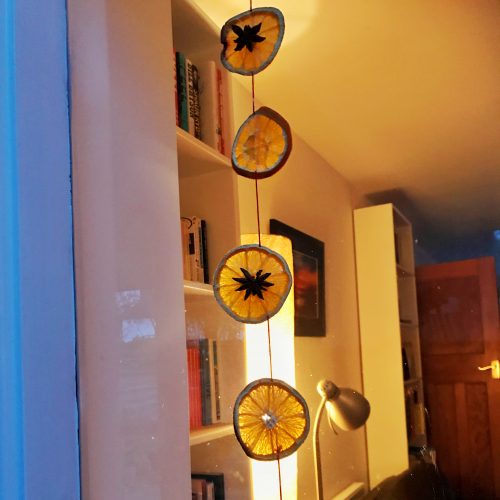 Using my glue gun I glued some star anise onto alternate orange slices and hung the garland where lights could shine through them. Once the tree is up they’ll be hung on the tree in front of fairy lights. You can make your garland as long or as short as you wish, mine was five slices long.

These are lovely, and if you’re drying citrus slices for the garland, then it’s worth saving a few to make these pretty little things to hang on your tree. 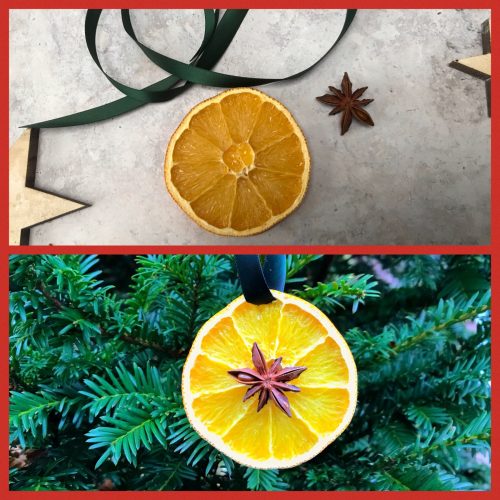 Take your dried orange slice and carefully make a small slit in the pith with a knife. Thread a piece of ribbon through, make a loop and tie a knot in it.

Using the glue gun, glue a piece of star anise to the centre of the orange slice, leave it to dry for a minute and then it’s ready to be hung up in front of a twinkly tree light and admired. 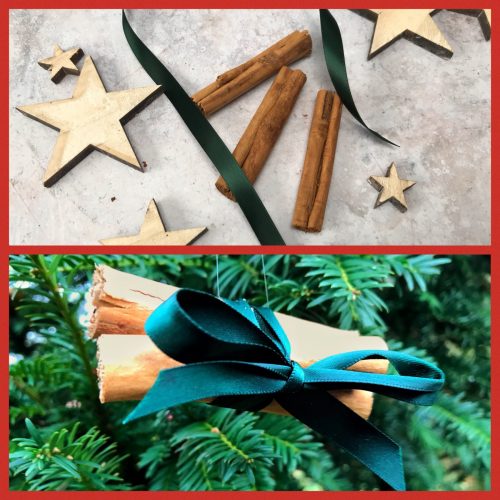 If you love a glue gun, then this craft is for you. Using a nice clean jar which you know is big enough to generously hold a tealight, glue cinnamon sticks around the jar using your glue gun. Leave the glue to dry for a few minutes before using. You may want to finish it off nicely with a festive ribbon tied around it, it’s up to you. It’s simple, looks great and could be the start of a lovely natural centrepiece for the Christmas table. 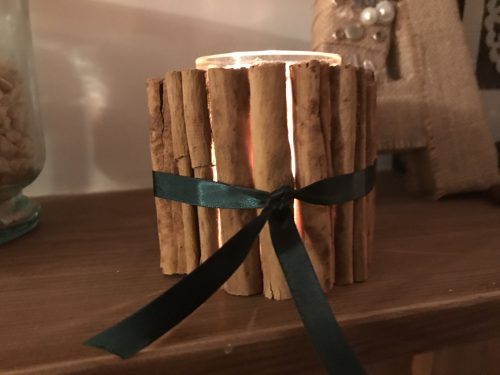 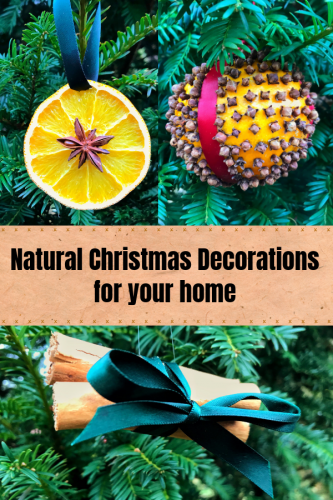