At this time of year there are a million things to do and a million more things to think about. It had been in the back of my mind that I should probably clean my oven before Christmas, but I’d not done anything more about it. It seemed like a chore I could do without. However Oven Pride got in touch and suggested my Christmas dinner might taste a bit better if I did give my oven a good clean, they sent me a box of Oven Pride and it seemed I had run out of excuses not to clean it.

The challenge was to cook a Christmas dinner in my filthy oven, then give it a clean, then cook another Christmas dinner. Thankfully my family like turkey, so we were on!

I can’t remember the last time I cleaned my oven, I think it might’ve been sometime over the summer but I can’t be certain. Regardless it was filthy, the glass on the door was caked in brown stuff to the point where I struggled to see through it. The bottom of the oven had a slight dip in it, so anything that splatters or bubbles over pools there and quickly turns black, burnt and acrid. 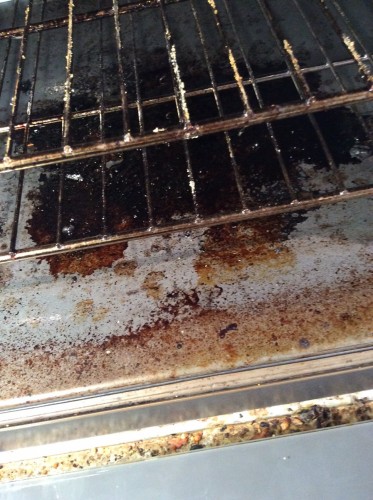 I popped the turkey into the oven, and because our oven is used to fairly quick blasts of cooking we hadn’t realised how bad it was. After 45 minutes of the oven being on, the kitchen quickly filled with smoke and I had to keep the back door open. My eyes started stinging every time I went into the kitchen and regrettably I’d left a damp coat over a chair, so that stank of smoke and grease and had to be washed the next day. The kitchen reeked and it was very hard to spend any time at all in there whilst the oven was on. I hardly dared to imagine how the food would taste.

I’d cooked the turkey, stuffing, roast potatoes and roast parsnips in the oven. I’m veggie so I don’t know how the turkey tasted, but the roast potatoes and parsnips did have a slight smoky taste, and if I’m honest the whiff of the oven was still hanging in the air while we were eating, so I was very put off by it. I could only imagine what my guests on Christmas Day would think sat in an acrid, smoke-filled kitchen tucking into turkey and all the trimmings – not impressive. Action needed to be taken. 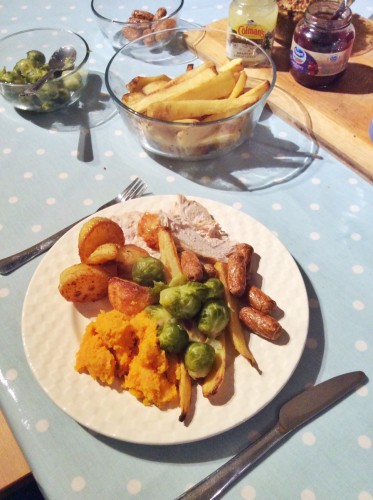 I was so disgusted I could hardly wait for the oven to cool down enough for me to get cracking with the cleaning. In the box comes a pair of gloves to protect your hands, a large bag to soak your oven shelves in and of course a big bottle of Oven Pride. Read the instructions carefully before you start, but it is very simple to do. I would recommend leaving it overnight rather than the 4 hour minimum. We left it for four hours but our oven was so filthy it needed a longer soaking, so we did the oven again, the second time overnight. 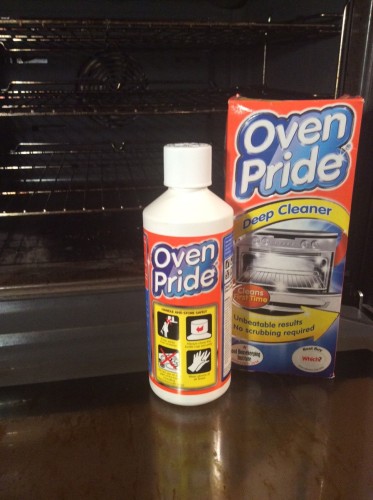 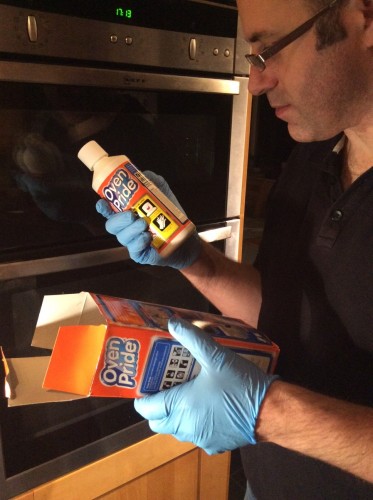 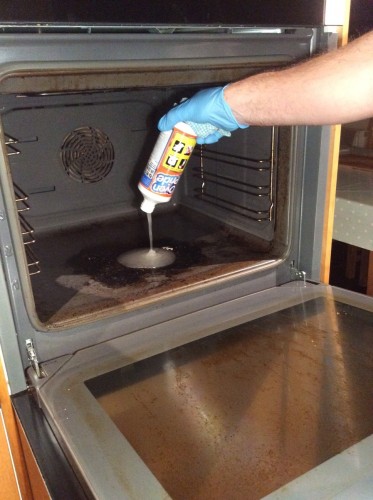 The shelves in the bag were amazing – a revelation. You could see the grime coming off them almost instantly and once they’d been left overnight and rinsed clean they shone like I’d never seen before. I was very impressed. 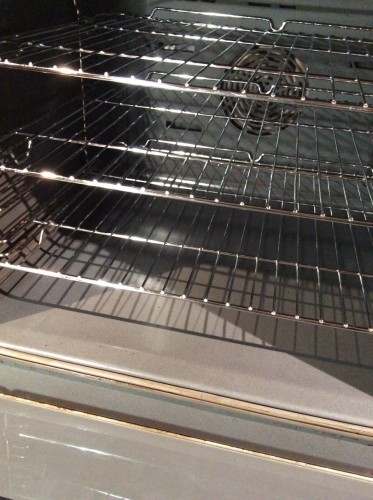 As you can see the oven is spotless, you could eat your dinner off it and those shelves are zingy clean and shiny! It was time to put it to the test, it was time to cook turkey number two!

I cooked the exact same Christmas dinner as before, only this time it was in a clean and shiny oven. This time there was no smoke, the kitchen was a nice place to be, all was as it should be. 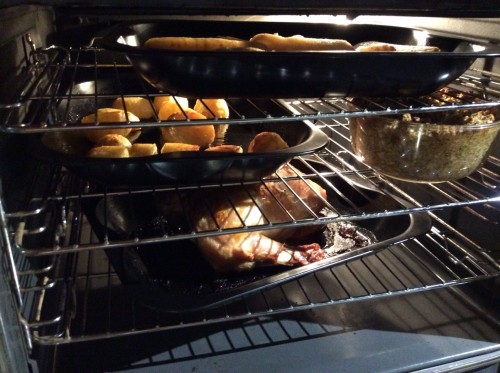 The dinner was how it should be, the boys enjoyed the turkey, the roast potatoes and parsnips were really good (even if I do say so myself) and not at all acrid or smoky. Christmas dinner was a success! 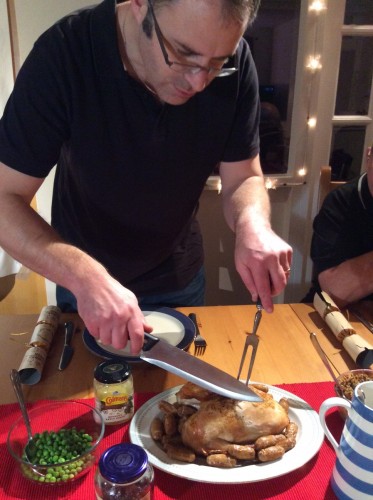 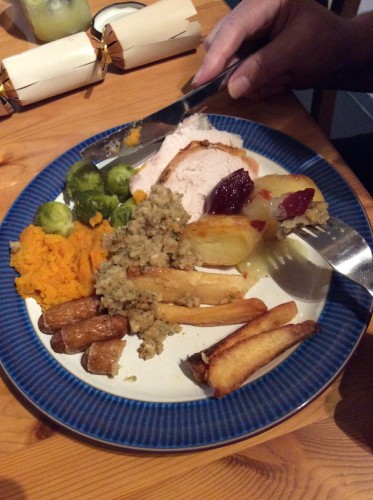 I’m ashamed that I let my oven get in such a state. I promise to try and keep my oven clean from now on, knowing what a difference it makes to the taste of the food. Using Oven Pride is really simple, there’s very little elbow grease involved, and if you leave it overnight even the most stubborn oven grime is easily removed. I guess if you keep on top of it, cleaning your oven maybe twice a year then the filth doesn’t build up. Take it from one who knows, don’t let your oven get smoky and disgusting like mine.

Note: We are sent the Oven Pride to try for review purposes and we were compensated for cooking the meals, but all images and opinions are our own.