When you think of Easter, one of your first thoughts is probably about chocolate eggs. In recent years there have been a few changes to the eggs kids might find left by the Easter bunny, and not all of them are now made of chocolate.

It’s also nice to be able to give something that won’t be gobbled up in five minutes, especially as my son usually gets given a lot of chocolate eggs. We’ve been gifting a combination of chocolate eggs and play eggs for the last few years, much to the delight of my son. This week we received the Paw Patrol Craft Egg from Sambro to put to the test. 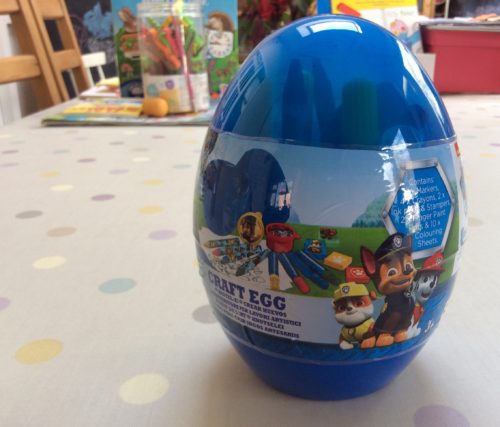 The Paw Patrol Craft Egg is ideal for little artists who enjoy being creative and who like to have fun creating, painting and drawing. The Craft Egg is a great way to encourage and develop their creativity and imagination. Plus it will also keep your little ones busily entertained for a while. 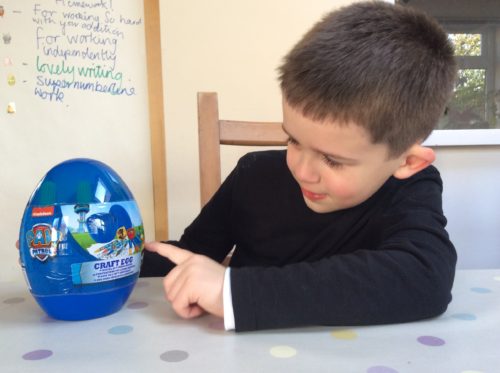 He was incredibly excited when he saw the Paw Patrol Craft Egg sat waiting for him on the table.  I helped him peel the wrapper off (which is tricky and will probably need a grown-up and a pair of sharp scissors) and then he opened up the egg. 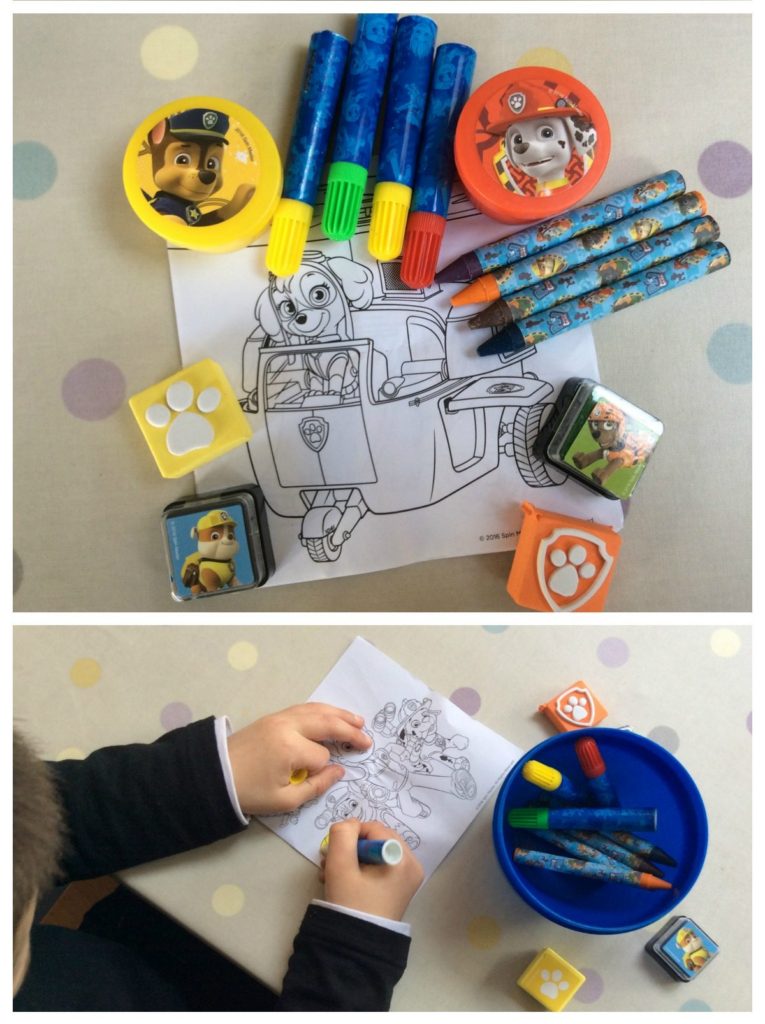 He was absolutely delighted with his Paw Patrol Craft Egg. Once we’d unpacked it and looked at everything inside, he diligently sat colouring the pictures in and stamping them with his new Paw Patrol ink stamps. He happily crafted and coloured away for over an hour.

I think he will come back to his craft egg several times over the next few days. He has already coloured in the ten pictures which were included, but with the paint, felt tips, crayons and ink pads included, I am sure he will create a number of artworks over the Easter break.

The Paw Patrol Craft Egg from Sambro costs £5.99 and is a good alternative to the traditional chocolate egg. There are a number of different craft eggs to choose from which include Minions, My Little Pony, Shimmer & Shine and Disney Princesses. The Paw Patrol egg is available in pink or blue. They are available from a range of retailers, but I’ve seen them online in both Amazon and Ocado. 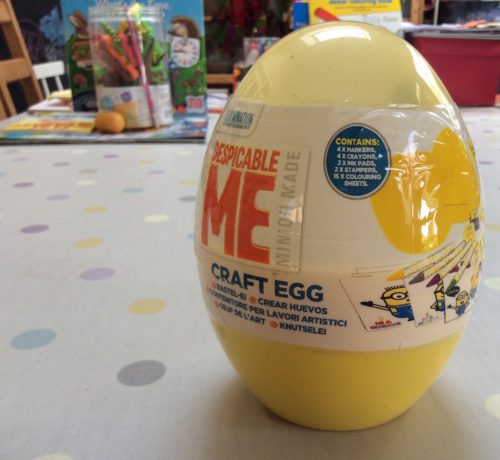