AD/Gifted. We were sent two plush toys from the Disney Plush Classic Range in exchange for a review. All images and opinions are our own.

My son loves a cuddly toy and he likes to fall asleep cuddling his current favourite plush. His favourites are usually characters from whatever TV programme or film he’s been watching lately, and thanks to months of lockdown, we’ve been watching plenty of films together.

This beautiful range of Classic Disney soft toys features collections from seriously classic Disney films including Bambi, 101 Dalmatians, The Aristocats, Lady and The Tramp and so many more and has all of your favourite, recognisable Disney characters, in a range of sizes which make the perfect gift for any Disney lover. 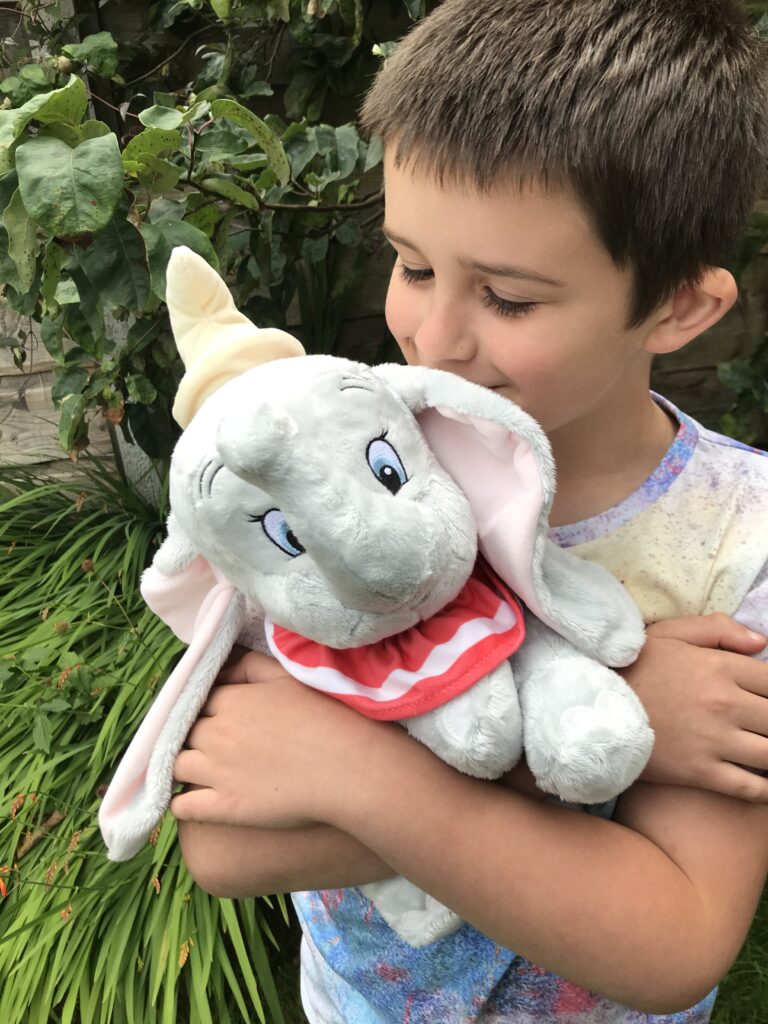 We were sent a lovely soft and squishy 35cm Dumbo the elephant (rrp £19.99) and a 17cm Baloo (£9.99) to cuddle and get to know a bit better. 25cm plush toys will be available in this range later on in the year. The plush toys are both so soft and huggable, they’re suitable for ages 3+ and I can see them being incredibly popular with all ages, everyone loves Disney don’t they?

As well as the Classic collection, there is a whole host of Disney plush to collect in a variety of ranges and sizes such as Princess, Mickey and Minnie, Frozen 2 and Toy Story.

The boy loved his Baloo plush; he’s a big fan of The Jungle Book so he recognised him instantly. I also have a very soft spot for this lovable bear. The Jungle Book was one of my favourite films as a kid and I still love it now. He loved Dumbo, because how could you not? The plush is so soft and squishy and huggable enough to cuddle as you’re drifting off to sleep at night.

These plush toys are really well made and feel like they will be pretty robust and able to withstand years of cuddling. 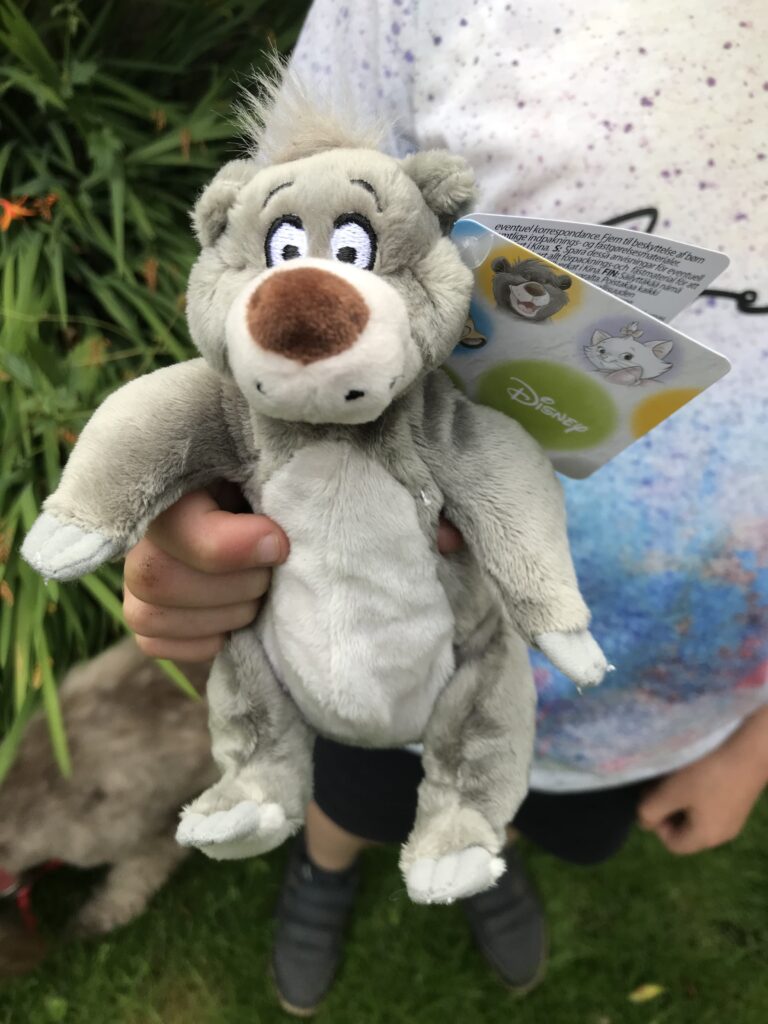 The Disney Plush Classic Range is available from a wide range of retailers including Tesco.

AD/Gifted. In 2001 Sir David Attenborough brought us the Blue Planet series. 16 years later in 2017 Blue Planet II hit our screens and it has been credited with highlighting the serious problem of plastics in our oceans and the environmental impact we humans are causing. Blue Planet II was essential viewing for our family, it’s a series which young and old can learn so much from.

After watching and loving Blue Planet II, we made a point of visiting lots of aquariums to find out more about aquatic life. My 8 year old is really quite knowledgeable about marine life, and a lot of that is due to the work of Sir David Attenborough and his Blue Planet team. 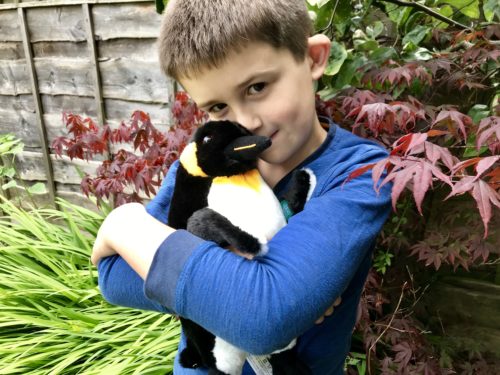 This month sees the launch of the BBC Earth Plush range from Posh Paws. This is a collection of Blue Planet II and Planet Earth II plush toys. They have been made with premium plush fabrics and they are spectacularly detailed. They’re really soft and huggable and we adore them! 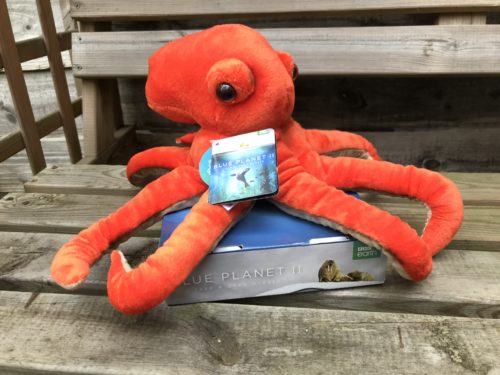 We were sent the Blue Planet II Sea Turtle, Octopus and Penguin to give a home to. The 10″ plush toys are £16.99 each and are so lovely.

First things first, lets take a look at the packaging. As you can imagine, plastic is kept to a minimum. The toys are mounted on a recyclable cardboard base. It’s impressive that the packaging is almost all recyclable and very in keeping with the ethos of the BBC Earth brand. 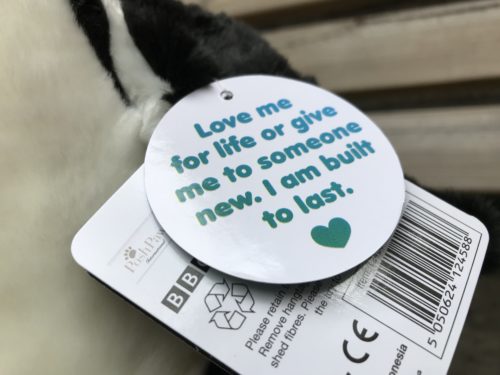 There’s also a “Love me for life” tag, reminding people that these aren’t throwaway toys, they’re for life and if you no longer want them you can pass them on to someone who will love them again.

The plushes themselves are suitable from birth, very soft, squishy and cuddly. Each has the BBC Earth logo sewn onto them, a badge of authenticity if you will. Each creature has its own tag with interesting information about that animal. There’s also a QR code you can scan to be shown clips from Blue Planet II or Planet Earth II.

My favourite (because I do love an octopus) is the octopus. It’s got 8 legs which are slightly springy. They’ve been sewn in such a way that you can stretch them out and they spring back. The detail is terrific, the shell on the sea turtle, whilst soft, has a really detailed shell pattern, the eyes and facial features are really lifelike too. The penguin is adorable, he was my son’s favourite. He cuddled him all night and he likes everything about him. 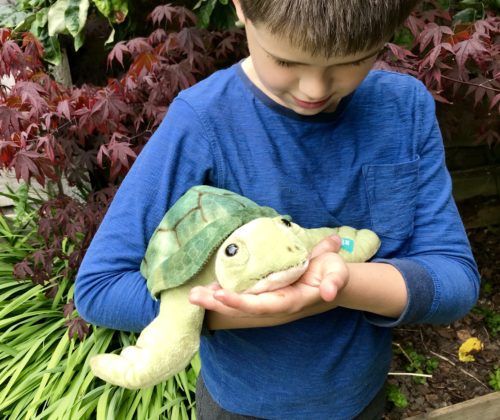 I think these BBC Earth plushes are fantastic. It’s really nice to see such good quality, true to life soft toys. They would make a great gift for an animal lover, young or old and scanning the QR code is such a good way of learning more about the cuddly creature in your care.

The BBC Earth Blue Planet Plush Toys are available from Waterstones and other retailers.

Disclosure: We were sent these BBC Earth toys for review purposes. All images and opinions are our own.

Winnie the Pooh has been a children’s favourite for almost a century. The first collection of stories about this wonderful bear and his friends was first published in 1926. Since then Christopher Robin, Winnie the Pooh and friends have been a part of so many childhoods. This summer sees the release of the Christopher Robin movie starring Ewan McGregor.

To celebrate the release of the Christopher Robin movie on 17th August, Posh Paws have just launched their Winnie the Pooh plush range; and what a range it is. The characters are all based on the original drawings of Winnie the Pooh and friends, so they have a wonderful original, vintage feel to them. I was never 100% happy with the modern cartoon version of Winnie, I’ve always much preferred the original. 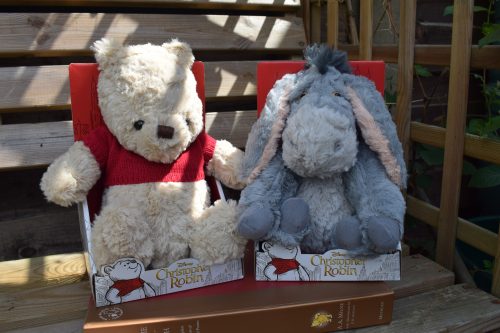 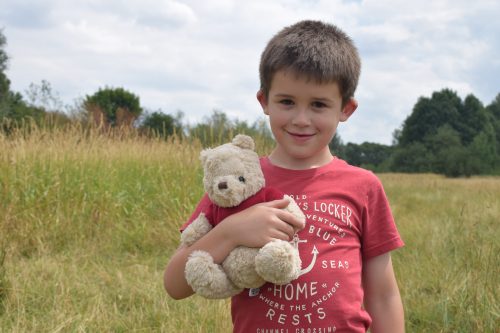 These Christopher Robin movie Winnie the Pooh Plush toys are really sweet and special. They are officially licenced from Disney, so they’re the real deal. The super soft plush makes them so fluffy and cuddly. Winnie the Pooh is wearing his knitted red jumper which makes him instantly recognisable. Both Winnie and Eeyore are wonderfully snuggly and great to cuddle. 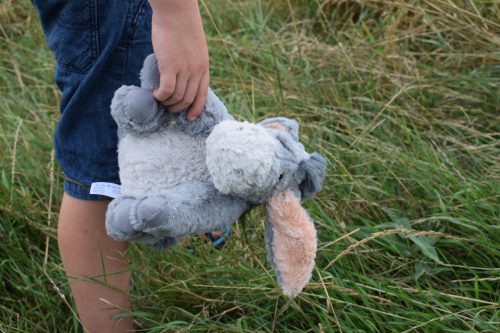 The Posh Paws Christopher Robin movie plush toys are suitable from birth and these vintage, heritage style toys are so soft and cuddly, I am a little bit in love with them. They would make a really wonderful gift for a newborn, or for any Winnie the Pooh fan. They’re a real keepsake, true to the original illustrations by Ernest Howard Shepard in the A.A. Milne books and just the thing for little ones to cuddle as they snuggle down at night. 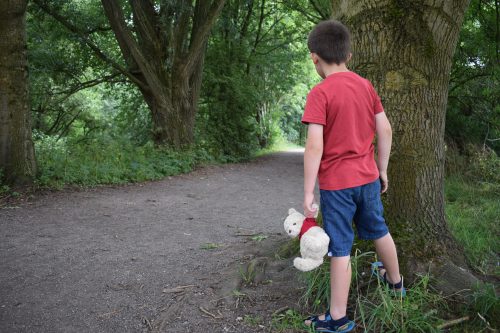 These Christopher Robin movie Winnie the Pooh Plush soft toys are available to buy from Debenhams and a range of other retailers.

Disclaimer: We were sent these Christopher Robin Movie Winnie the Pooh soft toys for review purposes. All images and opinions are our own.